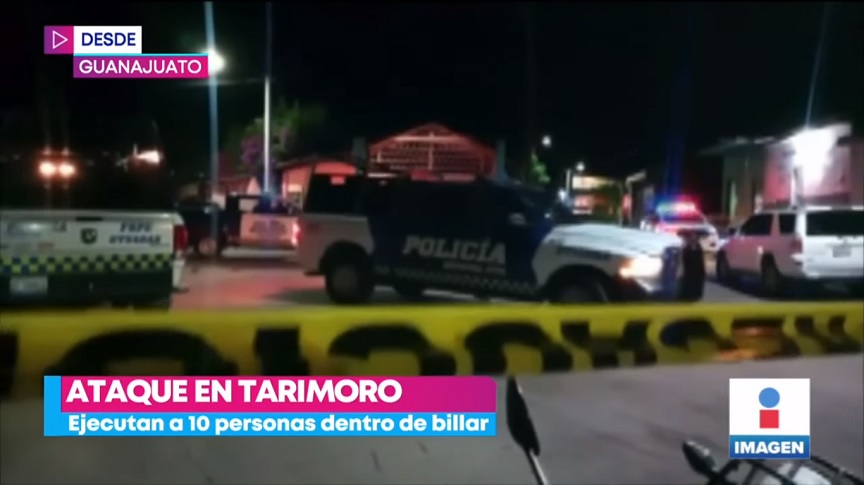 Armed group he murdered ten people inside a billiard room at Guanajuato (central), a state that is among those most affected by the violence of gangs of organized crime in Mexicothe authorities announced yesterday Thursday (22/9).

The massacre was committed on Wednesday (21/9) in the community of Tarimoro, according to the state prosecutor’s office. Nine bodies were found on the spot, while an injured person later succumbed to a hospital, the same img clarified.

Guanajuato’s governor, Diego Sinue Rodríguez, condemned the “cowardly attack” on Twitter and pledged to restore order. According to local media, Rodriguez claimed the attack was a settling of scores between rival gangs.

An industrial state with a booming economy, Guanajuato has turned into the most violent Mexican state due to the conflict between the Santa Rosa de Lima and New Generation Jalisco cartels, which mainly engage in drug trafficking and fuel theft, among other things.

Mexico has had more than 340,000 murders – the vast majority attributed to gangs – and at least 100,000 disappearances since the controversial “war on drugs” was declared with the deployment of the military inside the country in 2006.