More boys like them! Students cooperated to give pepper spray to their classmates

Currently, violence against women is an issue that is increasing in Mexico; Far from ending, there are more and more missing women and, in the worst cases, femicides. The situation is so critical right now that every girl must take extreme precautions when leaving to return home safe and sound.

Given the insecurity that every woman faces in the country, it is good to know that more and more boys are concerned about their well-being and do things to make girls feel safer. Like these students, who cooperated to buy pepper spray and give it to their classmates. 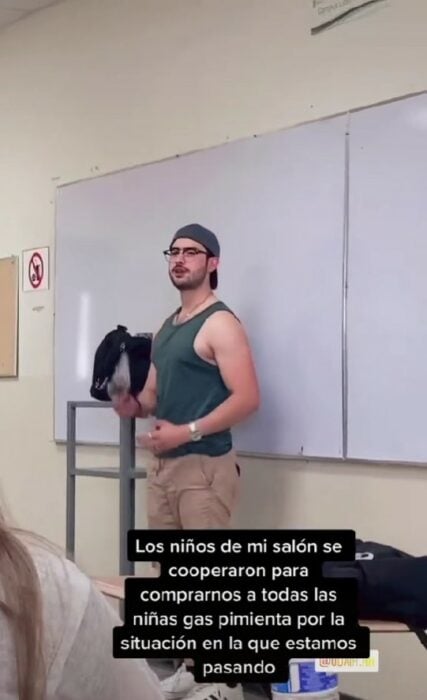 The viral video was shared on the TikTok account of @ximenaaacano_where you can see a student from the Autonomous University of Baja California (UABC), who in front of the classroom explains that all the men in the room cooperated to give them pepper spray for personal security purposes.

The girls were so amazed by the action and attention from their classmates that some were moved to tears, since it is a gesture that they highly value in the face of the situation we are going through.

The recording that went viral is an example of the measures that every girl must take in the face of the harsh and violent reality that women live today, so it is something that men should take into account and consider so that they can all reach safe to your destination. 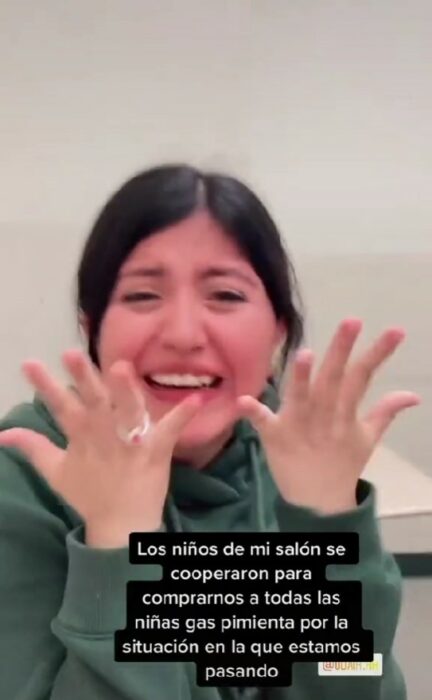 The video that became popular had the caption “the children in my room cooperated to buy all the girls pepper spray because of the situation we are going through” and had the song as audio Saint lucas by Kevin Kaarl, but in the comments they asked Ximena to upload the original clip. She did, although she clarified that the original audio is very quiet.

May 21, 2022
Former senator Ingrid Betancourt, who was held hostage by the Revolutionary Armed Forces of Colombia (FARC) for…
Prev Next 1 of 13,442
More Stories

A painful farewell… Puppy grows old with his owner and they…