New movies of the week in good quality. 5 latest digital releases you can find online

Nothing better than the Internet for disseminating information has yet been invented. Film companies are well aware of this, which is why they promptly released digital releases of all their new films in the past. In recent years, this trend has become even more evident, as the opening hours of cinemas have been noticeably reduced due to the pandemic. Now on online platforms, new feature films, as well as animated films, can often be viewed almost on the day of the premiere on large screens. And the studios, which are entirely focused only on online, continue to gain momentum. There are plenty of recent digital releases.

Many certainly remember the terrible event of June 2018, which made the world worry. We are talking about an incident in Thailand, when a football team of 12 young guys, as well as their coach, got stuck in a labyrinth of caves during the sudden onset of the rainy season. Then the whole world came together to save their lives. The rescue operation lasted 18 days – all this time the players remained imprisoned in the cave, completely cut off from the outside world. The combined efforts of rescue teams from different countries managed to save the team in full force – it was this story that Hollywood director Ron Howard decided to perpetuate with a film.

The film is watched in one breath. There are no additional lyrical deviations or parallel storylines. The narrative focuses solely on the main story. Howard was able to create a solid, gripping drama from a less than cinematic story. Some minor points were omitted, but the picture came out extremely realistic and almost documentary. The tension from watching does not let go even at the end of the film – Ron Howard, in his usual manner, created a real masterpiece. The film once again emphasizes that by joint efforts people are capable of great achievements. 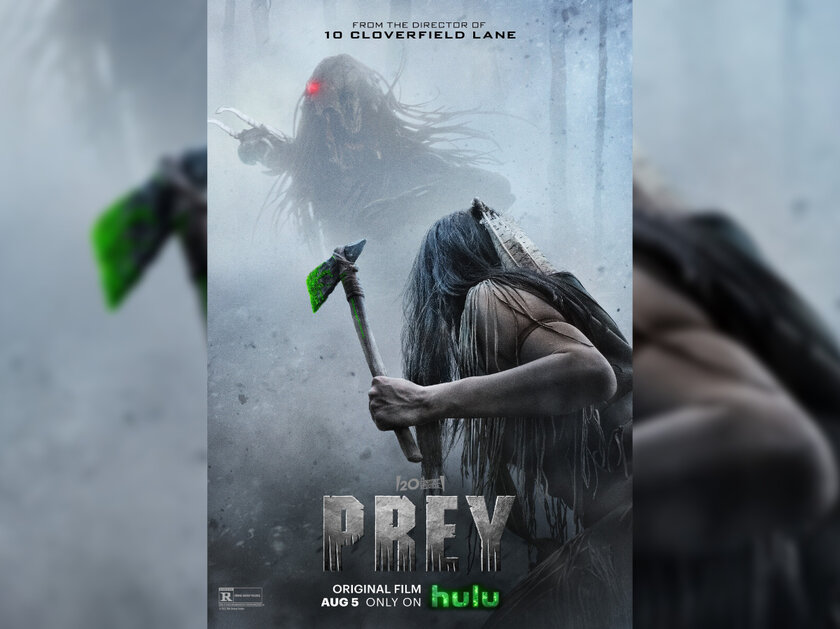 Ever since the distant 1987, when the world saw the first “Predator”, his image firmly settled in the minds of the audience and many of them sincerely fell in love. With each subsequent film, they saw a familiar alien in new circumstances. The new feature film is another prequel to the well-known film series. This time, an alien invader lands on the lands of North America at a time when indigenous Indian tribes still lived there. Fighting him in this part is not a huge muscular Arnold Schwarzenegger with a machine gun at the ready, but a young hunter Naru from the Comanche tribe, armed with a spear and a tomahawk.

The picture is replete with violence, but there is something bewitching in it. No loud slogans, additional motives of characters and other excesses – only a primitive desire to survive, to protect yourself and your tribe. All this takes place against the backdrop of the stunningly beautiful landscapes of North America. The film uses a minimal amount of computer graphics, except for the creation of the alien itself. A red thread through the whole picture of Dan Trachtenberg stretches the idea that man is the greatest hunter. That is why, in the end, a fearsome alien warrior becomes his prey. 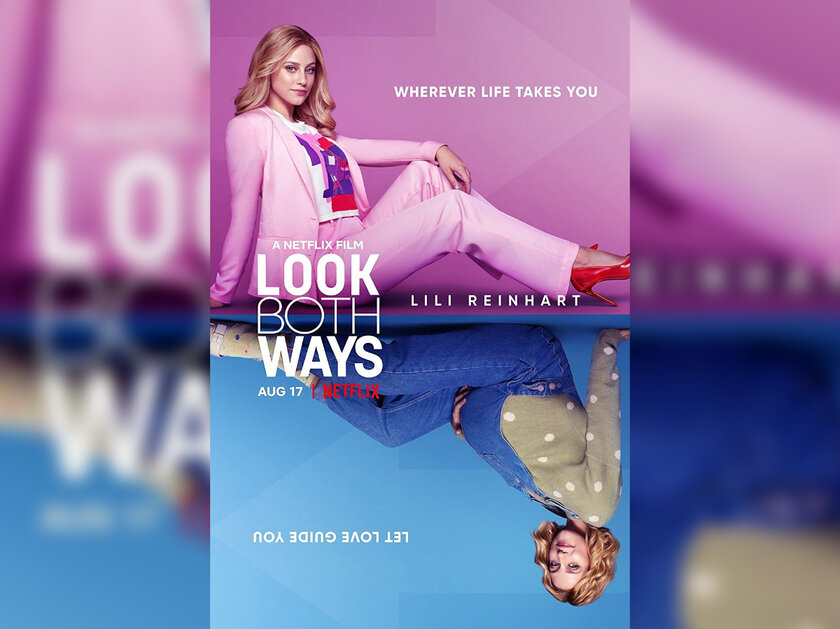 A picture that reveals problems familiar to many. Lili Reinhart stars as the young and ambitious Natalie. The story begins with the heroine praying to all the gods on the day of her college graduation, waiting for the result of a pregnancy test. It’s all about spontaneous intimacy with an old friend named Gabe, played by Danny Ramirez. The girl has a clear plan for the future: she dreams of moving to Los Angeles and becoming an animator in a large studio. But all dreams can go to waste if the test is positive. She looks at the result with bated breath…

From this point on, the story splits into two parallel stories. In the first test, it turns out to be negative – Natalie packs her bags and, together with her best friend, rushes to conquer the big city and the world of animation. In a parallel reality, the girl finds out about the pregnancy and decides to keep the child. Natalie has to shelve her plans and move to her parents’ house in the small town of Austin. The stories develop completely separately from each other, and the difference between them is deliberately emphasized. The moral of the film is clear – in any case, the road to happiness will not be straight. To get it, you have to work hard. 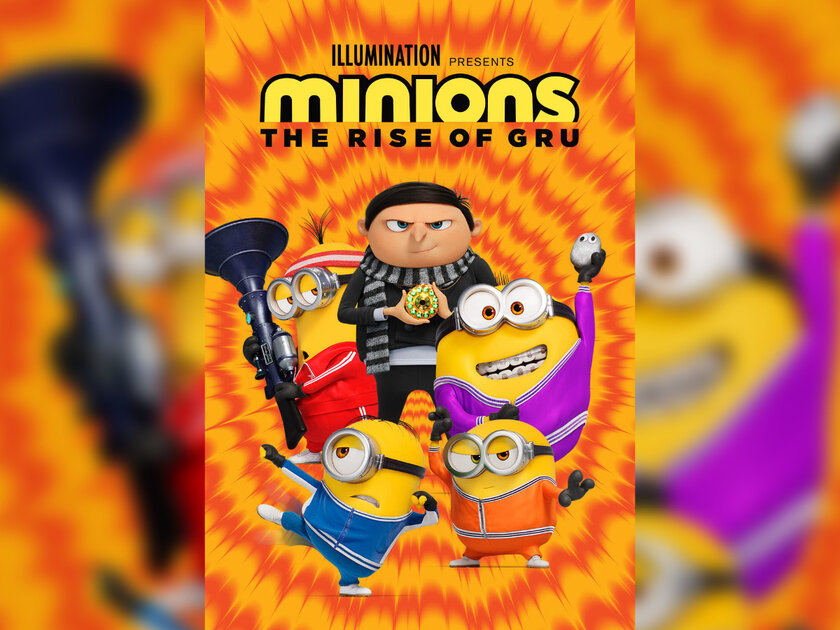 Another animated picture from the American animation studio Illumination about funny yellow creatures loved by everyone and their brilliant leader, the villain Gru. It is a prequel to previous cartoons in the series. Felonious Gru is only 11 years old, but he is already striving to become a super-villain: he even sends an application to join the Evil Six, the largest criminal organization at that time. But, alas, due to such a young age, he is denied. In revenge, Gru with minions Kevin, Stuart and Bob steal an ancient Chinese amulet from the office – the Zodiac Stone.

It would seem that it was in the bag, but there it was. Minion Otto, who was entrusted with keeping the amulet, exchanged it for a child’s toy. When this was revealed, an annoyed Gru fired all the assistants and went to look for the loss on his own. But his plans were not destined to be fulfilled. The villain Brass Knuckles, who obtained the “Stone of the Zodiac” for the organization, overtook the main character. He took him hostage and demanded a ransom from the minions in the form of that same artifact. Kevin, Stuart and Bob learn kung fu to help Gru, while Otto continues to search for the artifact. Will the little pranksters manage to save their leader? The answer is to be learned from the animated picture. 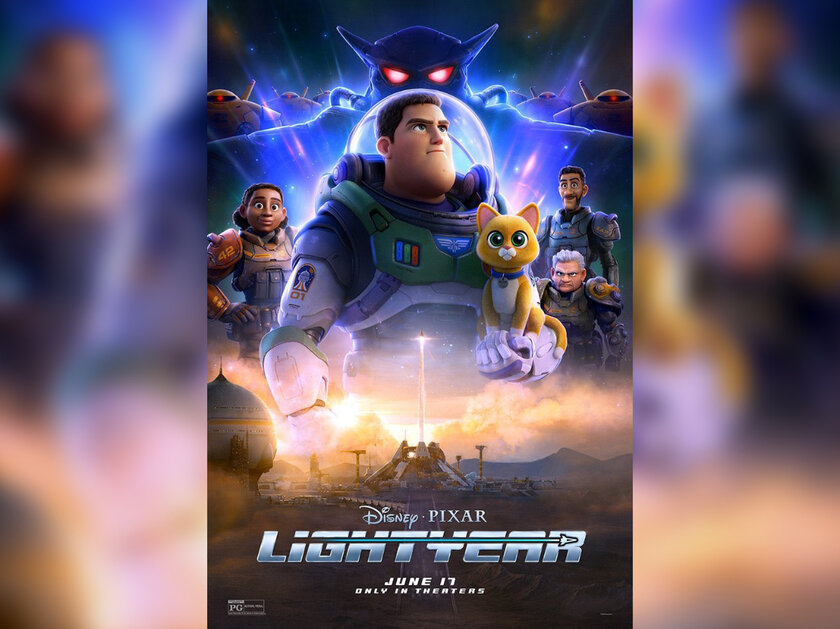 The cartoon is a spin-off of Toy Story. As you might guess from the title, it is dedicated to one of its main characters – space test pilot Buzz Lightyear. He is part of a research team studying the planet T’Kani Prime. It turns out to be inhabited, and the locals are extremely aggressive towards the aliens. Alisha Hawthorne, the commander of the operation, orders a retreat – in the process of escaping, Buzz manages to damage the spaceship. Thus, the entire crew is forced to remain on T’Kani Prime to attempt to repair the space vessel.

So a year goes by. During this time, a small colony with the necessary infrastructure for repairs manages to grow on the planet. There comes an extremely important moment – the test of hyperspace fuel. Without it, there can be no question of any flight, and Buzz personally volunteered to test it. The tests take only 4 minutes – at least it seems to Lighter. But in fact, 4 years pass – this is a side effect of traveling in hyperspace. The colony develops; Buzz meets Sox and they continue their fuel research. After improving his composition, the protagonist is transferred 22 years ahead – right in the midst of a war with the Cyclopes who flew to T’Kani Prime.

Unbelievable: Cat refuses to move and returns to his old neighborhood