HUAWEI has unveiled the new MateBook 14 powered by AMD Ryzen 5 5500U. Yes, this laptop looks as stylish as possible. Thanks to the extremely thin metal body, the meager number of design elements and the minimal thickness of the bezels around the display. By the way, instead of the traditional 16 to 9 (or 10), the manufacturer chose a 3 to 2 aspect ratio for it. Thus, he enlarged the screen in height to simplify interaction with text documents, spreadsheets and web surfing. Long battery life and fast charging, capacious storage and plenty of RAM – all this makes the laptop an excellent tool for office tasks.

The design of the HUAWEI MateBook 14 is based on total minimalism. Just look at this laptop! There are absolutely no unnecessary elements on its body, so it looks as stylish as possible. The device is made of aluminum alloy – on the one hand, it is very light; on the other hand, durable. The device weighs only 1.49 kilograms. The maximum thickness is 15.9 mm. Height and width – 307.5 and 223.8 mm, respectively. A beautiful 14-inch screen with modern thin bezels, which will be discussed later, is actually built into the body of a 13-inch laptop. 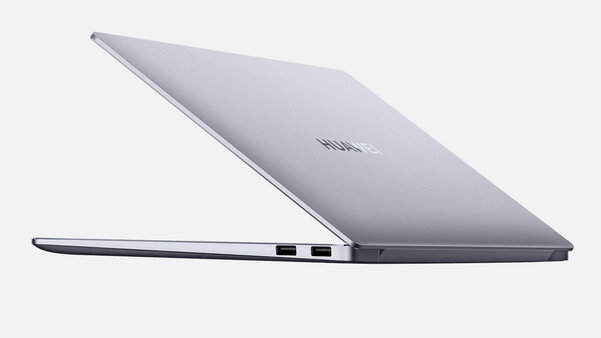 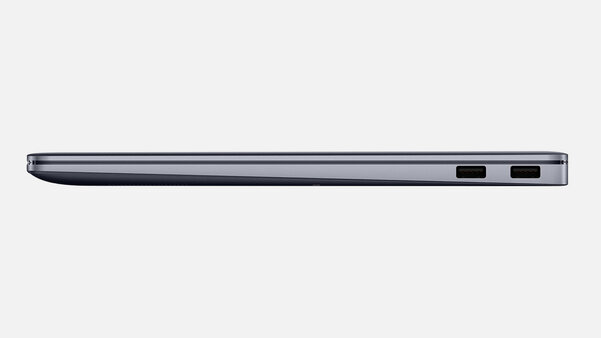 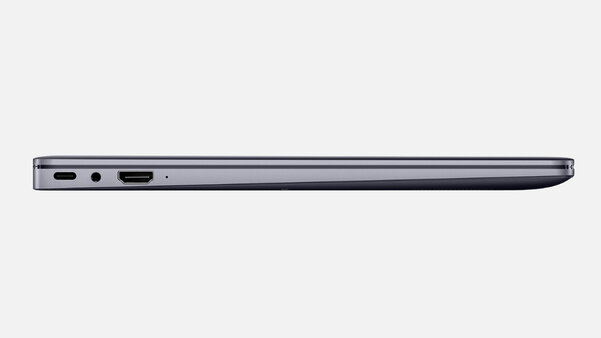 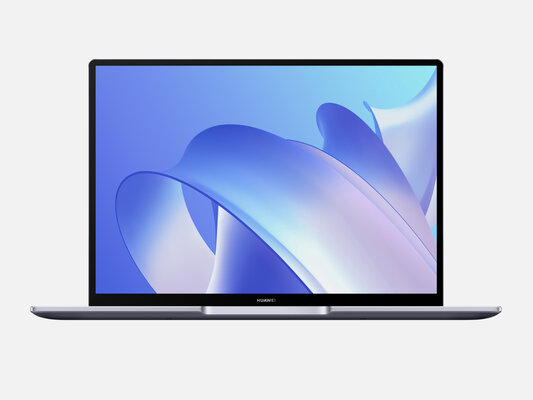 The device is very pleasant from a tactile point of view – you want to touch it again and again. The gadget has a characteristic matte surface that looks great both in the office and at home or in the environment of the nearest coffee shop. This is due to the special diamond polishing of the case.

There is a large HUAWEI logo on the top of the laptop. There are no noticeable elements on the bottom of the case, but on the side faces there was a place for two high-speed USB-A ports of the 3.2 standard on the right, as well as HDMI, 3.5 mm audio output and full USB-C on the left.

HUAWEI’s 14-inch FullView screen deserves just as much attention as the design of a laptop. The manufacturer used a matrix with a resolution of 2160 × 1440 pixels and a density of 185 PPI. During real use, it will not work to distinguish individual points on it even with a strong desire – the picture is very clear and juicy.

It is important to note that the display has an aspect ratio of 3 to 2. Unlike the traditional 16 to 9 or 16 to 10, in this case the height is noticeably increased. This makes it more comfortable to work with any text documents, as well as web pages – more information is placed on the screen. 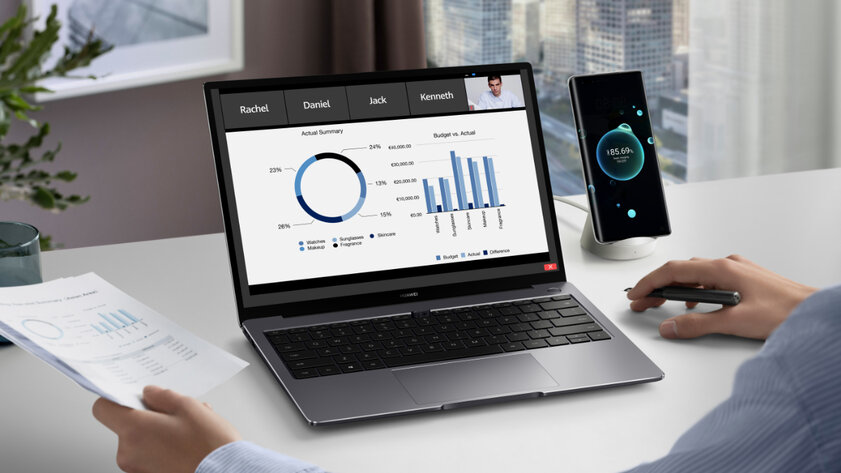 The HUAWEI MateBook 14’s display is very pleasing to the eye. The manufacturer has made every effort to make it comfortable to work with the laptop all day long without long interruptions. The color gamut of the screen reaches 100% sRGB. It has received TÜV Rheinland Low Blue Light and Flicker Free certifications, which confirm the minimum level of harmful blue radiation, as well as the absence of tiring flicker for the eyes. The brightness of the screen reaches 300 nits and the contrast is 1500: 1 – decent values ​​for the display of the optimal office laptop for every day.

The “heart” of the HUAWEI MateBook 14 is the AMD Ryzen 5 5500U processor, made using a 7-nanometer process technology. The chipset uses 8 cores and 16 threads. Integrated graphics – AMD Radeon. On the one hand, the chip has a high performance. On the other hand, it remains energy efficient enough to provide a laptop with long battery life. When the device is connected to mains power, you can activate the maximum performance mode. To do this, you need to use the Fn + P keyboard shortcut – repeated use of this keyboard shortcut returns the optimal values. 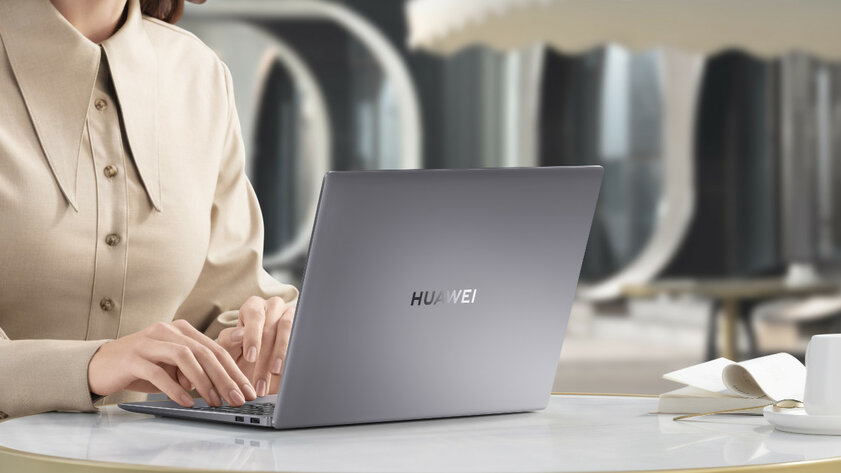 The laptop uses dual-channel DDR4 RAM with a total capacity of 16 GB. It actually installed two 8GB sticks to allow for faster interaction with parallel processes. The total amount of RAM will be enough for any office task.

To speed up the laptop, it also uses a fast 512GB PCIe NVMe SSD. This is enough not only to install all the necessary office software, but to store a large number of documents, tables, presentations, as well as videos and other multimedia files.

Xiaomi and Redmi smartphones received Android 12 even before…

Poisonous planet, gold rush and deer hunting: Icarus made it…

The well-thought-out cooling system of the HUAWEI Shark Fin deserves special attention. It focuses on minimal noise even during heavy laptop use. A pair of fans are installed inside the case, as well as two heat pipes for removing the temperature. In comparison with the previous models of the manufacturer, which already did not differ in noise, the efficiency of the cooling system of the new item increased by 50%. In practice, the HUAWEI MateBook 14 only turns on the fans when the load is really high, and in most cases the device removes heat passively. 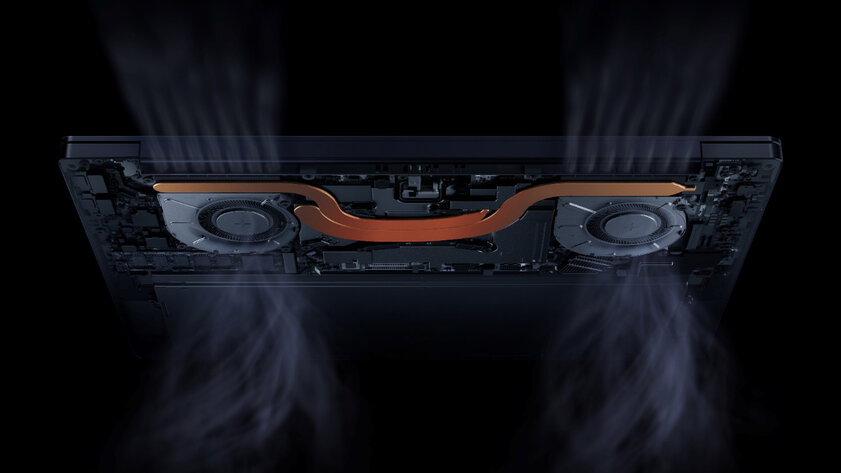 The HUAWEI MateBook 14 uses a large enough 56 Wh battery. Together with an energy efficient processor, it gives you the ability to continuously play videos in Full HD resolution for up to 11 hours. The laptop is charged via the USB-C port. The package includes a 65W power supply with support for HUAWEI Super Charge technology. In 1 hour, the battery of the device can be filled with energy up to 84%, and 15 minutes of charging will be enough for 2.5 hours of standard office use of the laptop. The indicators are more than decent – you don’t have to worry about the autonomy of the device at all.

The manufacturer emphasizes that the included laptop power supply can also be used to charge any other gadgets – for example, smartphones, tablets and smart watches. Moreover, the computer itself can give off energy even when closed, so it becomes an excellent power bank. 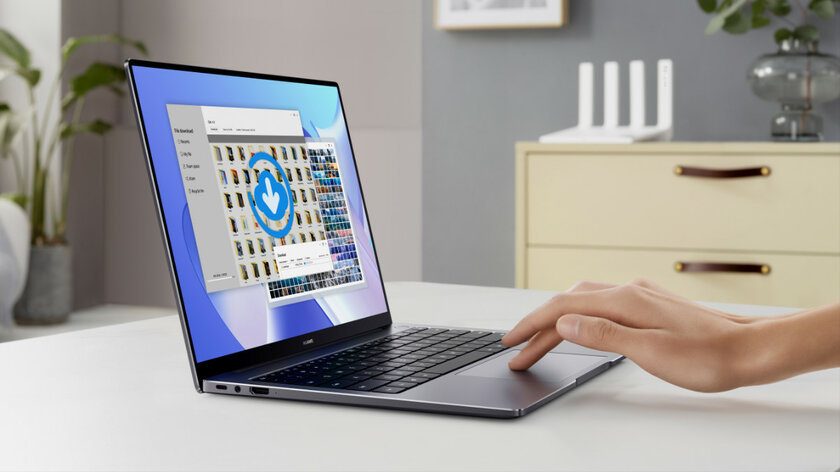 The HUAWEI MateBook 14 uses a pair of powerful speakers for surround sound. To get even more pleasure from them, you can use one of four special modes that are tailored for specific scenarios: cinema, music, games, voice communication.

The device is also equipped with four quality microphones which are used for voice capturing with noise canceling technology. Against the backdrop of the ongoing pandemic and remote employment and the need for regular communication via video, this fact looks especially important.

✓ Fingerprint scanner. It is built into the power button and makes it possible to lock and unlock your laptop as quickly as possible when needed. It’s good that the element is separated from the general keyboard unit, so it’s easy to find it purely tactilely. 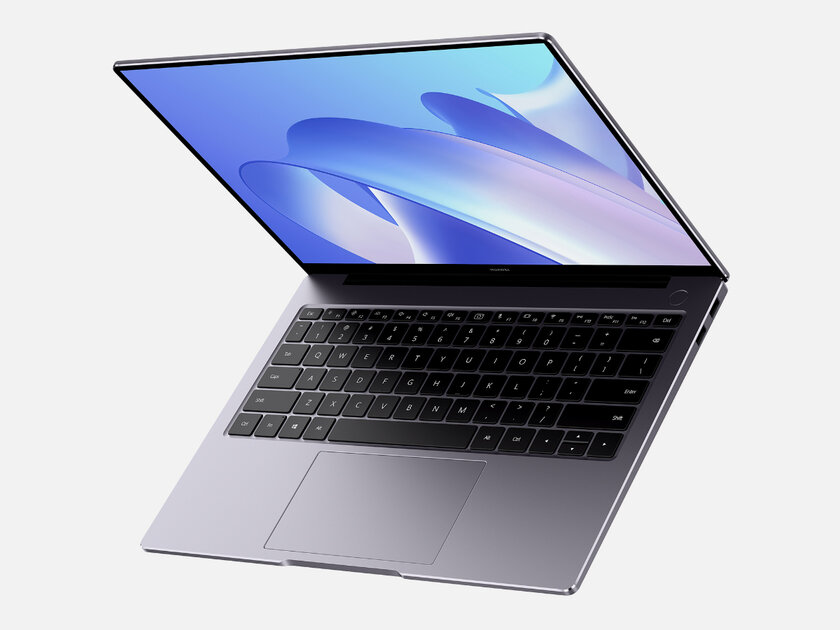 ✓ The camera is hidden in the button. It comes out when pressed and is located between the keys F6 and F7. On the one hand, this mechanism allowed for minimal bezels around the screen. On the other hand, it makes it possible not to worry about the reliability of software protection of its own privacy. 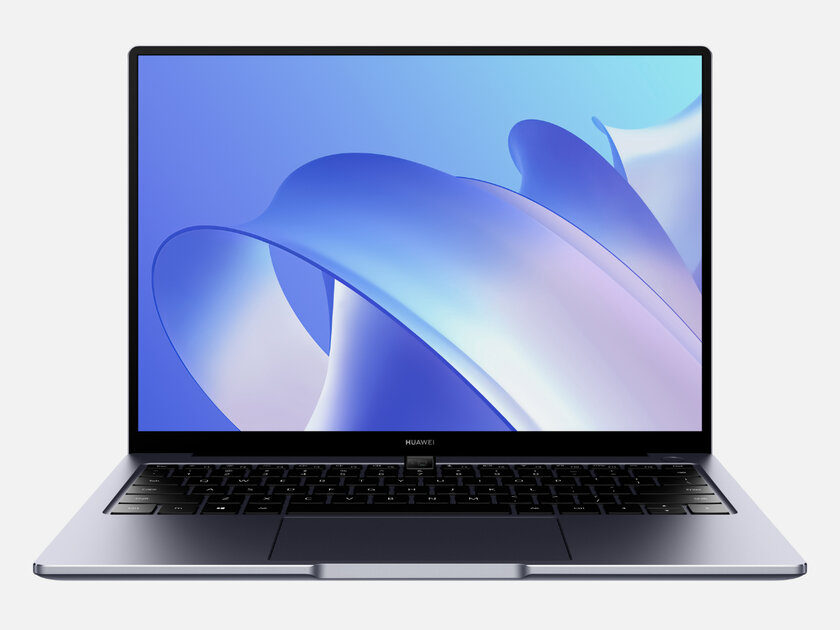 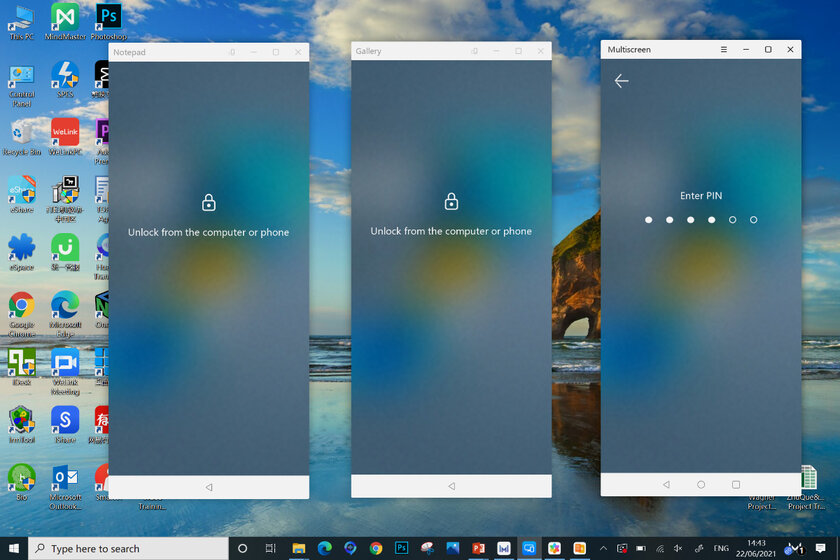 ✓ Multiscreen for tablet. Separately, it is worth noting the possibility of using HUAWEI tablets with a laptop as an additional monitor. With the help of this chip, it will turn out to both expand the workspace and duplicate information in order to demonstrate it to someone.

All in all, the new AMD HUAWEI MateBook 14 has everything to be considered the optimal laptop for office tasks. He has a head of performance, a suitable screen, a stylish and practical body, as well as decent autonomy and a lot of chips. The recommended price is 86,990 rubles. Available from HUAWEI official stores and partners.

The fixed cost coupon is also valid in 2022

Apple could hardly have thought of this: AirTags are heavily used by car thieves.

PlayStation Spartacus will offer access to games for PS1, PS2, PS3, PS4 and PS5, as…

Nigeria: “Door” to civil servants because they did not…

Dec 4, 2021
Closed doors were found by several civil servants in Nigeria, as they did not have a coronavirus immunization…

Dec 4, 2021
A judge of the Federal Supreme Court (STF) of Brazil ordered another one to be opened investigation against…
Prev Next 1 of 6,509
More Stories

Rostec listed real “spy” devices that do not…

NASA to launch invisible laser test that could revolutionize…