In 2021, a huge number of series were closed. Some did not survive the coronavirus, some were long overdue for retirement, and some of them left undeservedly early. Among the closed projects were several long-running series (for example, “Shameless”), several projects previously saved by Netflix (“Lucifer”), as well as projects that kept the quality bar to the end, but left so as not to slide into endless self-repetition (“ Goliath”). About the best TV shows that viewers said goodbye to in 2021, further in the article.

The crime drama from Amazon Prime Video was based on Michael Connelly’s writings about LAPD detective Harry Bosch. The first season of the series, which was released in 2014, was received positively by both critics and viewers. However, both of them had some questions for the series. Already from the second season of the project, the number of positive reviews reached the mark of 100% and did not fall any more. Therefore, the desire of the studio to close the project is surprising. However, this may just be a ploy to keep Bosch as one of the best shows of its time, regardless of the sequel that will soon appear as a spin-off Bosch: Legacy, which will feature almost all the main characters, including Bosch played by Titus Welliver. .

Harry Bosch is one of the most efficient detectives in Los Angeles. Yes, he is not doing well with his personal life, he has a difficult character and he often gets into various troubles, but all his colleagues respect him for his devotion to his work and excellent instinct. Attention to detail and careful approach to materials help Bosch cope with any criminals. It is not surprising that the most influential people from both the underworld and “their own” will put sticks in his wheels. 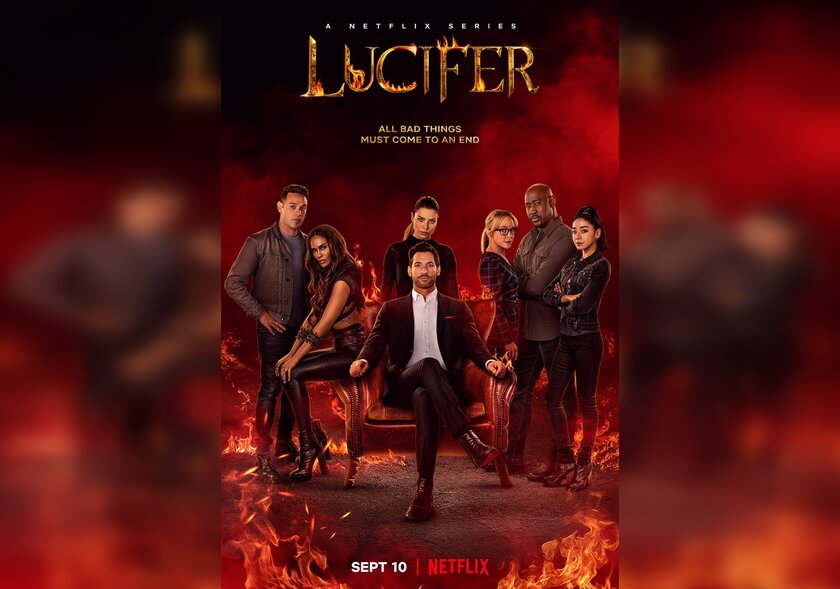 The series Lucifer, based on the comic book series of the same name by Neil Gaiman and Sam Keith, was released in 2016. And although the first season was not very well received, Fox still extended it for a second, and then a third season. The quality of the series has risen, the attitude towards it has improved, but the channel’s bosses were still not satisfied with the performance and it was decided to close the project. And then loyal fans stepped in, literally forcing other studios to consider continuing the series. Their pleas were heard by the streaming giant Netflix, which brought the story to its logical conclusion in the sixth season in 2021.

According to the plot, Lucifer, tired of managing affairs in hell, moved to Earth and opened his own nightclub in Los Angeles. He leads a wild life and does not particularly worry about anything. But one day his friend is killed. Lucifer decides to look into the situation and, if possible, severely punish the culprit. In the process, he meets local detective Chloe Decker and begins to help her. Here he comes in handy ability to force people to tell the truth about their innermost desires. True, Lucifer’s power for some reason does not work for Chloe, which makes him interested in the girl. Lucifer also appeared in The CW’s DCEU Grand Crossover Crisis on Infinite Earths, along with NBC’s Constantine and the heroes of Arrowverse. 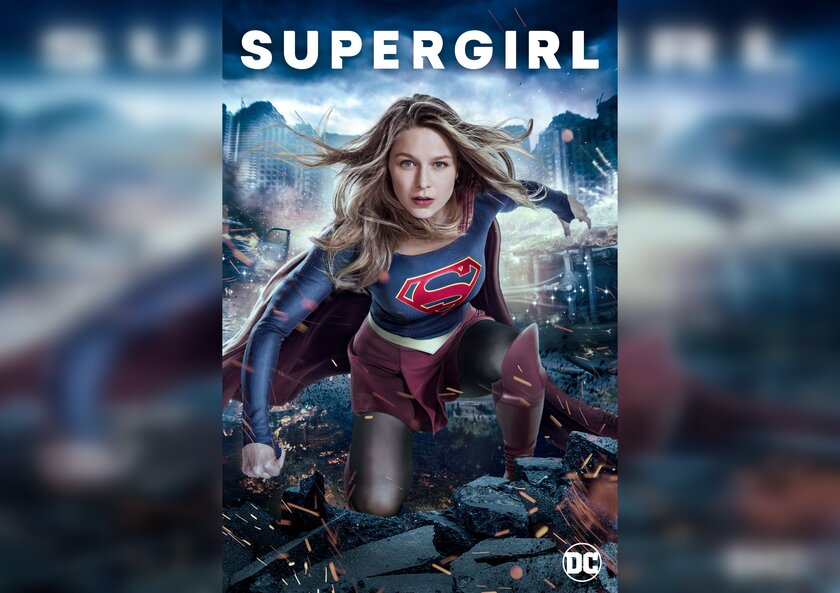 Since we are talking about the DC series from The CW, 2021 has not been a very fun year for fans. That’s because instead of shows like The Flash (with its endless self-repetitions) and Legends of Tomorrow (originally seen as a by-product by many) that should have been canceled long ago, the channel announced the end of production of Supergirl. But this series was not bad for its genre. After Arrowvers’ main project Arrow ended in 2020, many predicted the finale of the entire franchise. But the bright spot in this story was the launch of Superman & Lois (a spin-off of Supergirl), which was received mostly positively.

Kara Zor-El, Superman’s cousin, was supposed to look after little Kal-El on Earth after the death of Krypton. However, her capsule went astray and entered the phantom zone. As a result, she still came to Earth, but only after 24 years, while remaining a child. Superman no longer needed custody, so the girl was placed in the care of the Danvers family, where she was raised as her own daughter. However, life forced the girl to reveal her abilities, and since then she has been known as Supergirl. By the way, in 2021, after four seasons, the Black Lightning series was closed, which was not originally included in the Arrowverse, but was added there during the Crisis on Infinite Earths crossover. 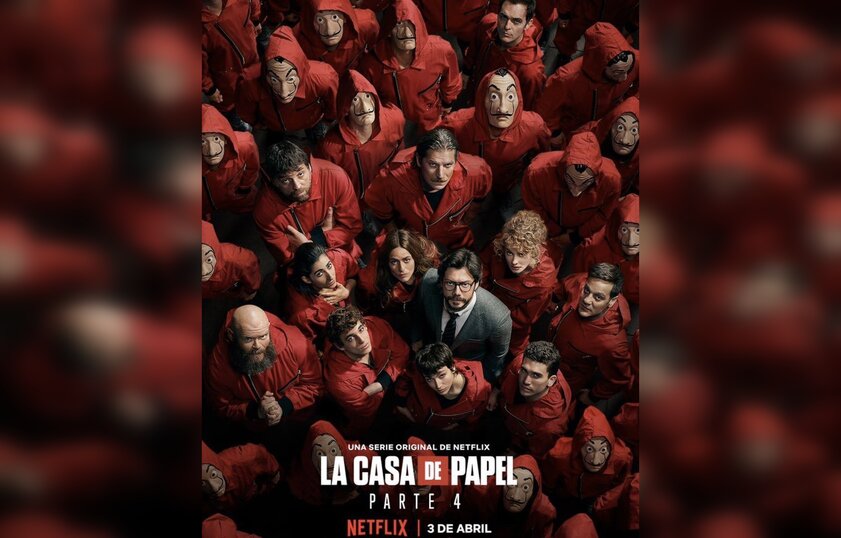 “Paper House” is a project of the Spanish television channel Antena 3. Its first two seasons thundered so loudly in their native country in 2017 that Netflix became interested in it. This, on the one hand, brought the “Paper House” to the international level, and on the other hand, played a cruel joke. Yes, the series has become the most popular non-English-language project of the red giant. In 2018, three Paper House characters made it to the top 20 most popular TV series characters according to TV Time, and the project itself won an Emmy award in the Outstanding Drama Series category. And this, perhaps, should have ended, but Netflix did not think so.

The fact is that the authors initially conceived the project as a mini-series and laid out everything they wanted to say in the first seasons, intending to end the story there. Netflix, on the other hand, allocated such a budget for the sequel that the creators of Paper House could not refuse. As a result, the third and even more so all subsequent seasons were perceived by the audience worse and worse. With only five seasons, The Paper House began to fall into the selection of series that should have ended much earlier. One way or another, but the story of the noble Spanish thieves will forever remain in the memory of fans around the world. 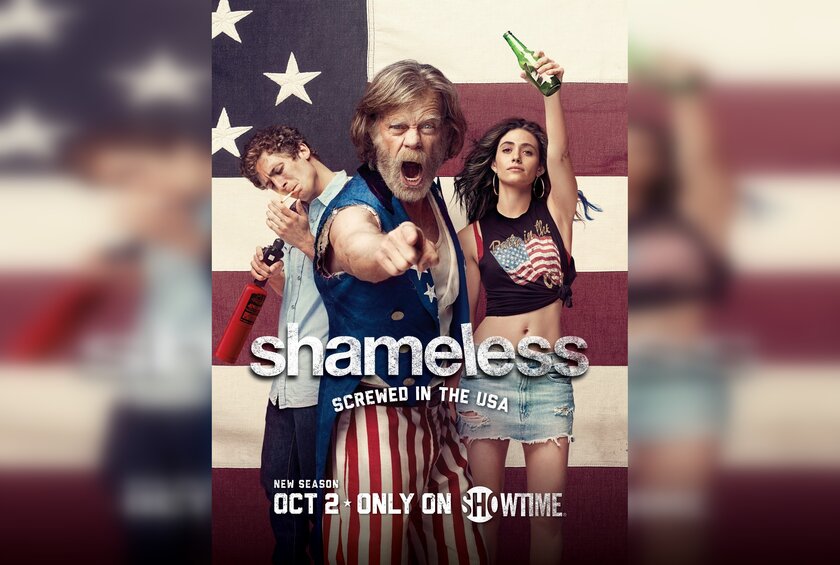 Shameless first appeared on screens back in 2011. The series lasted eleven seasons for a reason. It held a high standard of quality and successfully maneuvered between drama and comedy during certain periods of its existence. It raised sensitive topics about sexual orientation, racial discrimination, poverty, alcoholism, family and so on. But still, by the last seasons, Shameless began to often repeat themselves, and some actors were simply tired of their characters, which was also visible on the screen. So, in 2021, the creators of the series decided that it was time to end the story.

For 11 seasons, the series tells about the dysfunctional family of Frank Gallagher, a single father, an alcoholic and a drug addict. He often talks about the meaning of life, politics, acute social issues, being intoxicated. Meanwhile, his six children are forced to make their own way through life’s difficulties. The drama about poor Chicagoans is often replaced by an ironic comedy about modern society. History maneuvers between social, racial, sexual, and so on. 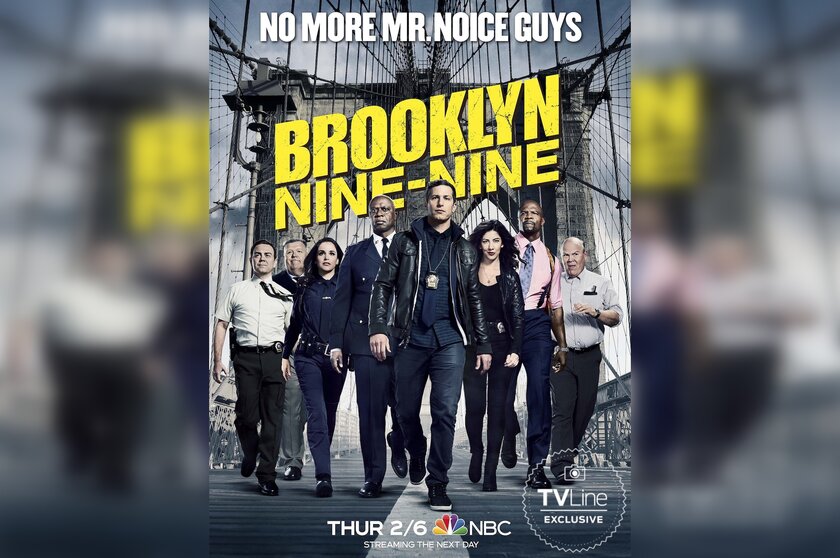 In 2013, Greg Daniels and Michael Schur began to run out of ideas for their hit projects The Office and Parks and Recreation. The first eventually closed in the same year, and the second lasted a couple more seasons. And if Daniels was no longer visible until 2020, then Schur, back in the 13th, created a new show – Brooklyn 9-9. The comedy about the work of an ordinary New York police department received extremely positive reviews at the start. The lead actor Andy Samberg received the Golden Globe Award in the Best Actor category, and the project itself won the Best Comedy Television Series category. However, after the fifth season, Fox abandoned the series, which was quickly picked up by NBC, removing three more.

Detective Jacob Peralta, although a good specialist, often fails. He doesn’t always take things seriously. Therefore, when a new leader appears in the department – Captain Raymond Holt, who wants his employees to respect their position and badge, the situation begins to heat up. However, the main thing is that the work of the site does not stop and Jake, along with other detectives, has to deal with dangerous criminals, murderers, work undercover in the ranks of the New York mafia, uncover corrupt colleagues, and so on, while not forgetting about his personal life. 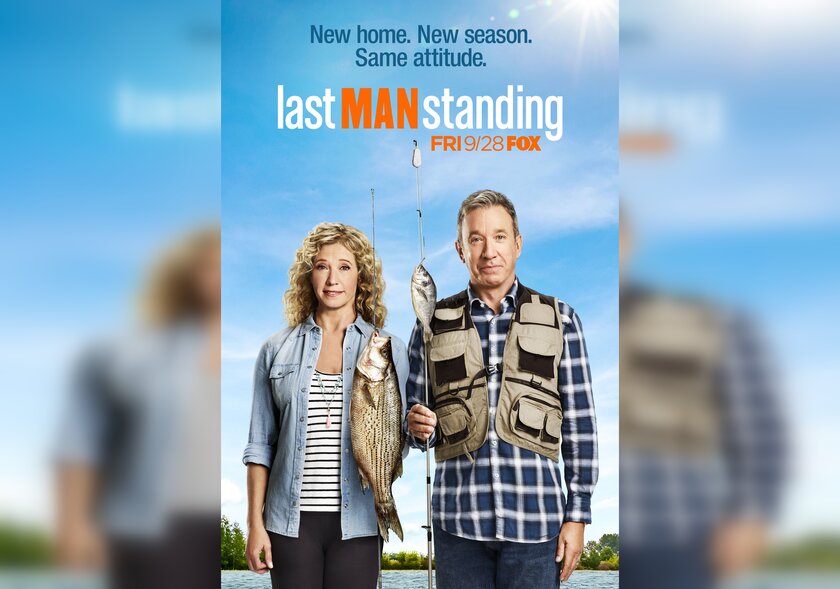 The Last Real Man is an ABC comedy series starring veteran American actors Tim Allen and Nancy Travis. The first, moreover, was also an executive producer. The show premiered in 2011 and received good ratings and reviews. Interestingly, the channel decided to close the series after the sixth season – almost at the peak of popularity (it was in second place in ABC ratings). And even more interesting is that Fox (which itself likes to unexpectedly close series) this time acted as a savior and filmed three more seasons. True, the ratings began to plummet with literally every new series. Therefore, in 2021, the project was simply closed as unnecessary.

One way or another, The Last Real Man kept the bar of quality for a very long time, telling about the life of Mike Baxter from Denver, whose personal life and career is dominated by a female team. He has a beautiful wife, three daughters who grew up throughout the series and tried to break out of their father’s nest. He works as a marketing director for a large store of goods for sports and tourism “Free Man”. However, his main feature is a hobby – a video blog about the life of himself, where Mike ironically comments on events in the world, country, store, and even at home. 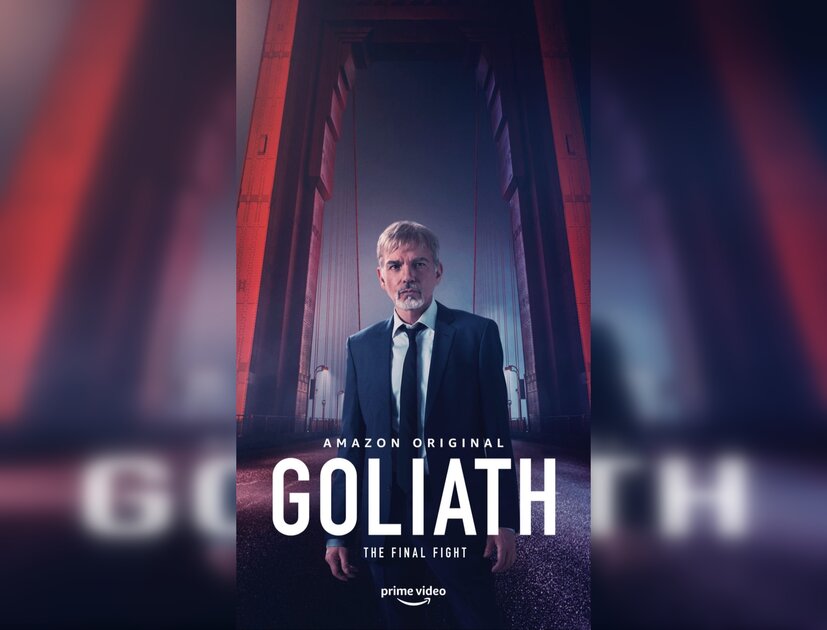 “Goliath” lived the shortest life of all the series in this article – only four seasons. But this legal-drama show from Amazon Prime Video is worth watching, if only because of the cast, which includes Billy Bob Thornton (won a Golden Globe for his role in this series), William Hurt, Maria Bello, Olivia Thirlby and others. And the ratings of the audience speak about the quality of the project. Therefore, on the one hand, it’s a shame that Goliath leaves so early, but on the other hand, perhaps it’s for the best, because using the series from this article as an example, we can conclude that protracted projects only harm themselves.

The plot revolves around American trial lawyer Billy McBride. Once he was one of the best in the business. He achieved incredible success and his name was known to everyone who understood the topic. However, everything collapsed when the company where Billy worked decided that she no longer needed him. After years of backyard life, his career is broken, his wife left, his daughter rarely visits, and he spends time in a bar. However, life unexpectedly gives Billy a second chance. He is approached by a girl who is sure that only the best and non-corrupt lawyer, namely Billy McBride, can cope with her brother’s case.

Chery has announced the release of the Omoda 5 crossover in Russia. Not long to wait

Brazilian’s flight to space is postponed after review of the spacecraft; there…

Stoltenberg: We will respond to Turkey’s concerns – NATO…

May 19, 2022
THE Jens Stoltenberg clarified that the NATO you will respond to the concerns expressed by Turkey for its…

After selling out shows in SP and RJ, Milton Nascimento opens new…

May 19, 2022
After selling out seven shows and selling more than 65,000 tickets in a few hours, Milton Nascimento will open…