We know that many of us are eco friendly and we like to practice the “three R’s” in our daily lives, but there are those who have come a long way with recycling and reusing. We are not talking about the companies that have dedicated themselves to giving a new use to the garbage that we throw away, we are referring to the creative woman who uses semen and other types of body fluids to make jewelry.

You may be incredulous, but let us tell you that it is one hundred percent real. Amanda Booth is a Canadian woman who works with male fluids to make custom jewelry sets or pieces. In an interview she gave for the medium VICEthe girl explained that her clients make orders and send the samples to her workshop, then she turns them into powder and then adds the ingredient to the paste with which she makes her creations. 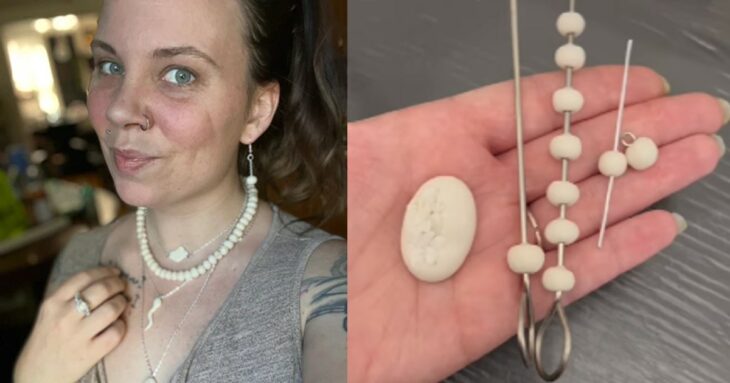 According to Amanda, this idea came about as a simple joke that she posted on her Facebook account after one of her clients suggested she make jewelry with semen. Despite what many would believe, people responded quite well to this initiative, so she got down to business. Her raw material initially came from her husband, since she asked him for a sample of her semen to make some pearls and calculate the amount she needs to work with this type of bodily fluid.

In addition, the artisan assures that she can make pieces with other liquids from the body such as breast milk, locks of hair and ashes. It is worth mentioning that the elaboration of pieces with fluids like these is more common than it seems, because at the beginning of this year, it became a trend to make jewelry with them, especially with breast milk. 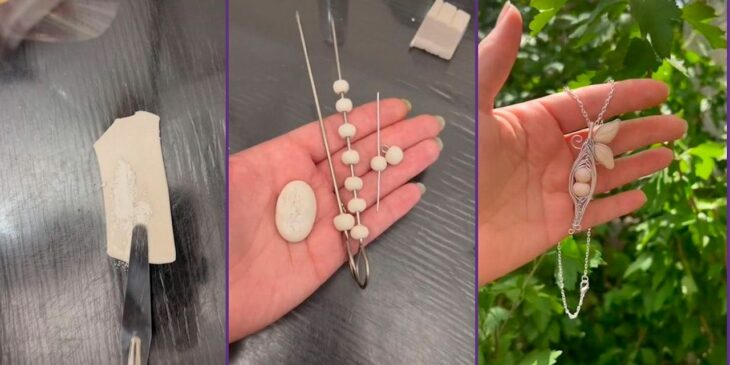 It is understood that there are precedents for this type of article made with organic matter since the Victorian era. But that’s not all, because in recent years even synthetic diamonds have been made from cremation ashes.

The purpose of making articles with these materials is to honor the memory or the moment in which we breastfed our babies, but even so, we wonder what would be the point of making jewelry with semen. Of course, tastes break genres and it’s respectable, although best of all, this trend is a source of income for a woman as creative as Amanda.

Her work went viral due to her TikTok videos, as the ingredient she uses to make her jewelry is undoubtedly very unusual. Although it may seem revolutionary to some and eco friendly, other users commented that using semen is too much. What do you think?

Turkish bombings in Kobani: Over 30 dead, Kurds say we will respond