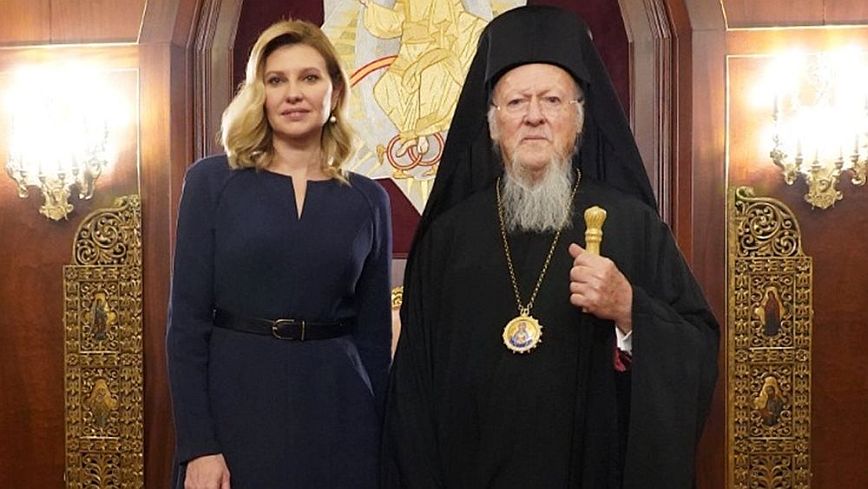 Olena Zelenska, wife of the President of Ukraine, Volodymyr Zelensky, was received in the afternoon by Ecumenical Patriarch Bartholomew.

During the meeting, His Holiness once again expressed the support of the Ecumenical Patriarchate to the Ukrainian people, who have been severely tested by the war, who are defending the territorial integrity of their homeland with vigor and determination, and expressed the hope that the war would soon end end and restore peace to Ukraine.

Olena Zelenska thanked His Holiness for his interest and support towards the people of Ukraine.

The meeting was also attended by M. Ecclesiarchis Aetios, director of the Special Patriarchal Office.

Previously, Olena Zelenska paid a visit to the Pansept Patriarchal Church, where the Ukrainian-born Patriarchal Deacon Epifanios Kamianovich, who acted as an interpreter, informed her about the history and relics kept in it.