If you’ve ever worked in restaurants or places where tips are a large part of your salary, surely you remember a time when a customer was very generous with his thanks for the service. It is those moments that make us regain faith in humanity, but we should not always trust ourselves, because a good act can always be spoiled.

Something like this happened in the Alfredo’s Pizza Cafe restaurant, if the name sounds familiar to you, it is because this place is famous for its appearance in the famous series TheOffice. The establishment is real and recently they were involved in a problematic situation, as they decided to sue a consumer who left a tip of three thousand dollars but then asked for it back. 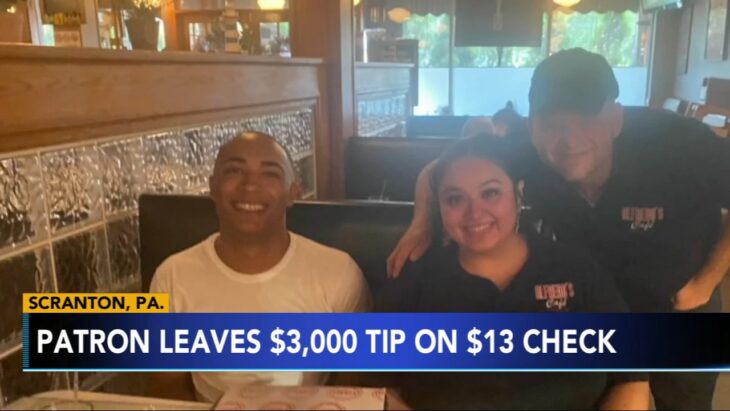 It all started last June, when Eric Smith decided to stop in for a bite to eat. His consumption was really modest, paying just 13 dollars. However, surprisingly, the man did his deed of the day, leaving a large tip of three thousand dollars to the waitress Mariana Lambert, this action was part of a trend in social networks, called tips for Jesus.

It goes without saying that Mariana was extremely grateful for the act, with emotion on the surface, the young woman said:

It really touched my heart. I still can’t believe it. I’m still in a state of ‘shock’.

But the joy was short-lived, as Eric decided he wanted the money back, even though the manager, Zachary Jacobson, had already given it to the worker. Everyone at the restaurant wanted to believe it was a misunderstanding, so Jacobson contacted him on Facebook, but received no positive response, and sadly, they lost their money.

But the story did not end there, because Alfredo’s Pizza Cafe decided to do justice by suing Eric Smith. And we really hope they manage to win the lawsuit.

We had to file charges through the magistrate’s office because we ran out of that money. He told us to sue, so that’s what we’re going to end up doing… I hope he acknowledges his actions, shows up and pays, because he shouldn’t have done this.

«Glass Onion», here’s how to visit the Greek villa of Miles Bron

Roberta Metsola: She is in favor of delivering Leopard tanks to Ukraine