Prorata: These are the most popular Greek politicians

PRORATA SA conducted a nationwide survey on a sample of 2047 people during the period 11-14 July 2022, investigating the popularity of political leaders as well as that of government figures and the official opposition shadow government.

Kyriakos Mitsotakis remains consistently the most popular political leader, with 44% stating that they definitely or probably like him as a person. 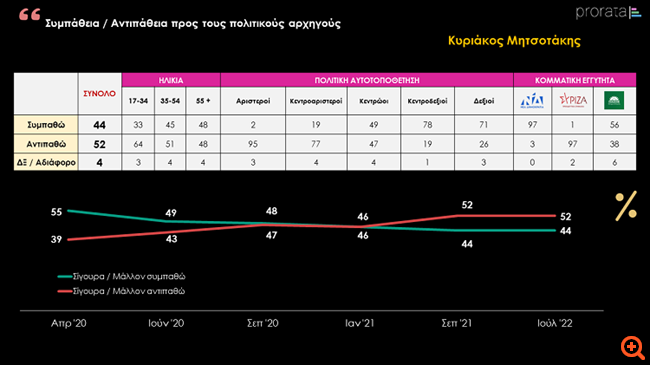 Next is Alexis Tsipras, with 37% positive impressions, a percentage increased by 3% compared to the last PRORATA measurement. 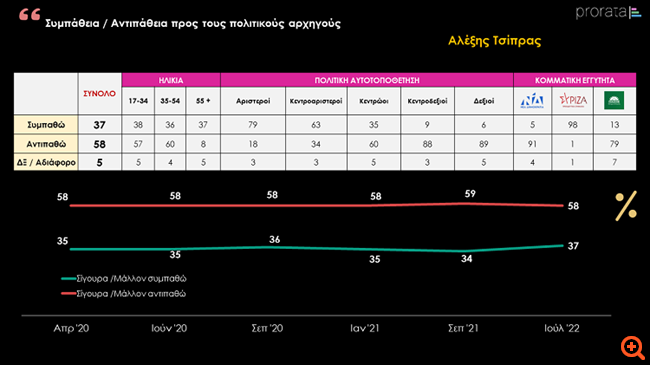 Third on the relevant list, Nikos Androulakis, gathering in the sympathy index a percentage of 32%, but having the smallest percentage of dislike (48%). 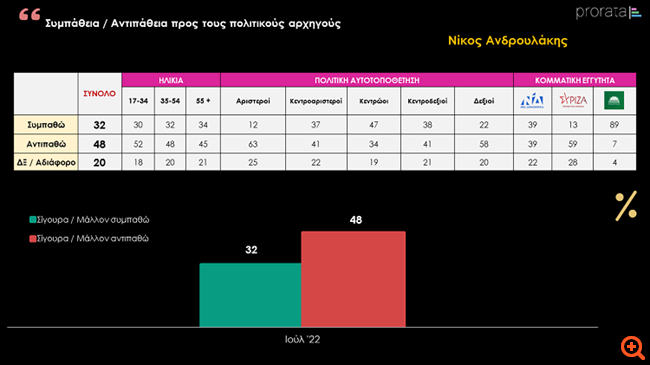 This is followed by the general secretary of the KKE, Dimitris Koutsoumbas, with a percentage of 29%, Yanis Varoufakis with 20% and finally Kyriakos Velopoulos, registering the highest percentage of dislike (81%) and, as expected, the lowest percentage of sympathy (10%).

Popularity of government figures and the official opposition shadow government

Among the government officials, Nikos Dendias and Kyriakos Pierrakakis are recorded as the most popular among the general public, regardless of electoral preference, with 65%. 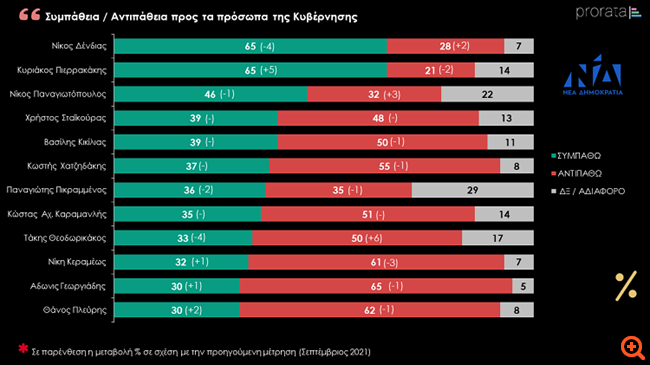 However, the Minister of Foreign Affairs recorded a decrease in his popularity (-4%), while the Minister of Digital Governance saw an increase (+5%). As the third most popular government minister among the general population, Nikos Panagiotopoulos is detected, with the sympathy rate for his person recorded at 46%, followed by Christos Staikouras (39%), Vassilis Kikilias (39%), Kostas Hatzidakis (37%) and Panagiotis Pikrammenos (36%).

The most popular figures of the shadow government of the main opposition among the general public are Andreas Xanthos with 51% and Efi Ahtsioglou with 49% and an increase of 6% compared to the last measurement of the company. Following on the relevant list are Euclid Tsakalotos (48%), Yannis Dragasakis (40%), Nassos Iliopoulos (39%), Alexis Charitsis (36%), Dimitris Tzanakopoulos (33%) and Costas Zachariadis (33%). ). 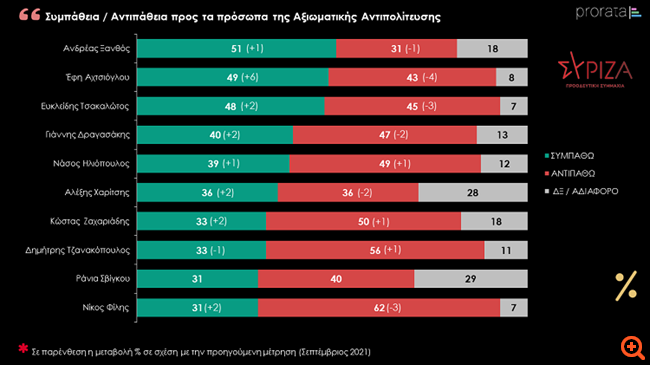 Among the voters who are in the electoral influence of New Democracy, the most popular are Nikos Dendias and Kyriakos Pierrakakis, with 96% and 95% respectively positive impressions. 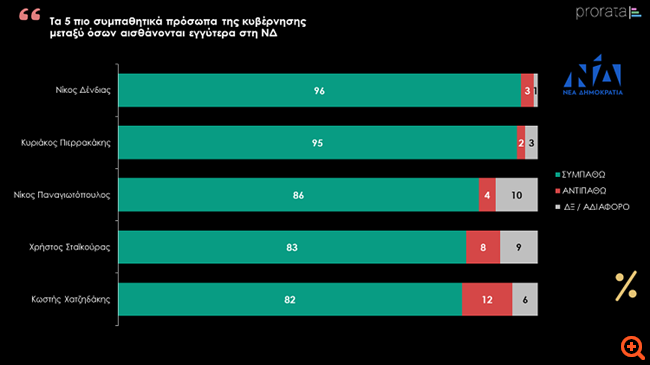 Accordingly, among those who feel closer to SYRIZA, the most popular figures are Efi Ahtsioglou (97%) and Nasos Iliopoulos (94%). 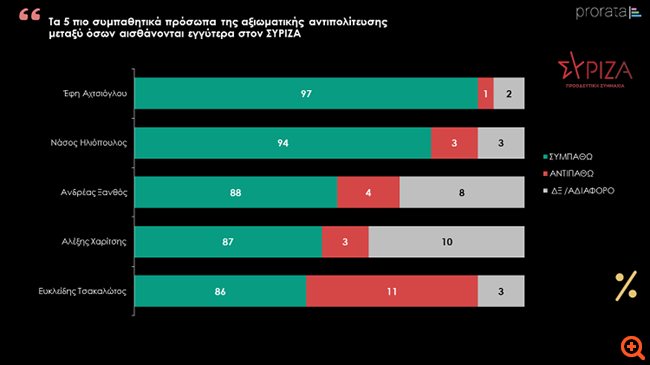 - Advertisement -
Share
Facebook
Twitter
Pinterest
WhatsApp
Previous articleMytileneos: The bypass of Amfilochia is open to traffic from today
Next article‘I only date men who go with prostitutes’ – 22-year-old stripper explains how she chooses her partners