Pure generosity! Man buys all the merchandise from a grandfather who sold on the streets

In a world where bad news abounds, we will always be grateful to hear that someone dared to show a good heart, making a stranger’s day. Just like the story documented in a video that went viral on social networks and has won the applause of thousands of users.

The TikTok user, identified as @marchhe.19, originally from Palermo, Buenos Aires, Argentina, was in charge of sharing a video in which it is observed how he buys all his merchandise from an old man who sells lighters and handkerchiefs in the streets to survive. 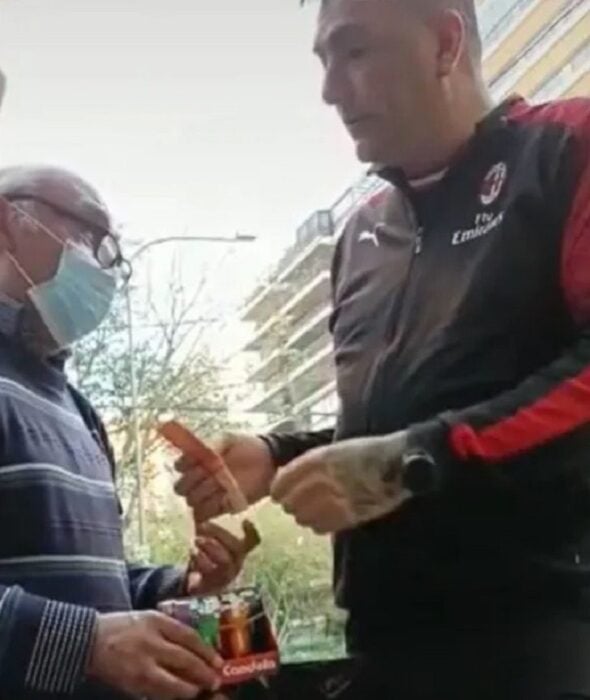 We discovered that this generous man is called Marcelo, since he was invited by the Argentine news program Noticias 24 Extra, where he spoke about the moment he lived with his grandfather in the streets of Argentina.

Just act with your heart, I saw him very distressed at the next table, selling his handkerchiefs for 180 pesos (1.24 dollars) and since I saw him sad, I called him to my table. He told me that he was sad because his wife had died, that he was alone and that he had to sell to survive.

In addition, Marcelo commented that it is not necessary that we need what people in grandpa’s situation sell, because what really matters is being able to lend them a hand, showing them that they are important, giving them a little comfort in their difficult situation.

More than the money I gave him two thousand pesos, (13.78 dollars) that are worth almost nothing today, I had to hug him, contain him. 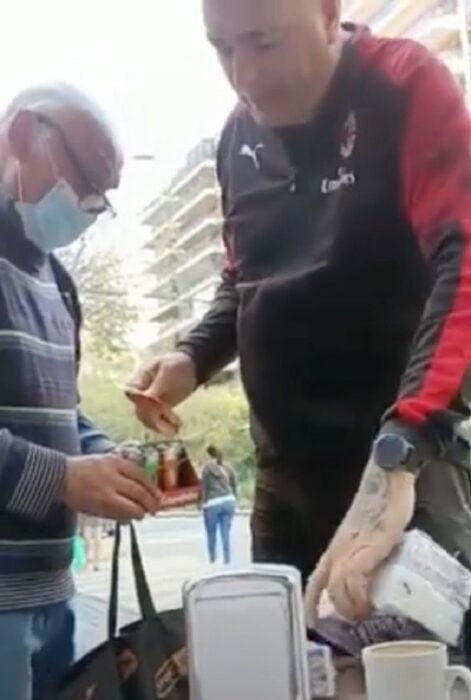 I saw him as if he were my old man, I had to help him. Retirement is very little for people and it is not enough for anything, while loneliness is always, the tears that he transmits are totally from loneliness.

The most unfortunate thing is that practically in every corner of our respective cities there are different people waiting to be helped in their needs, but most of us pass by, because sometimes we are so immersed in our own problems that we forget that it may not cost us so help someone else.