The countdown to Elizabeth II’s funeralto be held on September 19, has begun, with Scotland bidding farewell on its ‘last journey’ to London.

Her body will be moved from Balmoral to the Palace in Edinburghon a slow journey of about six hours and 280 km, while it will pass through Aberdeen, Dundee and Perth.

The coffin will lie overnight in the Throne Room at the Palace of Holyroodhouse, the British monarch’s official residence in the Scottish capital. Palace staff members will pay their respects. 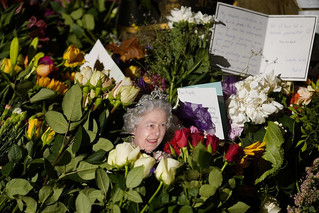 On Tuesday, her coffin Elizabeth B’ will be flown to London on an RAF Northolt plane departing from Edinburgh Airport.

Her only daughter, Princess Anne, will accompany the bodyas announced by Buckingham Palace.

The coffin with the body is expected to arrive at Buckingham Palace at 8pm on Tuesdaywhere King Charles III and Queen Camilla will watch his arrival.

Overnight Elizabeth II’s body will lie in state at Buckingham Palace in the Bow Room.

- Advertisement -
Share
Facebook
Twitter
Pinterest
WhatsApp
Previous article
The American regulator will accelerate the consideration of applications for the launch of crypto projects
Next article
Papua New Guinea: At least one dead after powerful 7.6 magnitude earthquake