It’s been almost six years since Raspberry Pi released the Zero single board computer for just $ 5. Of all the company’s products, this model was the most closely aligned with the basic principles of the project. This was followed by the $ 10 Zero W wireless board, which was widely used in almost everything from smart speakers to ventilators. But as requirements gradually grew, and it was not possible to increase performance in the Zero form factor, the Zero 2 W was born.

The Raspberry Pi Zero 2 W uses the same Broadcom BCM2710A1 SoC as the base version of the Raspberry Pi 3. However, to reduce power consumption, the processor frequency has been reduced from 1.4 GHz to 1 GHz. The chipset also includes 512MB of LPDDR2 RAM. According to the results of multi-threaded testing sysbench, the computer’s performance has increased almost fivefold. 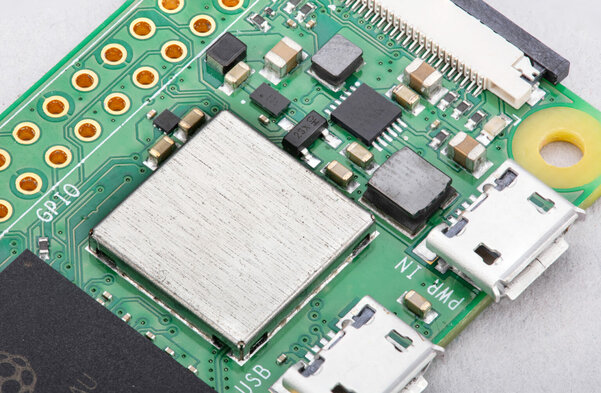 The chipset-integrated graphics accelerator supports OpenGL ES 1.1 and 2.0, offers acceleration for H.264 and MPEG-4 1080p30 video decoding, and H.264 encoding. To avoid problems with excessive heat generation, the Raspberry Pi Zero 2 W has added thick copper layers to conduct and dissipate heat from the processor. This added weight to the board, but provided more consistent performance. In addition, the board was shielded in the place where the wireless chips are located to protect it from external interference. In addition to all this, the company has released a new power supply with a microUSB connector instead of Type-C with a reduced peak current of 2.5 A.

The Raspberry Pi Zero 2 W is already available in Europe, UK, US, Canada and Hong Kong for $ 15. Later, the novelty will appear in other countries. The company intends to release about 200 thousand devices this year and the same number in the first half of 2022.

EUR / JPY falls to test weekly lows ahead of ECB

The German Tesla Model Y turned out to be better than the Chinese one. She has a…

Not only cars: Geely wants to buy Meizu and release smartphones

I cleaned my PC from viruses for a day and figured out how to deal with them. step…

USA: Woman is charged after threatening to bring gun to school if masks were…

Jane Harper Jan 22, 2022 0
Police in Virginia, in the United States, said a woman was charged after saying at a school board meeting that…

President of Mexico undergoes cardiac catheterization and is doing…

Jan 22, 2022
The President of Mexico, Andrés Manuel López Obrador, underwent a cardiac catheterization this Friday (21) and…

Jan 22, 2022
The Haitian judge overseeing the investigation into the July murder of President Jovenel Moise said in a letter…

The Rafale that arrived, the flights of John and the eruption of the…

Jan 22, 2022
These are some photos that capture the most important events that happened in the past few days from one end of…

Peru: The shores continue to be cleaned of oil

Jan 22, 2022
The refinery is in full swing, after a large amount of oil spilled on its shores Peru, as reported by the Spanish…
Prev Next 1 of 7,948
More Stories

The front panel of the Cooler Master MasterBox TD300 Mesh…