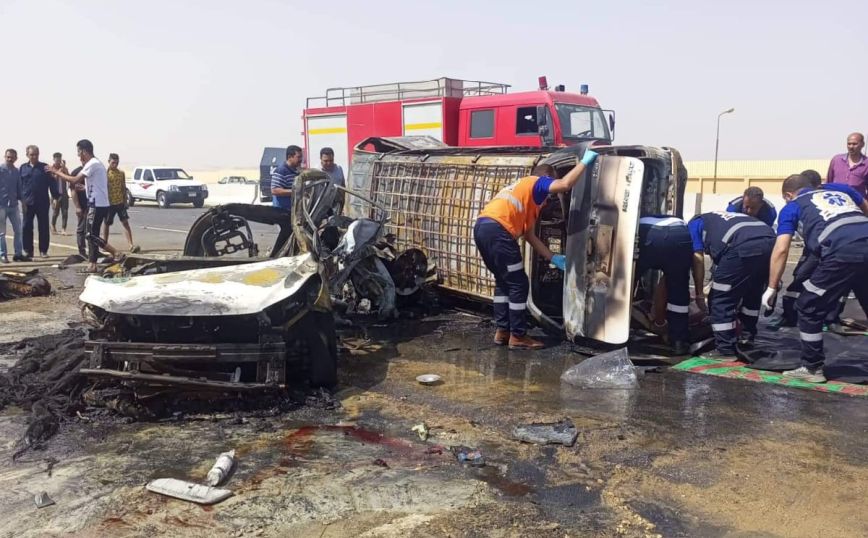 Biden: No need to enlarge Supreme Court despite abortion…

Seven people died tragically in Egypt, after a car accident that occurred on Friday. According to the Ahram newspaper, bus collided with a car in the northeast of the country, on a provincial road that connects Ismailia with Suez.

The seven occupants of the two vehicles they were pulled out charred.

According to information, the accident happened when the driver of the car tried to make a U-turnresulting in a collision with the minibus.

In Egypt, the tax on blood on the asphalt is heavy every year, due to careless driving and poor maintenance of the road network.

In recent years, the Egyptian government has been trying to upgrade the country’s road network, building new roads and repairing existing ones in order to reduce the number of accidents.

Tourette’s syndrome, what is the disease that Billie Eilish and Alessandro Borghi suffer from

Germany: Participation in the main demonstration for the G7 summit is small

Jun 25, 2022
One of the biggest fears that always exists when someone organizes a birthday party is that no one will show up to…
Prev Next 1 of 15,104
More Stories