Investors unsure of the future of bitcoin capitulate. This opinion is shared by Santiment analysts who have studied on-chain cryptocurrency activity. Experts found that over the past couple of days, over 7,750 BTC (~ $ 334 million) were received on the exchanges. This is the largest influx of digital coins in the last three weeks. 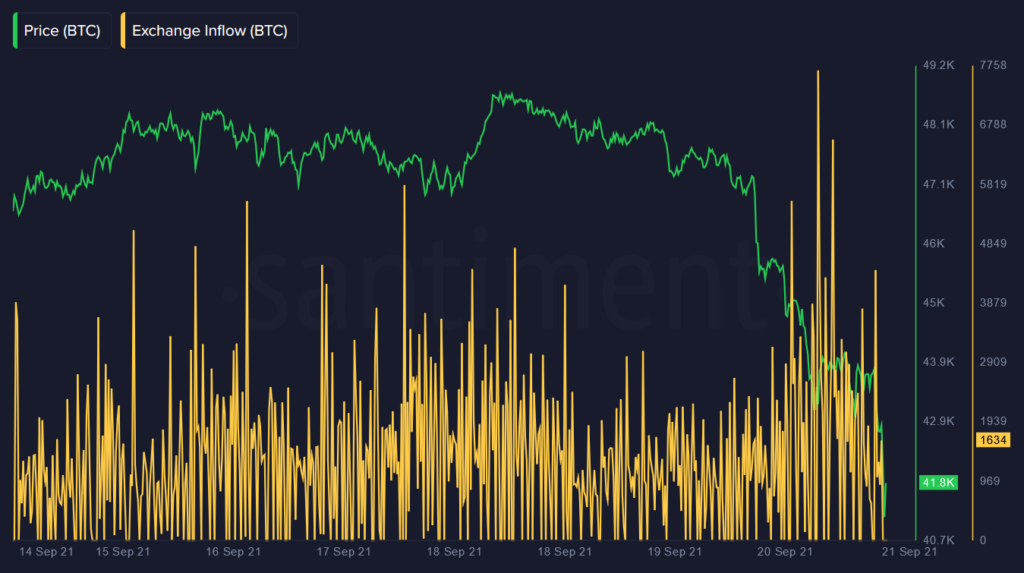 At the same time, Bitcoin’s profit / loss ratio suggests that investors moving coins today are losing money. This is due to the fact that at the time of purchase of the transferred coins, their price was higher. Such activity could mean panic among short-term investors, according to Santiment. 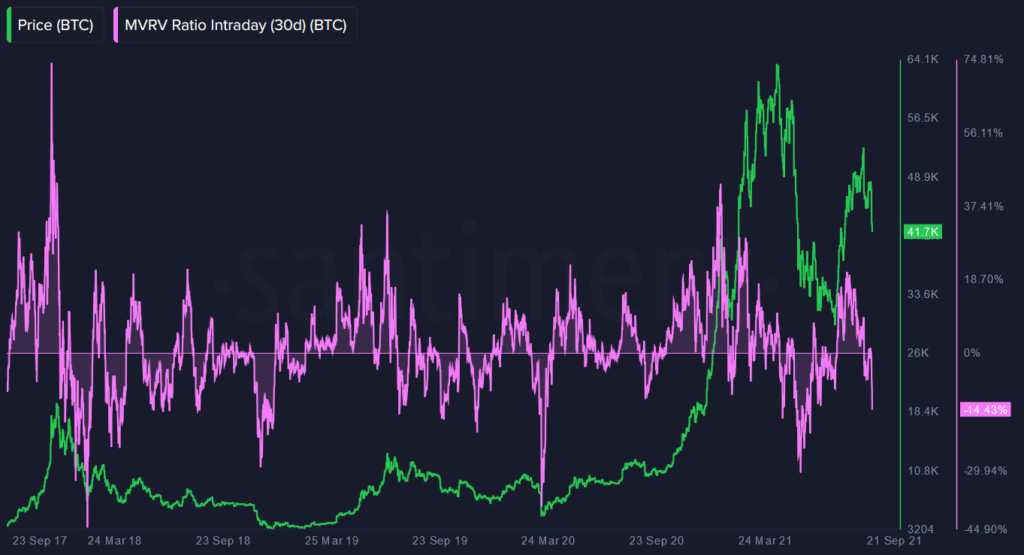 However, the 30-day market ratio metric Bitcoin prices to the realized (30-d MVRV) have already collapsed to the historical support level of -15%. Despite the fact that the metric fell even lower (-30% in March 2020), such an area, basically, remains the last before the reversal of the cryptocurrency price.

Bitcoin dropped significantly on September 20, but the cryptocurrency was still able to bounce off support around $ 40,000. Now the more important support zone is located at $ 38,000.

Meanwhile, Glassnode analysts have identified a potential price high in the current cycle. According to their calculations, although bitcoin is near the maximum, the cryptocurrency can still update the historical maximum. For example, at current levels, Bitcoin could still rise to $ 103,000, provided the historical trend continues.

Camila Raznovich, the best photo of the wedding with Loic Fleury

How will the bankruptcy of the whales affect the crypto market?

When and how will pending applications for main pensions be eliminated

What you need to know about cryptocurrency arbitrage?

Derek Black Jul 1, 2022 0
With the special way that characterizes her and her scathing humor Bette Midler commented on his decision Supreme…

Jul 1, 2022
We were all shocked by the news of the death of the driver Fernando del Solar and even with the nostalgia that we…
Prev Next 1 of 15,420
More Stories

Coinbase: We do not sell customer data

BnkToTheFuture Reveals How Celsius Can Be Saved

From Monday the applications for the 31 IEK of DYPA