Shocking video: Whale hits its head on aquarium glass after 12 years in isolation 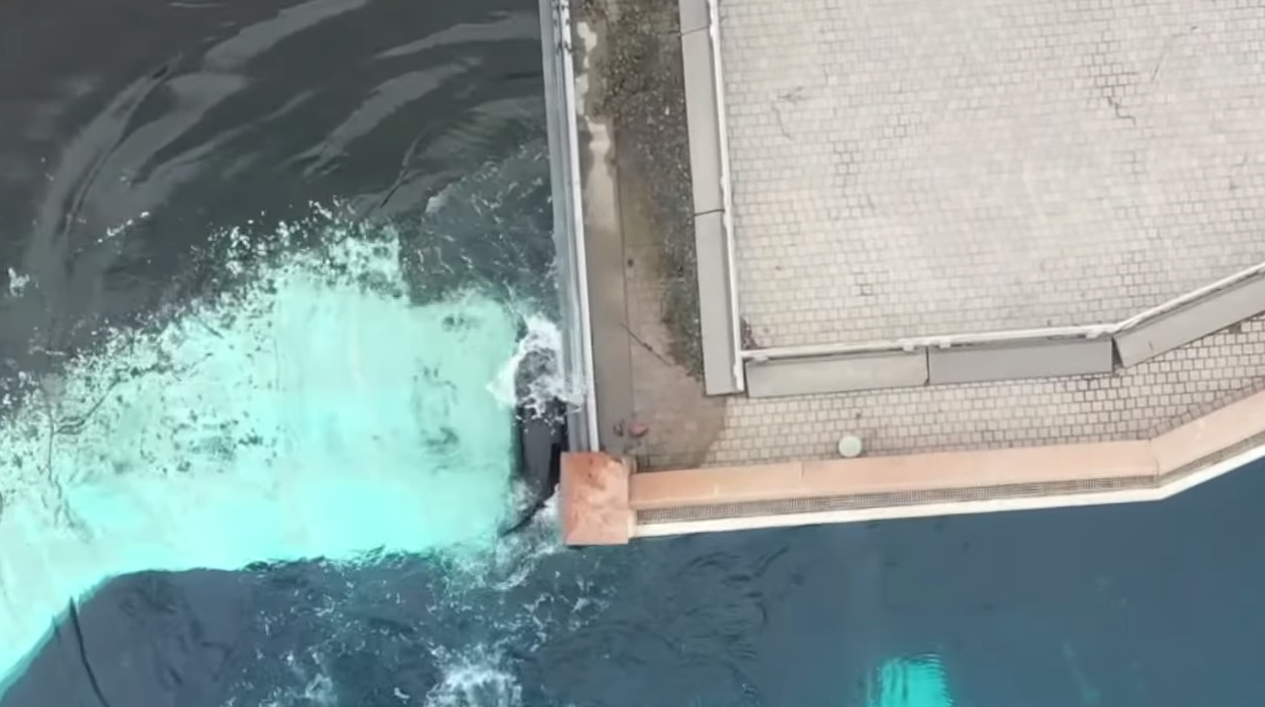 The video showing her is shocking whale orca, Kiska, pohe has been living in isolation for 12 years, and, perhaps driven mad by the loneliness she feels, hits her head in an aquarium pool. Kiska lives in captivity at the MarineLand aquarium in Ontario Canada and is about 45 years old.

As stated in her publication Sunshe was captured in the waters of Iceland in 1979 and since then she has been living in captivity and since 2011 she has been alone.

In June, the facility’s cameras recorded her first circling the tank, then she bangs her head against the glass walls from where visitors can see her. She is then seen tracing circles again and in front of astonished visitors banging her head again.

An animal detention activist (and former aquarium worker), Phil Demers recorded the orca banging its head against the wall in September 2021 as well.

The self-destructive behavior he displays is due, according to the activist, to the serious – physical and mental – problems caused by captivity in an environment without any stimuli. Whales are extremely social animals and isolation breaks them down.

Is it worth investing in fan tokens?

Google makes it easy to share files on Android. Don’t even need to unlock