Silver Price Analysis: XAG/USD hangs on to gains above $18.50

the price of silver holds on to earlier gains after Federal Reserve Chairman Jerome Powell stressed that the Fed will continue to tighten monetary policy at the expense of slower economic growth. XAG/USD is trading at $18.52, above the opening price, up 0.56%.

Sentiment has changed mixed, with US equities fluctuating. Fed officials are cruising the news as the Fed’s blackout period approaches, led by its chairman Jerome Powell. On Thursday, Powell commented that the Fed is “strongly committed” to bringing inflation to its 2% target, adding that the Fed needs to act “frankly, forcefully, as we have been doing.”

Related to this, Barclays now said it sees a 75 basis point rate hike in September, but a 50 basis point hike in November, via Reuters.

The US Department of Labor filed initial jobless claims for the week ending September 3, with figures falling to 222,000, below estimates. Meanwhile, the US Dollar Index, a gauge of the dollar’s value measured against a basket of pairs, gained 0.34% to trade at 109.905.

For its part, the 10-year US Treasury yield rises two basis points and stands at 3.294%, which limits the white metal’s gains. In addition, the US 10-year TIPS, a gauge of real yields, rose sharply, approaching 0.90%, as recent Fed comments fueled expectations of a 75 basis point rate hike in September.

Late in the day, Chicago Fed President Charles Evans said the labor market remains tight, adding that the Fed is “increasing rates expeditiously.” Evans said that he expects GDP growth to remain positive and commented that inflation will probably remain around 4% to 5% in core PCE and by 2023 at 3%, maybe 2.5%.

Silver price continues to have a neutral bias to the downside. Despite silver buyers recovering from the July 21 low of $18.24, downside risks remain. Furthermore, the solid resistance around the 20-day EMA at $18.93, along with the 50-day EMA at $19.24, would be difficult levels to break as the Relative Strength Index (RSI) turns horizontal. On the other hand, if XAG/USD records a daily close below $18.24, it would open the door for a retest of the year low at $17.56. 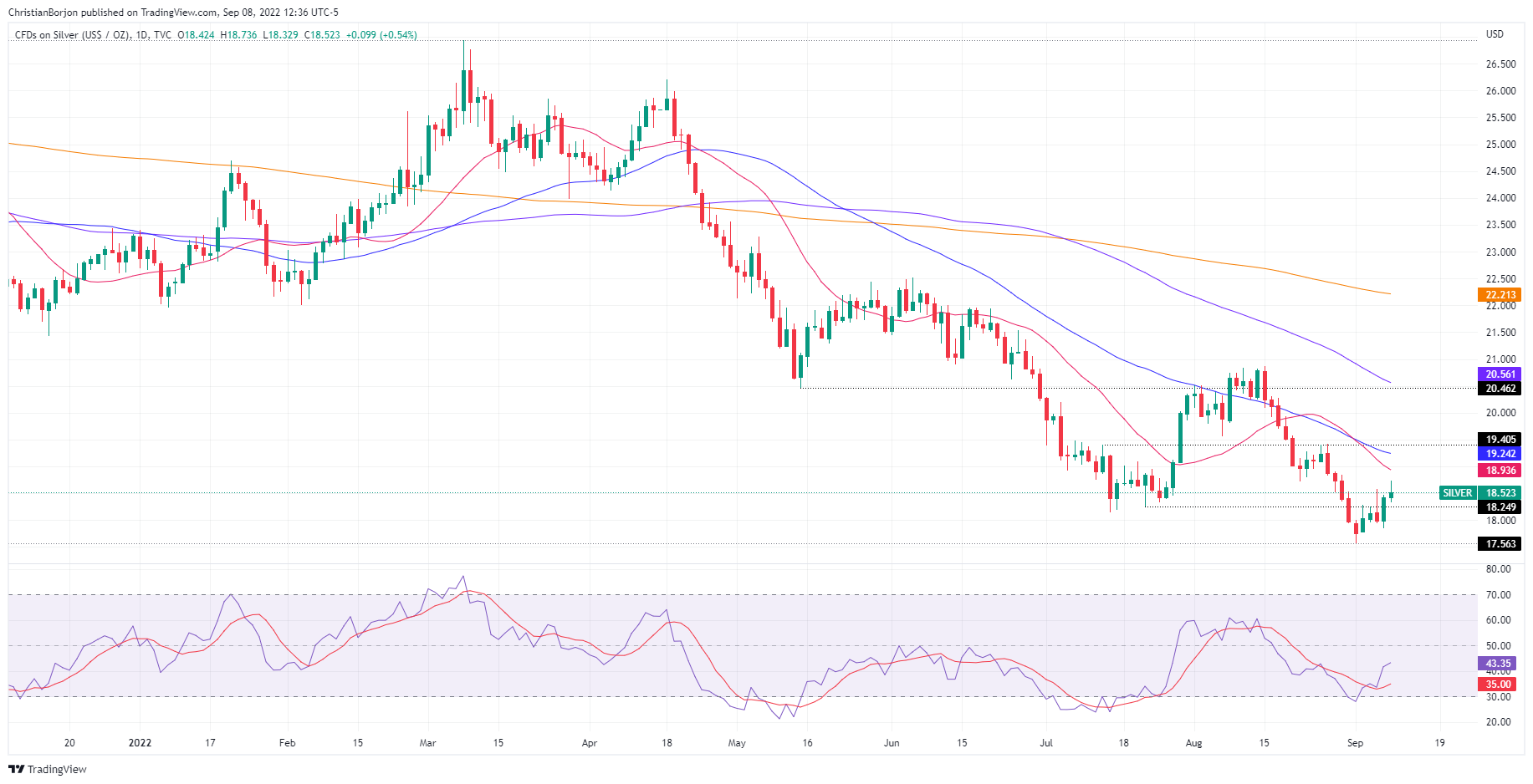 Terry
www.worldstockmarket.net/
- Advertisement -
Share
Facebook
Twitter
Pinterest
WhatsApp
Previous article
Fed: Optimism will be able to avoid a recession — Charles Evans
Next article
Fed: I’d rather raise rates and hold them for a while than raise them too much — Charles Evans

US: Manufacturing and services PMIs improve expectations in January but remain in contraction territory