Single father without a job asks that the electricity not be cut off; users unite to help him

Sometimes the economy gets tough for some people, especially when you lose your job and have responsibility for your children. This is where things get even more complicated and expenses have to be prioritized, so paying for the basic services of a house comes second.

This is something that this Argentine man understands very well, since in his desperation for not having to pay for the electricity service in his home, becoming unemployed and being a single father of two girls, he chose to put a message on the meter explaining the situation and begging the workers not to cut off the service. An employee saw his message, posted it on his networks and it went viral. 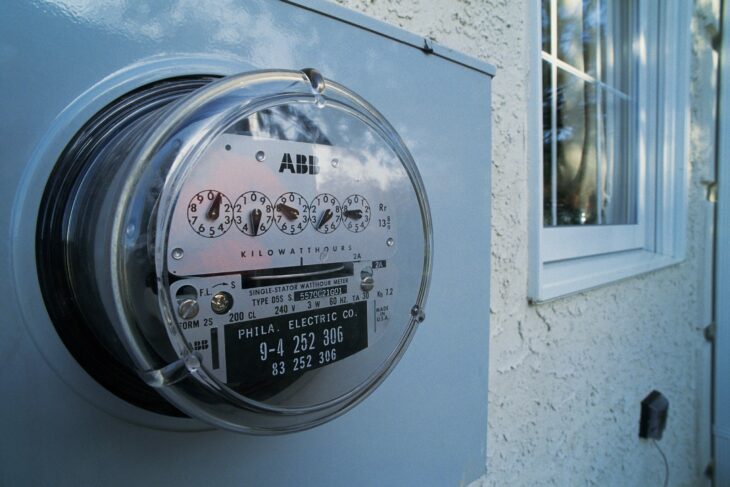 The story was made known through the Facebook of Xavier Emiliano Rubilar, a worker of the Empresa Distribuidora de Electricidad de San Luis SA (EDESAL), in Argentina, who found a note on this father’s meter while he was traveling through the area. In the letter, the man explains his economic situation and begs not to cut off his service, since he is in charge of his two little daughters.

The event occurred on June 17 and when Emiliano read the note, he could not help but be moved by the situation, so he did not hesitate to take a photo of it and share it on his social networks, in order to help that man who promised that As soon as he got a job, he would pay off his debt. 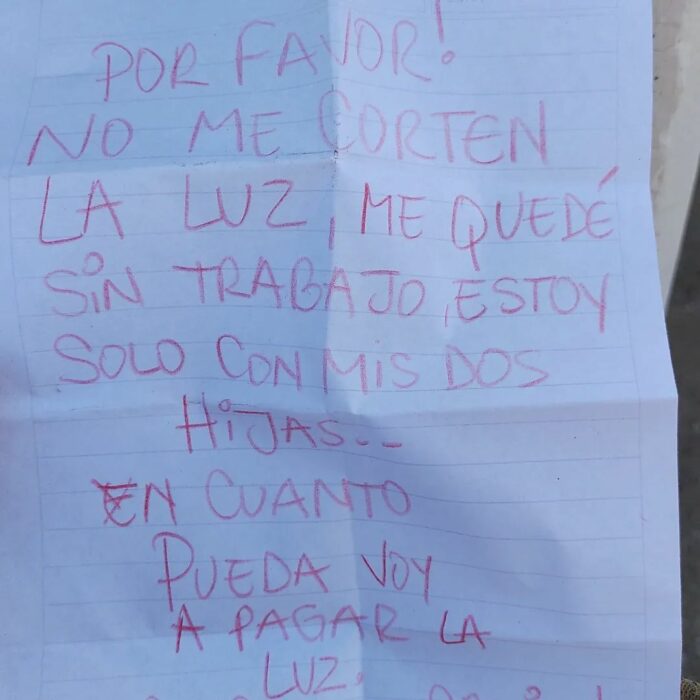 Please! Don’t cut off my electricity, I lost my job, I’m alone with my two daughters. As soon as I can I will pay the electricity.

The employee assured that as soon as he read the note, he burst into tears and his stomach turned, so he immediately asked his contacts on Facebook to volunteer to help the single father. 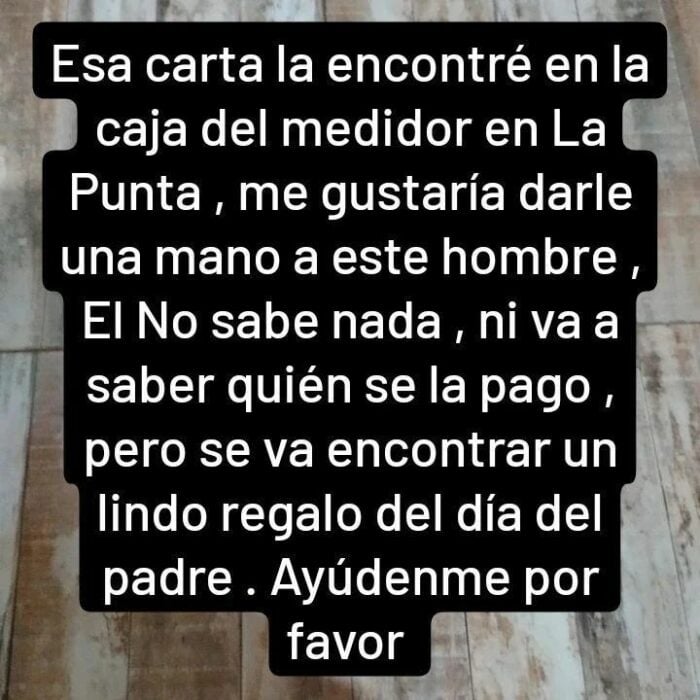 I’d like to give this man a hand. He doesn’t know anything and he won’t know who paid for it, but he is going to find a nice Father’s Day gift. Help me please.

Emiliano did not expect to have the response that his request had on Facebook, since, almost immediately, he collected some donations that led him to collect around 50,000 Argentine pesos, which is equivalent to a little more than 396 dollars, money that in part was used to settle his electricity debt, while the rest was delivered into his own hand to the man. 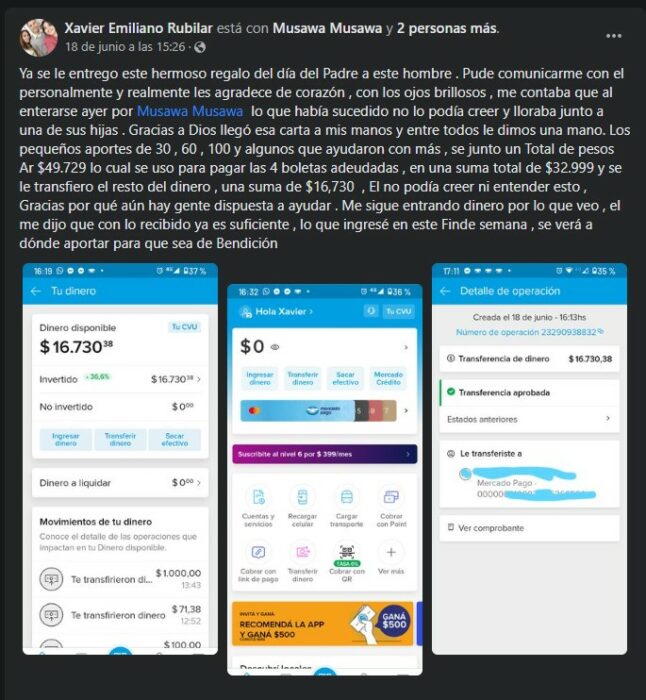 He owed several electricity bills. Also, he had a payment plan. All this added to the charge for late payment, municipal taxes and current consumption, the number was very high. To this we must add that there is no gas in the area and they depend on electricity.

In the end, Emiliano published that the donations exceeded the amount that the man needed, so the rest of the money would be donated somewhere to help people who really need it. We love happy endings!