Binance cryptocurrency exchange will resolve the issue of “stuck” due to the bug with DOGE transactions directly with affected customers. The coin withdrawal will be disabled for another two weeks.

Last week, November 10, Binance announced difficulties due to which it was forced to suspend the withdrawal of DOGE coins after updating the exchange wallet to version 1.14.5. Some users reported that large amounts of DOGE disappeared from their balances and even debts appeared. As a result, the withdrawal of any assets was automatically suspended for their accounts.

According to a Binance spokesperson, about 1,600 people from different countries got into this unpleasant situation. After the massive nature of the problem became clear, the management of the exchange had to move to a centralized solution. But this means that the solution will not be quick. As stated on the Binance website, the exchange has extended the period during which users will not be able to withdraw DOGE by another two weeks from November 15. However, during this period, they can withdraw DOGE as tokens through other networks.

Dogecoin developers claim that over a year ago Binance already notified them of errors with transactions that could get stuck due to insufficient fees. However, the exchange did not seem to update the wallet properly to fix the problem, or to clean up the transactions that were not executed at the time. As a result, after the update, these transactions were simply sent automatically, without the participation of both users and employees of the exchange.

The most affected in this situation were exchangers who perform many transactions on other people’s wallets. Accordingly, exchangers do not have access to the addresses to which they sent DOGE last year. The recipients of those transfers, on the other hand, suddenly became rich if they did not lose access to the previously used addresses. Some of the victims “got off with a slight fright” due to this. For example, one of the Reddit users
discovered missing coins from Binance in your old wallet.

Unfortunately, Binance’s technical support was not up to par, and, without understanding the situation, began to demand that customers return the sent coins, although users did not draw any conclusions on their own initiative. Therefore, it is undeniable that the entire responsibility for this incident is borne by the exchange team, and not its customers.

All transactions were carried out “in the footsteps” of transactions a year ago, when DOGE was almost a hundred times cheaper. Now, transactions, at that time in amounts of several tens of dollars, have grown to thousands. AND,
according to some representatives technical support of the exchange, affected users must reimburse them out of their own pockets to resume withdrawals. 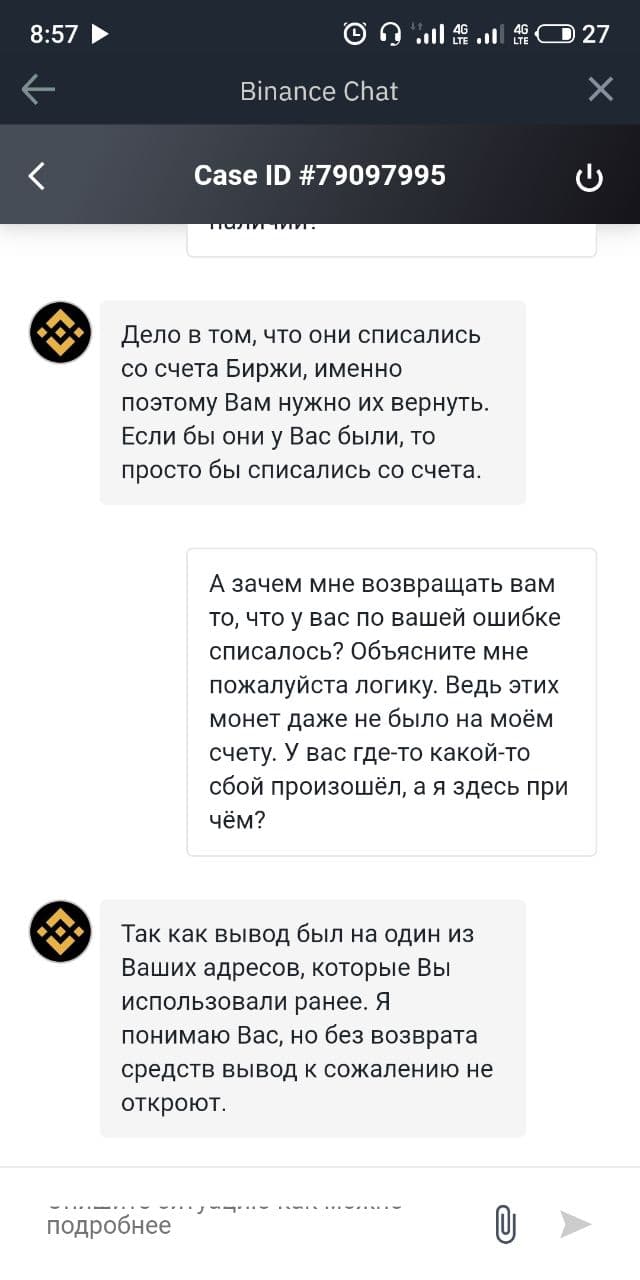 Binance apologizes for the delay and inconvenience, but has not yet indicated the terms on which it will negotiate with users, and what to do for those who cannot pay off the debt that fell from the sky and, thus, cannot withdraw their assets. Taking into account the root causes of the incident, the only way out for Binance without serious reputational losses would be to completely “zero” transactions, regardless of where and to whom the resulting DOGEs were sent. Those who paid off the debt from their own funds, of course, will have to get them back. Perhaps the affected users will be offered some other compensation or bonuses. Only after the complete restoration of user balances can the incident be considered settled.

Funding of 2.45 million euros in ten municipalities from the Solidarity Fund of the Ministry of Immigration

You can now install applications on Android TV directly from smartphones, literally in 2 clicks

Anthony Scaramucci: “Black Friday gave everyone the opportunity to buy…

DappRadar will launch its own RADAR token

Clarence Nov 27, 2021 0
The singer Adele made another hit chart return with records. Their latest album, “30”, claimed the title of…

Gemini CEO: “Bitcoin ETF will be approved in the US in…

Bitcoin drops $ 5,500 due to coronavirus mutation and…