The information about whether Turkey will also purchase new S-400 missiles from Moscow is contradictory. Erdogan wants new operation in Syria but does not have the green light. 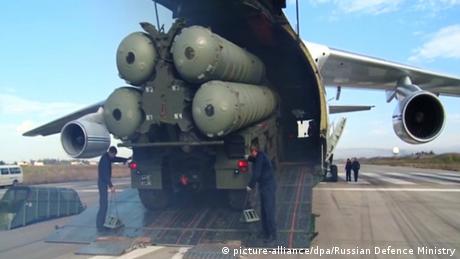 “Nothing new, the process continues as it was signed on the first day,” the Turkish Presidential Defense Service responded to the Russian news agency’s report about the S-400s. The TASS agency had reported that a new agreement had been signed for the sale of a second array of S-400s to Turkey.

A new operation in Syria?

However, the developments with the exclusion from the F35 and the anticipation of the F16 market have frozen the issue of the S400. However, after the meeting in Sochi, now officially, Erdogan’s officials say that it is possible that there will be direct communication with Assad in Syria. Something that Moscow sought.

Erdogan has been wanting to launch a new operation in Syria against YRG and PYD Kurds for months, but he has not secured the green light from either the US or Russia.

The next few days will show what trade-offs Putin asked for and how these developments will be reflected in US-Turkish relations. In the meantime, Erdogan will go to meet Zelenskiy along with UN Secretary-General Antonio Guterres.