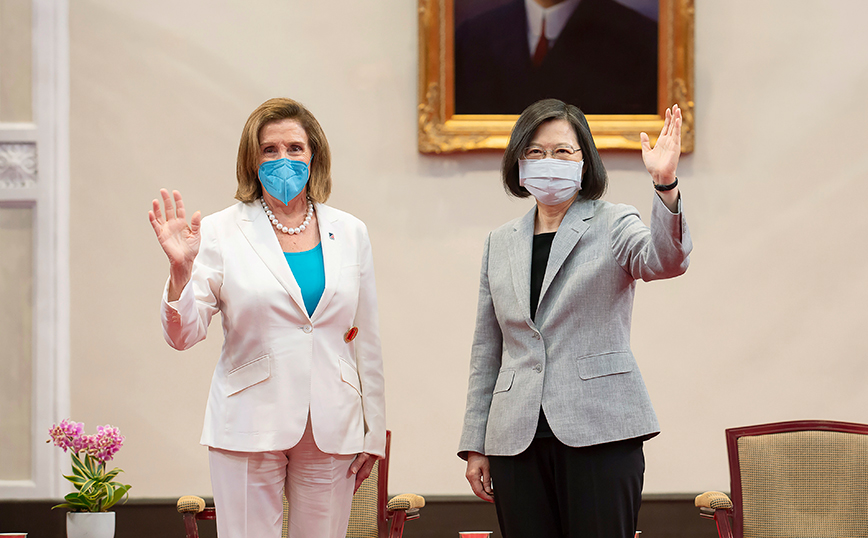 Her visit Nancy Pelosi in Taiwan it may have been completed and created serious reactions in China, but it seems that the journeys of Western politicians to this particular state have only just begun.

According to dw.comthe German press reports that German parliamentarians will visit the Asian country in October, in a trip that is reportedly scheduled before that of the vice president of the US House.

Thus, it seems that these are probably MPs from six parliamentary groups of the German parliamentwho participate in the Human Rights Commission of the Bundestag.

In fact, it is expected that two MPs will come from the Social Democrats and two from the Christian Democrats/Christian Socialists, that is, the two largest K.O. Specifically this trip, which according to information is independent of Pelosi’s visit and its international impact. it has been planned for some time and is expected to be combined with visits to Hong Kong and Japan.

Strack-Zimmerman: I want to visit Taiwan

At the same time, the president of the Defense Committee of the German Parliament gave an interview to DW Marie Agnes Strack-Zimmerman from the Liberals. Among other things, he was asked to comment on the tense situation in Taiwan and the escalation, with which China threatens. “I want to visit Taiwan,” he says characteristically, while regarding Nancy Pelosi’s much-lauded visit, he says that one must evaluate it “objectively, soberly and calmly”

As he characteristically notes, “there is the policy of one, unified China” which one must respect. “Taiwan belongs to China, but it has a different political system,” says Strack-Zimmerman, stressing that China’s aggression is unnecessary.