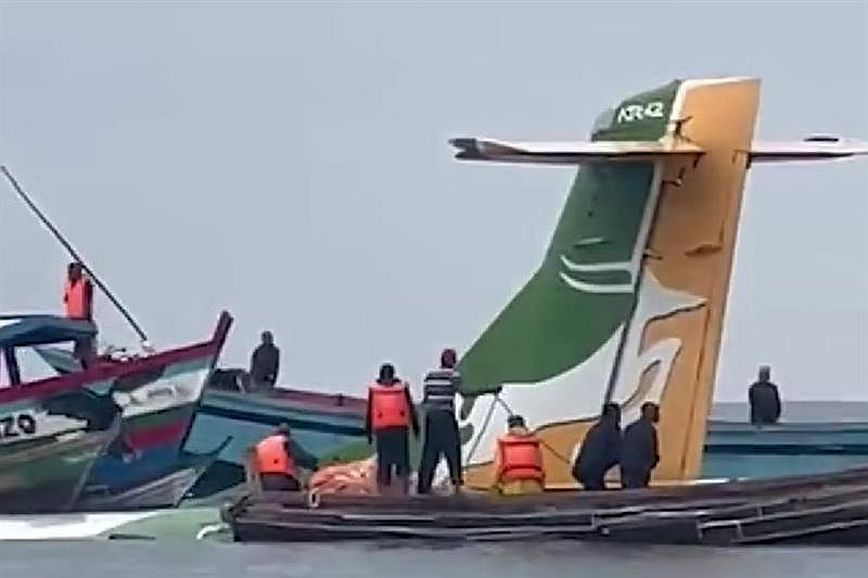 A Precision Air passenger plane crashed in Tanzania and more specifically in Lake Victoria, while trying to land at an airport in Bukoba, according to what Tanzania’s state broadcaster TCB reported.

As reported by APE-MPE, 15 people have been rescued so far, but it is not known how many passengers were on the plane or if there are any dead.

The plane, which had taken off from the financial capital of Dar es Salaam, “fell into Lake Victoria this morning due to heavy storm”TBC reported.

Police officer William Mwabagale told reporters that the plane crashed into the water 100 meters from the airport.

Photos and videos on social media illustrate it airplane almost completely submerged, with only its tail visible above the water.

Lifeboats have been deployed and rescuers are continuing efforts to rescue trapped passengers, TBC added.

“I was saddened to learn of the Precision Air plane crash”he tweeted. “Let us remain calm as rescuers continue the rescue mission and pray to God to help us.”

Bukoba Airport is located on the shores of Lake Victoria, Africa’s largest lake.

- Advertisement -
Share
Facebook
Twitter
Pinterest
WhatsApp
Previous article
Google Cloud is about to become a validator on the Solana blockchain
Next article
The most expensive petrol cars at the moment. Guess who’s in 2nd place?

Germany calls on Armenia and Azerbaijan to resume peace talks

Iran: Information about the execution of Alireza Akbari on the charge of spying for Britain

In the USA, a 6-year-old child shoots a teacher: how to deal with violence