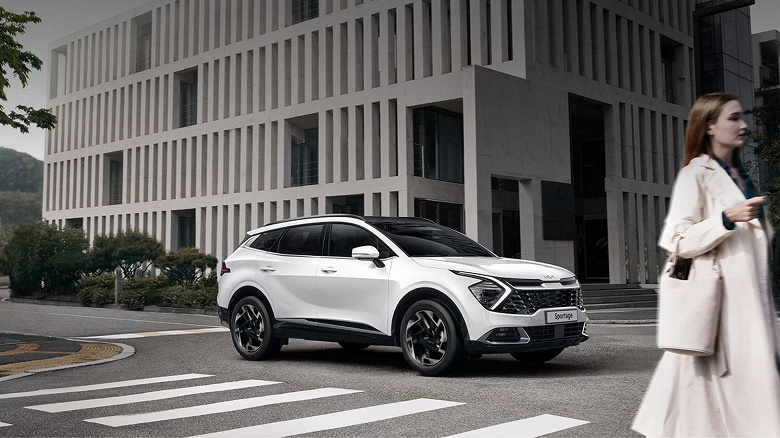 The all-new fifth-generation Kia Sportage went on sale in its homeland of South Korea, and Kia has released new photos of the compact crossover.

In South Korea, pre-orders started on July 6. On the very first day, 16,078 pre-orders were issued for a car in South Korea. Prior to that, more orders for the first day were placed only for the fourth generation Kia Sorento (18,941 orders), but the cars are in different classes.

The fifth generation Kia Sportage is offered with two wheelbases depending on the region. A long version will be sold in the USA and Asia: the dimensions of the car are 4.66 x 1.86 x 1.66 m with a wheelbase of 2.75 m. In Europe, a shortened version with unknown dimensions will be sold. At the same time, it will have a different rear end with modified struts.

The new Sportage has an even bolder design than its predecessor, with a striking front end including LED headlights with boomerang daytime running lights, a large radiator grille and a new Kia logo.

Inside are two 10.25-inch displays for the infotainment system and instrument panel. Below is a new climate control panel, combining physical buttons with touch buttons, as well as a high-gloss black and leather center console with an automatic transmission push-button switch and a road mode dial.

The basic version will offer a 1.6-liter turbo engine with 180 hp and 264 Nm of torque. In addition, a version with a 2-liter diesel engine, variable geometry turbine with 186 hp will be available. and a torque of 416 Nm. A hybrid version is expected later.

Australian tries to escape from quarantine hotel with… rope from sheets