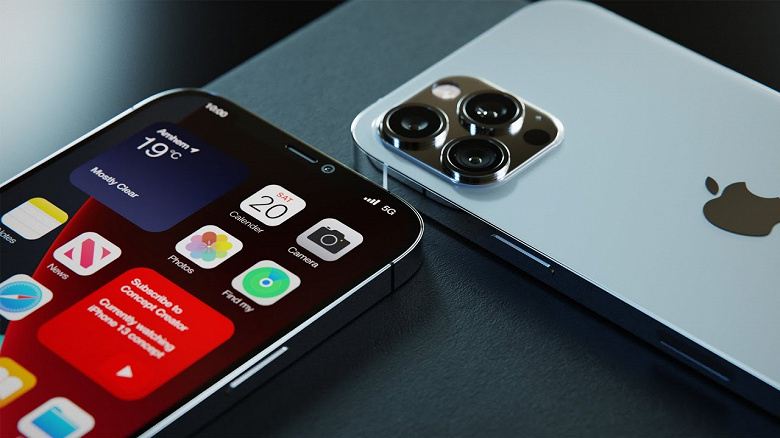 An insider under the nickname LeaksApplePro has published fresh data on the dates of the announcement, the start of pre-orders and the sales of the iPhone 13 series smartphones.

Apple’s September event is currently scheduled for week 37, the source said. Apple usually holds its conferences on Tuesdays, this time it should fall on September 14th. Pre-orders are due to start accepting on September 17, and sales start on September 24.

The most notable design change for the entire iPhone 13 lineup will be the smaller bangs. Four years after the iPhone X was released, Apple was finally able to shrink the front-facing camera components to make the unit more compact. The main camera will house three image sensors, but the camera module itself will become larger. The main camera should include three 12MP image sensors and a laser rangefinder. In addition, the iPhone 13 Pro will be equipped with an f / 1.5 aperture lens and seven plastic lenses.

The iPhone 13 Pro should be powered by Apple’s A15 SoC, which will be manufactured using a second-generation 5nm process. In conjunction with this mobile platform, an external Qualcomm Snapdragon X60 5G modem must be used. The LTPO screen on iPhone 13 Pro supports 120Hz refresh rate.

On the account of the LeaksApplePro insider, there are several confirmed leaks, in particular, this year he published several accurate renders of the iPhone 13, which were later confirmed by photographs of layouts and drawings.

Smart working as a solution to protect the environment