Some time ago, the first Russian computer in monoblock format, which runs on the Baikal-M processor, came to the employees of the Russian IT company KROK for testing. During testing, the company’s specialists analyzed the capabilities of this PC, concluding that the monoblock is quite suitable for office tasks – it is able to open the office suite for working with documents and spreadsheets, and also works effectively with modern browsers.

“In terms of performance, this is an ordinary office PC – no more, no less,” – from a review by a CROC specialist.

Actually, the monoblock works on the Russian Baikal-M processor, which, in turn, is built on eight Arm Cortex-A57 computing cores with a clock frequency of 1.5 GHz. Also, the system is equipped with 8 GB of RAM and a built-in solid state drive of 240 GB.

Image provided by the vendor of CROC
Related Posts

What smartphone manufacturers are sacrificing to lower…

Scientists find the tooth of a child who lived thousands of…

In addition, the company’s specialist noted that the computer was tested on the main software Alt Linux Workstation 9.2, although Astra Linux, Linux Red OS and Aurora OS distributions are also available on the aarch64 architecture. It turned out that there are practically no problems with software compatibility on this platform – it is quite possible to find analogues of popular applications necessary for operation, and active work is underway on some programs. For example, finding an office suite or a browser is easy, there are even professional image editors, VPN services, and much more. 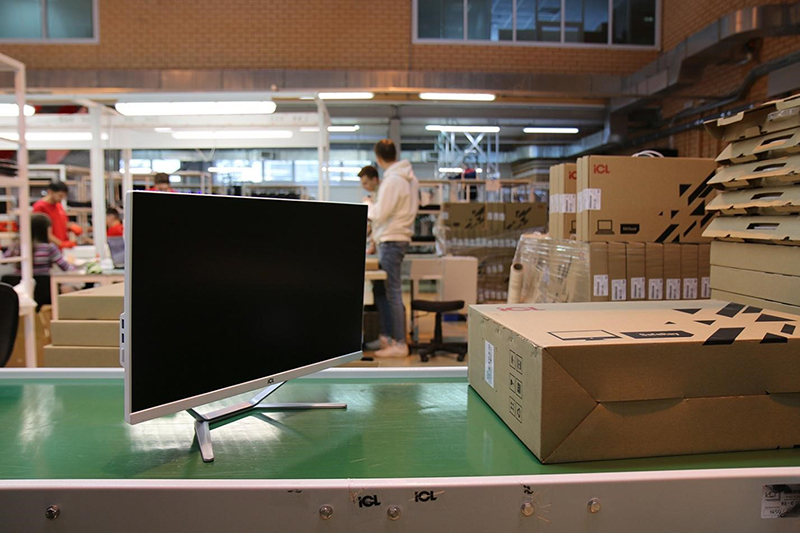 According to the specialist who tested this monoblock, the system performance is quite enough to open two Mozilla Firefox windows with five tabs each, plus run an office suite and a text editor. For a computer that was created for the office, this is quite an adequate set of features – the system does not overheat in this mode, demonstrating 55 C. Among the shortcomings of the system, the reviewer noted rather flimsy cheap plastic, backlash and creaking of the case elements, as well as a strange system for connecting the motherboard to the monitor . But the display itself is quite good, the number of ports for connecting peripherals is impressive, and within the framework of import substitution, the PC looks like a quite working option.

The Stock Exchange is cautiously up

Connectivity promised by Musk to Bolsonaro is not a cheap service, says expert

This Chinese is ready to oust competitors. Testing Exeed LX and Surprised (2022)

USA: Masks return to New York due to monkey pox

Derek Black May 22, 2022 0
The return of masks indoors New York Health Authorities ruled in favor of the first case smallpox of monkeys. At…

May 22, 2022
the ukrainian president Volodymyr Zelensky accused the Russia to block the export of 22 million tons of food…

Biden on monkey pox: Everybody has to worry – We work hard to…

May 22, 2022
Worried about smallpox of monkeys seems to be the Joe Bidenwith the US reviewing all available data on treatments…

Ukrainian prisoners could be exchanged for detained oligarch, says…

May 22, 2022
Russia is considering exchanging Ukrainian prisoners from the Azov regiment for Viktor Medvedchuk, a pro-Russian…

Russian attack damages more than 1,000 apartments and 5 schools in…

Boeing docked a spacecraft to the ISS for the first time.…