The first reviews of the iPhone 14: what do journalists think after meeting

Many users believe that Apple this year introduced probably the most boring generation of iPhone smartphones. But in fact, this is not entirely true – the base iPhone 14 certainly received so few upgrades compared to the iPhone 13 that they can be counted on the fingers of one hand, but there is good news. Now those users who love a large display, but do not need a telephoto lens and other features of Apple’s Pro-smartphones, can not spend too much money on an advanced version of the device. Instead, they will be happy to be able to buy the iPhone 14 Plus, which journalists speak very well of.

If in the case of the iPhone 14 Pro and iPhone 14 Por Max you can find changes in terms of design if you look, then the situation with the iPhone 14 and iPhone 14 Plus is very clear. For example, The Verge journalists noted that this year Apple made its regular, so-called “non-professional” iPhone in two sizes – a standard 6.1-inch version, as well as a Plus version with a 6.7-inch diagonal. This is indeed the first time that an iPhone without a Pro set-top box has received such a large diagonal, but the differences compared to the iPhone 13 simply end there. This is literally the same smartphone from last year, but stretched for a larger diagonal. 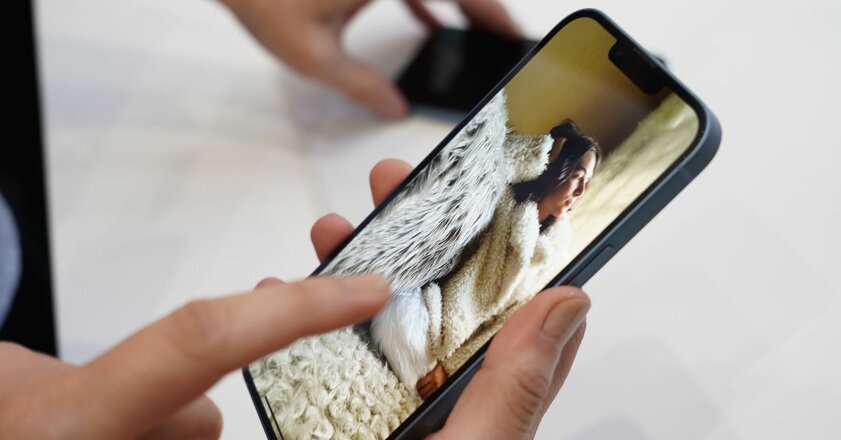 And although most users did not really like the fact that the new iPhone is no different in appearance from the old one, this is quite suitable for TechRadar. The journalists noted that there are no problems or flaws in the design of the smartphone – it is comfortable, boasts excellent build quality, plus this is the first smartphone that will be deprived of the SIM card tray in the United States, which is also interesting. True, the website specialists note that the iPhone 14 does not have a “Dynamic Island”, which makes it less attractive against the background of the iPhone 14 Pro.

Display: the old “bangs” have not gone away

The huge advantage of the iPhone 14 Plus is a huge 6.7-inch display with a resolution of 2778 × 1284 pixels. This is almost the same display as on the iPhone 14 Pro Max, only in this case the user does not need to pay for a Pro smartphone, he gets a cool display in a “regular” iPhone – Pocket-lint journalists really liked this. They also noted that the display of the smartphone supports True Tone, Haptic Touch and HDR, but it, of course, does not have ProMotion. Accordingly, the display operates at a frequency of 60 Hz instead of a variable frequency from 1 Hz to 120 Hz for the Pro versions. 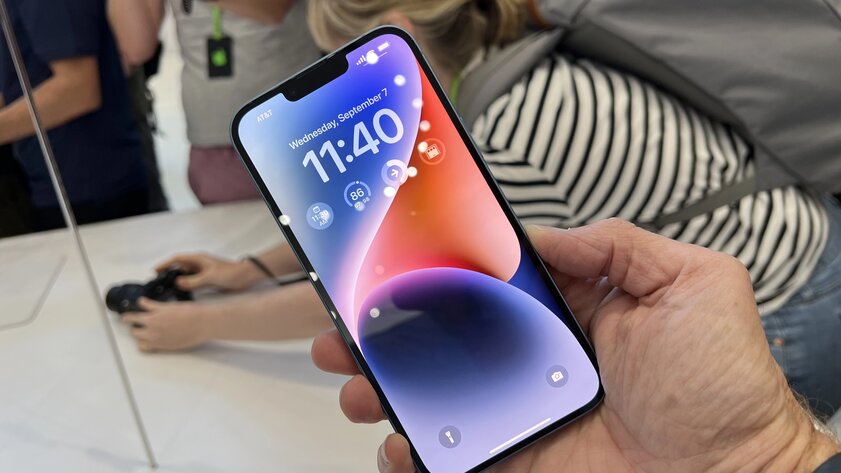 The information publication The Verge noted that all smartphones presented by Apple at a recent presentation received Super Retina XDR displays – these are extremely high-quality OLED panels with rich colors and true blacks. It will be more than pleasant to receive content from such a screen, and there is another important bonus – the iPhone 14 Plus, although it looks as big as the same iPhone 13 Pro Max or iPhone 14 Pro Max, is actually noticeably lighter. For a certain category of users, this will actually be an important advantage when choosing a device. 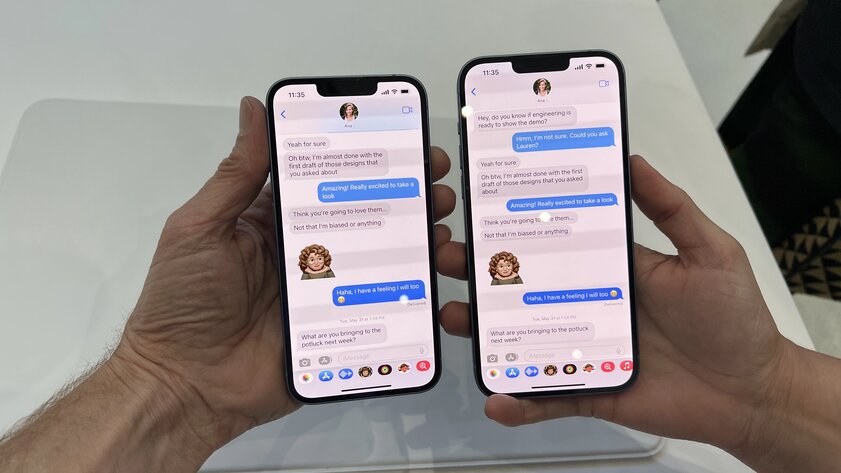 TechRadar agrees that the iPhone 14 has the same 6.1-inch display as the iPhone 13, even the pixel density and resolution have not changed compared to its predecessor. In addition, the device received an outdated cutout for the front camera and a number of sensors, just like last year’s model. Because of this, the standard iPhone 14 loses a lot to the iPhone 14 Plus, since it, in fact, has no advantages compared to the iPhone 13. At the same time, the iPhone 14 Plus will make it possible to get a larger diagonal without having to pay impressive money for the Pro version, which, will probably make it a bestseller.

Processor: why create something new if the old one works great

Unfortunately, as insiders suggested, Apple decided not to install new processors in the iPhone 14 and iPhone 14 Plus. Instead, the base versions of smartphones will get last year’s A15 Bionic processor, which powers the iPhone 13. Yes, the new generation of iPhone uses a version with five GPUs instead of four, but the essence of this does not change. And while Pocket-lint believes that there is nothing wrong with last year’s processor, because the iPhone 13 works more than adequately, they note that the iPhone 14 Pro and its Max version will be more productive than the original line. 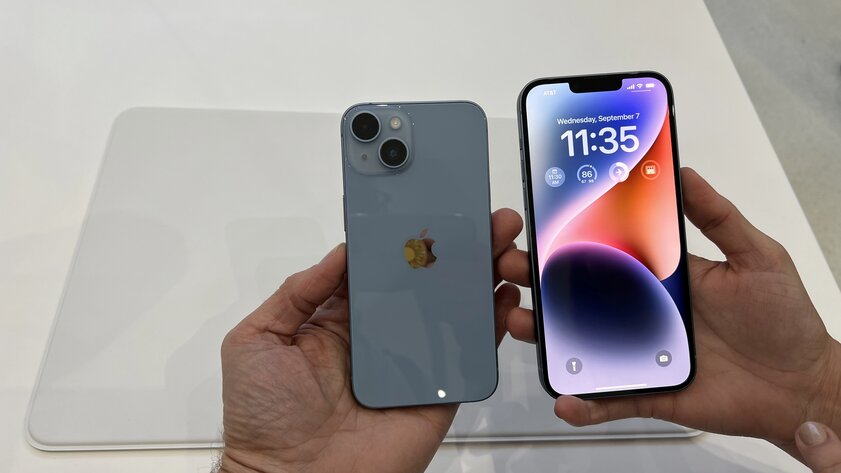 The Verge, apparently, is also not very happy with the fact that the chip was left last year, but, on the other hand, journalists believe that there really is no problem with this. This smartphone is a small upgrade of last year’s iPhone 13, so it would be strange to expect a breakthrough processor from it. The manufacturer simply decided to use the hardware that has already proven itself well, and the new chip went to top models – they cost more and Apple needs to somehow argue this. And TechRadar decided not to rely on the characteristics at all – instead, right at the stand after the presentation, the journalists tested new smartphones in games. 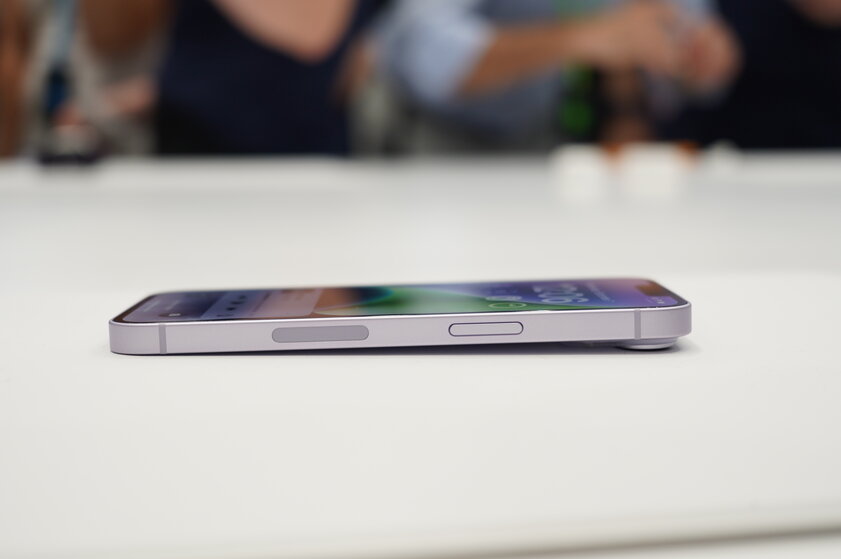 Naturally, there were no problems with the interface – the smartphone copes with all the software, it has extremely smooth animations, and this was obvious. At the same time, modern beautiful video games also do not overload the processor – the content runs quite smoothly. And, probably, last year’s processor will easily cope with all the tasks assigned to it, since the iPhone 13 also had no difficulties with video games. Yes, and the iPhone 14, even in the basic version, supports satellite communications for the SOS signal, which is good news.

The basic versions of the iPhone 14 smartphone received only two cameras – the main one and the wide-angle one. Accordingly, according to experts from Pocket-lint, the iPhone 14 and iPhone 14 Plus lack a telephoto lens, as in the iPhone 14 Pro and its Max version, plus the base models did not receive a more advanced 48 MP sensor. Accordingly, the same 12 megapixel camera is used here as in the previous generation of smartphones, but with minor changes. Here I would like to note right away that the upgrade of the iPhone 14 compared to the iPhone 13 is so meager that you will literally have to collect the benefits bit by bit. 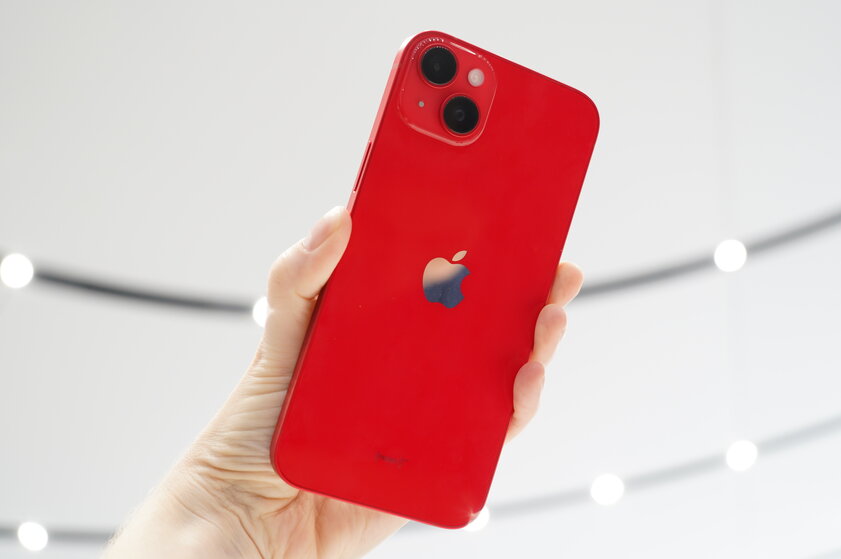 For example, The Verge noted that the new smartphone will shoot slightly better than the iPhone 13. This is due to the fact that the iPhone 14 uses the same lens as the iPhone 13 Pro – it has a larger aperture (f / 1.5 compared to f /1.6), so that more light enters the sensor and the picture becomes brighter, juicier and with higher detail. Plus, there is support for Photonic Engine technology, which, according to Apple, improves image processing when shooting in low light. But in fact, as noted by many journalists from various publications, the iPhone 14 simply received an improved system for working with night mode, but for some reason it was also called a separate term. 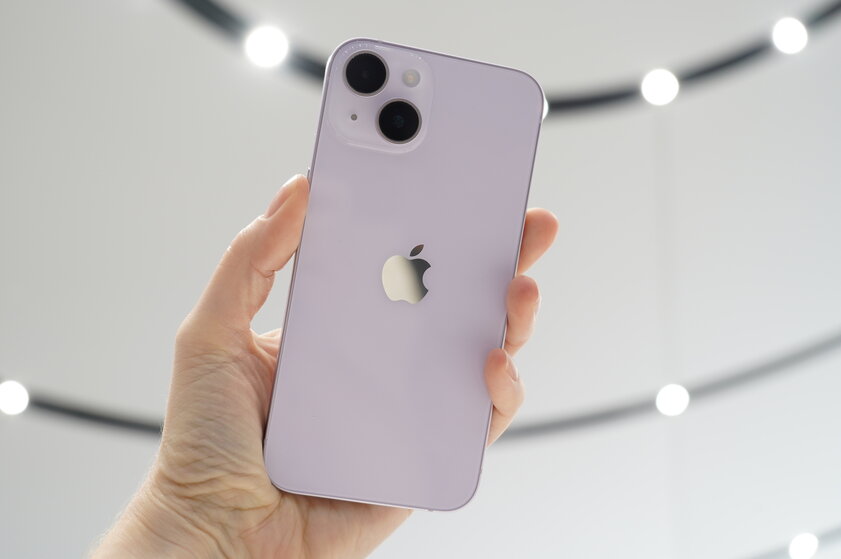 TechRadar said the cameras look really similar to the system in the iPhone 13, but they need to be tested in more detail. On our test rig, in good light, the camera took some really cool shots with instant autofocus, plus the 12MP TrueDepth front-facing camera takes decent shots too. But, frankly, you should not expect incredible changes – sensors with the same resolution and a slightly larger aperture can give a slight increase in quality, but you can only notice it under a magnifying glass.

Naturally, the iPhone 14 comes with iOS 16 operating system right out of the box, and there are many important changes and improvements in this system. But the main feature, of course, is the ability to customize the lock screen – although, as experts from Pocket-lint correctly remind, this OS is not exclusive to the iPhone 14 smartphone line. In fact, the system is available on a huge scattering of devices (from iPhone 8 and newer ), although the iPhone 14 has a few camera-related features that older devices don’t. And of course, the iPhone 14 Pro and iPhone 14 Pro Max have a unique notification interface above the tablet notch that other Apple smartphones won’t have. 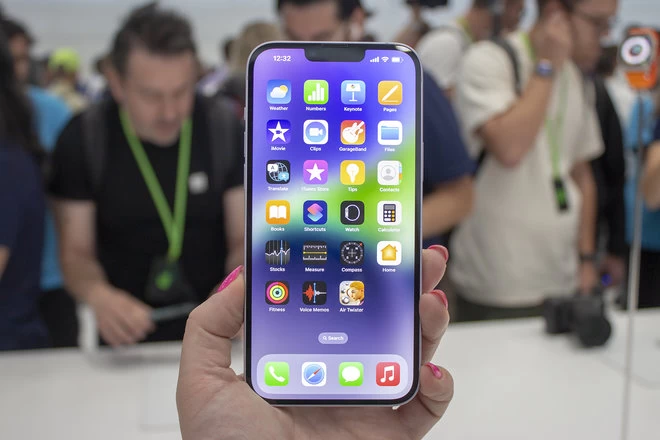 TechRadar also praised the new lock screen for not being cluttered with notifications, as well as the ability to change the screen style depending on the situation. On the smartphone that the journalists tested after the official presentation, the new lock screen looked quite beautiful, plus many small innovations allow you to look differently on your smartphone. And that’s probably exactly what Apple’s designers were trying to achieve – to keep their usual design language, giving the audience new opportunities.

Review: Bigger is not better, but not in this case

Bigger, according to TechRadar and The Verge journalists, does not always mean better, but if the user really needs a large display and is more comfortable with it, then new gadgets can offer you the necessary characteristics. Yes, the iPhone 14 looks more than useless in this scenario, but those who are looking for a larger form factor and a more capacious battery can no longer worry about the prices of Apple’s Pro version of smartphones. Instead, they can take the iPhone 14 Plus, which starts at a very reasonable price, and get the big screen they’ve been dreaming of.