Current European and international developments in the field of sustainable financing were at the center of the international conference entitled “The Future of Sustainable Finance”, organized today by the Hellenic Capital Market Commission at the Karatza Palace in Athens.

Senior government officials, heads of Greek and European supervisory authorities, representatives of institutions and companies, as well as experts from Greece and abroad highlighted the challenges and prospects, as well as a wide range of current ESG issues covering business transformation strategies, financing issues compliance and wider investment options.

Opening them The Minister of Finance, Mr. Christos Staikouras, announced the issuance of a government green bond in 2022, provided that the appropriate financial conditions are in place. The issuance of a green bond is part of the planning and adoption of a series of actions and interventions of the Ministry of Finance to create a new model of sustainable financing and green growth. In this direction, the investments of “Greece 2.0” are focused on the green and digital transition, since 37% of their expenses are related to the climate and 20% to the promotion of the digital transition of private companies.

According to Mr. Staikouras, the reorientation of private funds to more sustainable investments presupposes a review of the way our financial system works and the establishment of a modern sustainable financing framework. At a time, in fact, when the amount of “red” loans decreased significantly, while liquidity improved significantly. “Indicatively, corporate and household deposits increased by about 42 billion euros between June 2019 and April 2022, and amounted to 178 billion euros, which is the highest record since the beginning of the crisis in 2010,” the minister said.

Regarding the further interventions of the government in the domestic capital market, Mr. Staikouras underlined that a project of digital reform of the Hellenic Capital Market Commission has been launched, with a time horizon of 2025, financed from the resources of the Recovery Fund. of the Supervisory Authority. “At the same time, we received technical assistance from the European Commission for the formulation of a ‘Strategy for the Development of the Greek Capital Market’, with the aim of promoting targeted actions and legislative initiatives for the substantial upgrade and modernization of the domestic Capital Market,” he added.

In his own greeting the Minister of Development and Investment, Mr. Adonis Georgiadis, stressed the important role of the Hellenic Capital Market Commission and stressed that public sector wages should follow the private sector and the good ones should be paid, with the State reaping the benefits of their capabilities. He argued that Authorities such as the Hellenic Capital Market Commission should have a way of moving with adequate flexibility in hiring executives. “The capital market is an area that we must take care of and we will do it as a government,” he said, adding that bold initiatives will be needed from everyone. 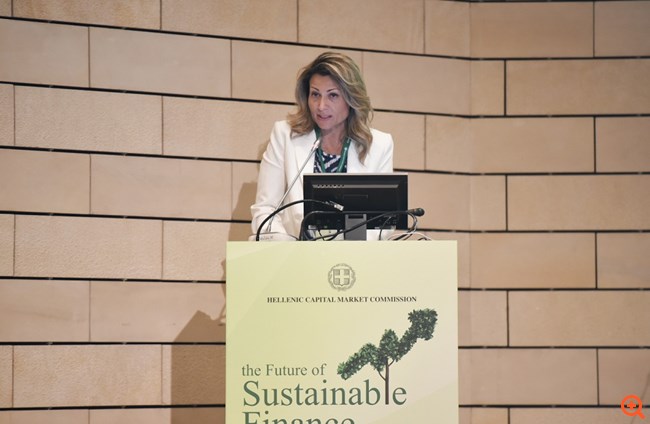 He described it as a one-way street the Chairman of the Hellenic Capital Market Commission, Mrs. Basilica of Lazarakou, sustainability and in particular the integration of ESG criteria, saying, among other things, that like any transition, green has costs and risks and it is important to know them to see and how to deal with them. In the discussion moderated by Christos Gortsos, Professor of Public Economic Law at the University of Athens, Ms. Lazarakou referred to the recent changes in the legislation, saying that the Commission has proposed further changes to make it possible to impose fines on stopping green washing. “We have taken initiatives for green washing, and we are waiting for the completion of the EU legislative initiatives to form a common framework. It is important to have coordination at international level, to have uniform rules,” added the Chairman of the Hellenic Capital Market Commission.

In the same panel the Mrs. Verena Ross, President of the European Securities and Markets Authority (ESMA) argued that the EU commitment for a sustainability agenda seems more relevant than ever after the pandemic and the Russian invasion of Ukraine. “ESG funds have been flourishing in recent years, and are an opportunity for investors. We need private investment, we need the support of all Regulators. ESMA and Authorities have an important role to play in shaping the framework and implementing it,” she said. Mrs Ross. He added that there should be detailed rules for tackling the green washing phenomenon and that co-operation is needed to create a European framework that works effectively.

THE Petra Hielkema, President of the European Insurance and Occupational Pensions Authority (EIOPA) pointed out that the frequency of climate-related events has increased globally. Historically, the European insurance sector has been in a good position to handle claims arising from major European natural disasters. “For us, the regulators, it is important that the industry continues to support society and provide financial protection against the consequences of such events. We are committed to ensuring that small investors can invest and save sustainably, as well as participate in the transition to a greener economy “, he emphasized characteristically.

For his part, o Robert Ophèle, Chairman of the French Securities and Exchange Commission (AMF) He spoke in support of the US Alliance, but said that maintaining some independence was not the answer. He pointed out that Europe has an ambitious agenda, but is lagging behind in decision-making, which is why the role of national authorities is important. “We can not wait two years to deal with green washing. We must do it immediately,” he said meaningfully.

THE Carlo Comporti, Commissioner of the Italian Securities and Exchange Commission (CONSOB) underlined the need to place more emphasis on funding. “We want to help businesses seize the opportunities. We need to create the framework, but without unreasonable burdens, that businesses will not be able to meet,” said Comporti, adding that SMEs have not incorporated sustainability priorities. considering that they have not yet understood the green agenda. 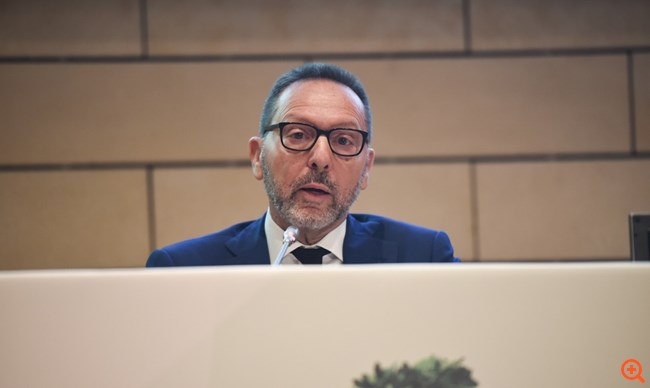 This was followed by a discussion coordinated by Mrs. Lazarakou, with Governor of the Bank of Greece Mr. Giannis Stournara to state, among other things, that climate change is a reality and is now being experienced worldwide with extreme weather events, while according to the United Nations, it is one of the greatest life-threatening dangers on the planet. Governments, through taxes and subsidies, as well as investment incentives, have the first role to play in tackling the climate crisis. The financial system, and of course the central banks, play a complementary but equally important role. Recognizing this role, the European Central Bank (ECB) has taken into account the risks of climate change to the economy in its 2021 monetary policy review.

“The Bank of Greece was one of the first central banks in the world to point out these risks and invest in the relevant research. Since 2009, the risks from climate change are very high in its priorities, while in June 2021 it created the Climate Center. Change and Sustainability, which coordinates all the relevant activities of the bank.It also participates in the NGFS, the “Network for the Greening of the Financial System” together with 113 other central banks and 18 observers. “better meet the challenges of climate change,” said Mr. Stournaras.

He noted that “Greek banks have begun to incorporate climate change risks into their business models and activities, especially in risk management systems, and have taken significant steps to meet regulatory expectations. They are expected to move forward when this should be required by the supervisory authorities, in the assessment of the effects of the risks of climate change on their capital adequacy, as well as in the disclosure of the relevant risks “. In closing, the BoG Governor stressed the importance of completing the banking union as well as the capital markets union in the European Union, as this will also contribute to the more effective management of the climate crisis.

For his part José Manuel Campa, President of the European Banking Authority (EBA), stressed that the Authority is moving to address four challenges regarding the role of banks. The first concerns the governance and strategy of the banking institutions for the ESG, the second the data and disclosures, the third the risk measurement, and the fourth the regulatory challenge and the creation of the appropriate framework. Regarding the financing needs for the green transition, he stressed that the banks should strengthen the risk assessment, to measure them in case of climate stress.

B. Psaltis (Alpha Bank): Banks can bear the cost of energy transition, but there is a plan

Significant gains in the Euromarkets with ‘air’ from the US