The S&P 500 reels in a volatile session after the US Federal Reserve raised rates, as expected, by 75 basis points, and announced in its statement that the “cumulative adjustment” would be taken into account in force and recognize that monetary policy continues to lag behind in specific sectors of the economy, in particular the labor market and price stability. The S&P500 therefore retraces some of its early gains, hovering around 3,842.16-3,866.28 at time of writing.

Statements by Jerome Powell at a press conference

During his press conference, Federal Reserve Chairman Jerome Powell said that the central bank is firmly committed to reducing inflation, adding that the ongoing rate hikes are “appropriate” to achieve a sufficiently restrictive policy. . Although these are some of the usual comments from him, once he said that the “final rate level will be higher than expected,” The S&P 500 sank from its daily highs at 3,894.44 to 3,801.50 as it was perceived as a bullish statement.

As for the monetary policy statement, the Fed acknowledged that growth was slowing in spending and output and commented that labor market conditions remain “robust” and the unemployment rate is slow. Monetary policymakers added that inflation remains elevated, a reflection of supply-demand imbalances blamed on the pandemic and rising food and energy prices.

While Fed officials have said they are determined to tame inflation and will continue to tighten monetary conditions, they have laid the groundwork for a slower pace of rate hikes. Fed officials added to the statement that “the Committee will take into account the accumulated adjustment of monetary policythe lags with which monetary policy affects economic activity and inflation, and economic and financial developments“.

As for the Fed’s balance sheet shrinking, policymakers added that it would continue to shrink as anticipated and added that the Federal Reserve Open Market Committee (FOMC) would depend on the data, taking into account readings. public health, labor market conditions, inflationary pressures and inflation expectations.

The market reacted negatively, sending the dollar lower, and the S&P 500 rallied towards its daily highs as traders priced in the monetary policy statement. However, Federal Reserve Chairman Jerome Powell’s press conference changed the markets’ initial reaction, as shown below in the 5-minute chart of the S&P 500. 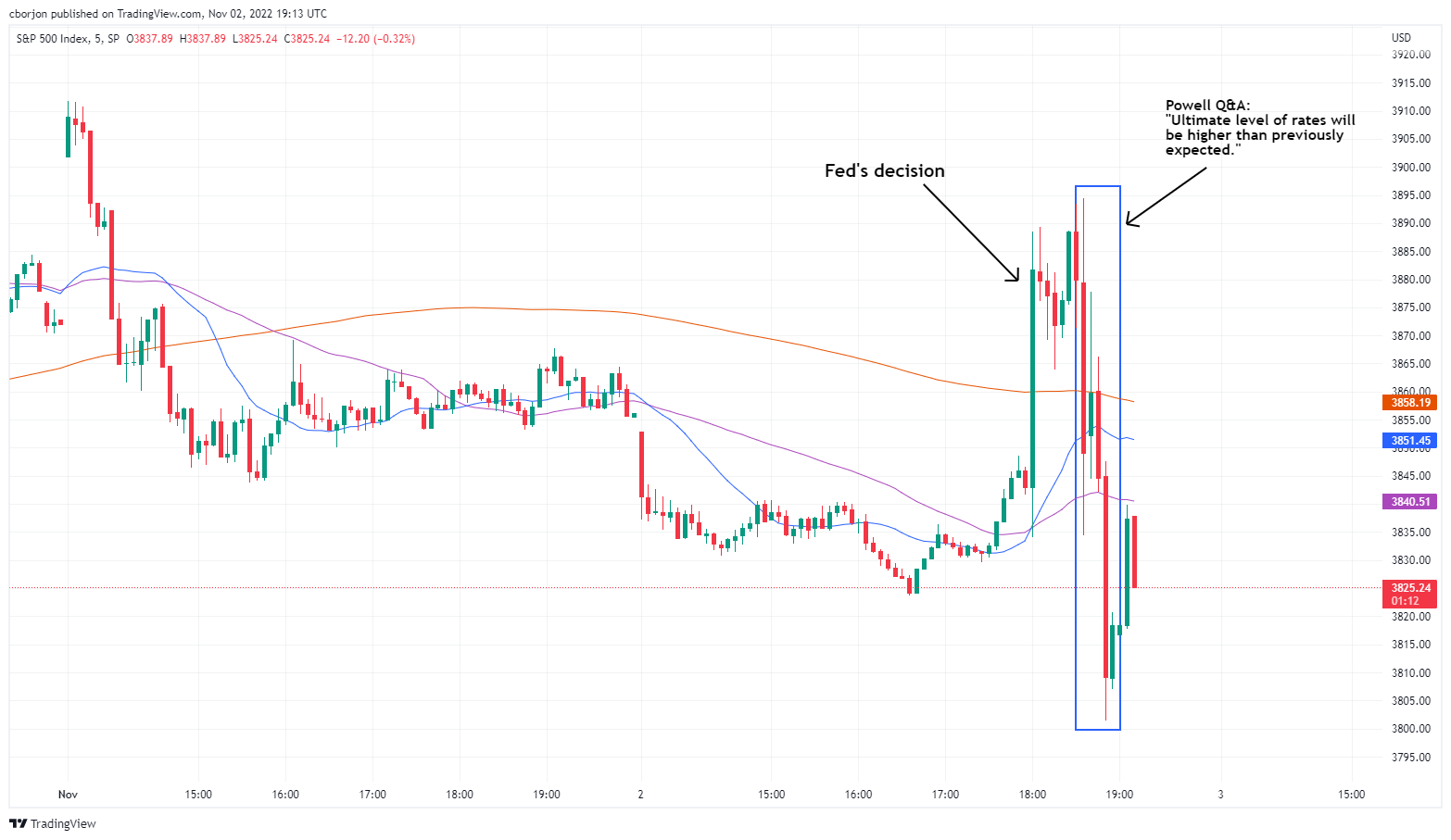 BOC: CAD may not get much directional guidance from next week’s meeting — TDS

Rishi Sunak: “Bell” to the British Prime Minister for not wearing a seat belt in the car

BOC: CAD may not get much directional guidance from next week’s meeting — TDS