The story of a loser: how the rebirth of BlackBerry, Palm and Alcatel failed in the hands of TCL

Many Chinese companies succeed in the domestic market and then look for partnerships with European or American brands to gain new competencies and enter the global market. Among manufacturers of mobile phones and smartphones, TCL adheres to this tactic. The corporation buys the rights to well-known brands that are in decline in order to revive them with a new model range. But this approach does not guarantee success at all, let’s figure out why, using the example of Alcatel, BlackBerry and Palm.

Alcatel is a successful purchase not only of the brand

At the beginning of the 2000s, the French Alcatel was one of the leaders in the telecommunications equipment market for mobile operators. The mobile phone business was a spin-off and unprofitable business. In 2004, to correct the situation, the French let TCL in as a joint venture in exchange for large investments. Thanks to this, the Chinese gained access to technology, design, marketing and sales, as well as 600 employees who were responsible for this. A year later, in 2005, TCL bought out Alcatel’s mobile business entirely and continued to make the same unremarkable feature phones without much success. 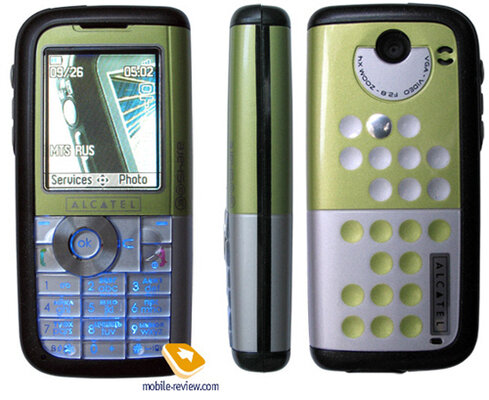 The renaissance happened in the era of Android, when Alcatel began to be positioned for young people, and smartphones turned out to be quite balanced. The company clearly got its hand in, and everything turned out better. The pinnacle of development was the Idol 3 line, consisting of a 4.7-inch compact and a 5.5-inch phablet. Stylish design with thin bezels, Qualcomm hardware, fresh clean Android, and most importantly, powerful stereo speakers and a bundled headset from JBL. In 2015, a rare smartphone gave such opportunities, and Idol 3 was offered for quite reasonable money – 15 thousand rubles for the younger model at the start with a further decrease to 12! The following year, Alcatel took the same formula and made the eye-catching Idol 4 line. 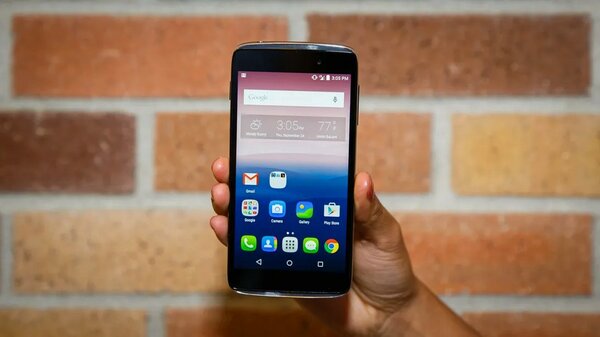 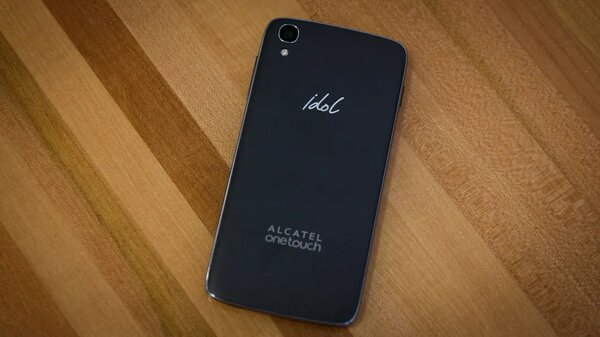 However, neither one nor the other lived up to expectations and hardly paid off. This is most likely why TCL decided to gradually wind down Alcatel’s history. More advanced models under this name did not come out, and each new smartphone, if you look at it as a whole, became simpler and more boring. Now the brand is experiencing an obvious decline and even curtailed its activities in Russia. There is not a single objective argument in favor of a new revival of Alcatel, for almost 20 years TCL has not been able to make the French brand truly successful. 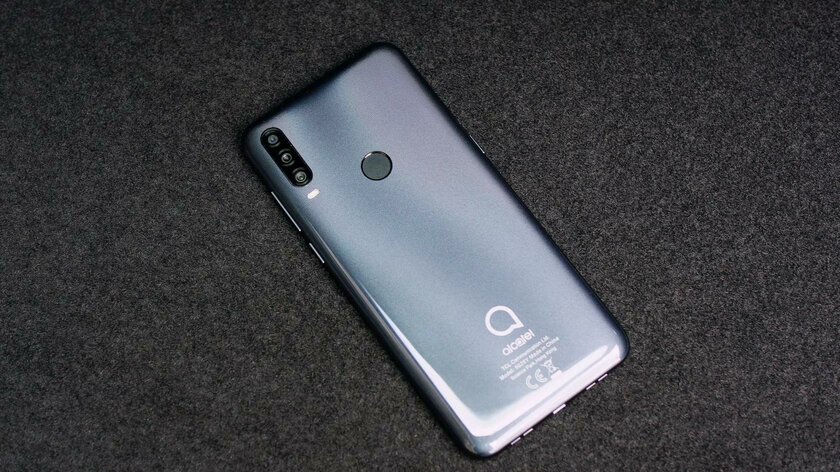 BlackBerry – business communicators are out of fashion today

Mighty QWERTY communicators from the early 2000s, BlackBerry was once a household name for business smartphones. The strength of the Canadian firm lay in corporate services focused on security and privacy. However, against the backdrop of the revolutionary iPhone and rapidly developing Android-smartphones, “blackberry” communicators began to look old-fashioned. 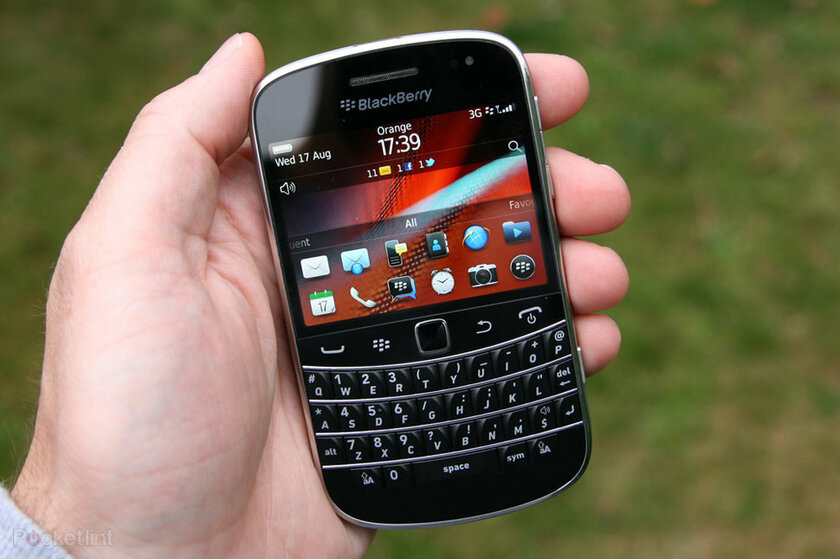 All attempts to make a touch communicator in a new way were unsuccessful. At first, the new BlackBerry 10 touch OS failed miserably, as it was much inferior initially and could not keep up with iOS and Android. The company then made an attempt to move to Android by releasing the BlackBerry Priv in partnership with Samsung. Just take a look at it – it’s a vertical QWERTY slider with a huge curved screen, it’s more unusual to find a mass device. In any case, in the past, a successful company with a large army of fans found itself in a pit of losses. In 2016, BlackBerry abandoned the independent production of smartphones, focused on the development of its services, and transferred the rights to the brand to TCL. 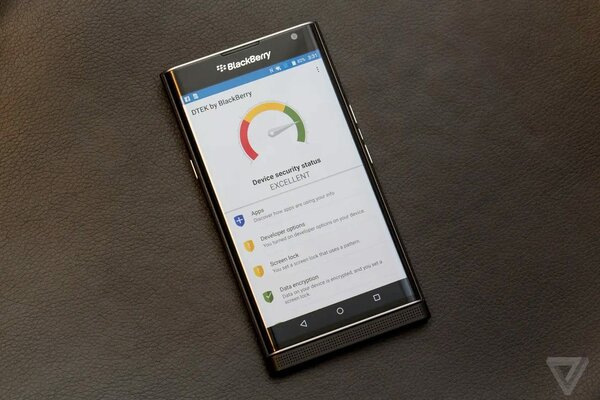 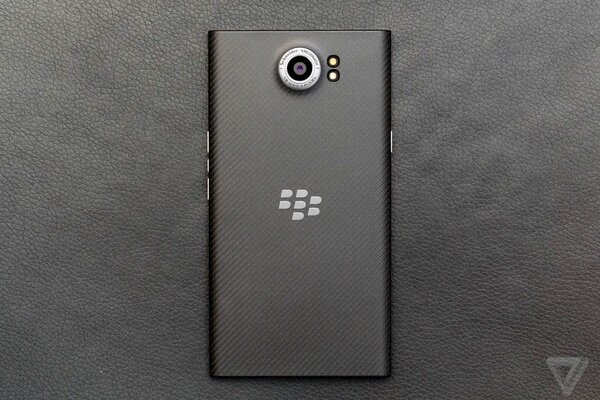 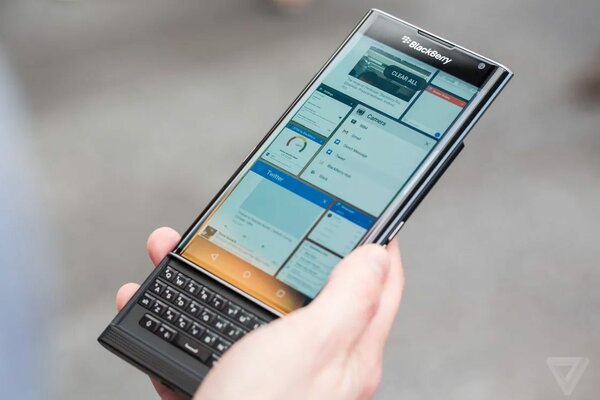 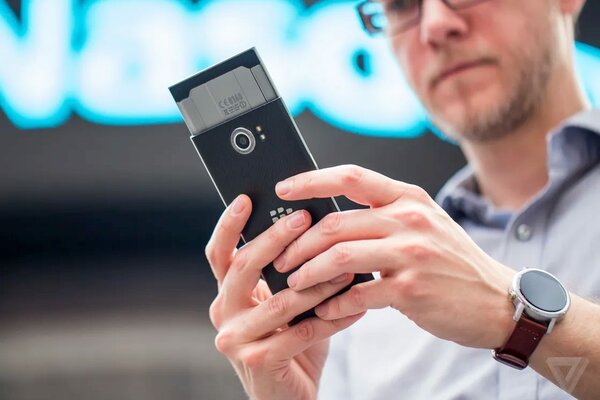 Without thinking twice, the Chinese released a converted Alcatel Idol 4 with corporate BB services under the non-speaking name BlackBerry DTEK50. The device is certainly good, but BB services alone are not enough to reach the level of a business communicator. Realizing the miscalculation, TCL developed a smartphone in the spirit of the old BlackBerry: a sturdy stylish QWERTY-all-in-one KeyONE. Then he received an equally interesting continuation in the form of KEY2. Both smartphones were warmly received by the BlackBerry community, but things still didn’t work out – the time of QWERTY-communicators is gone, and ordinary touch-sensitive monoblocks under a well-known brand have not found popularity. As a result, TCL did not renew the license and by August 2020 abandoned the Canadian brand. The revival by the hands of TCL failed again. 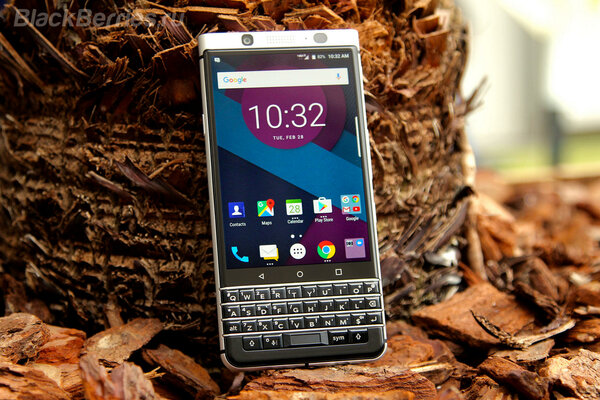 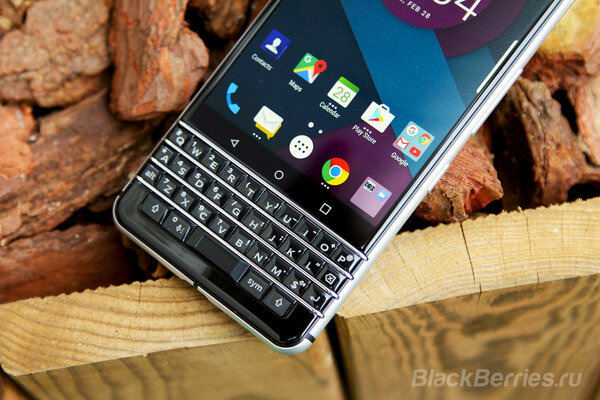 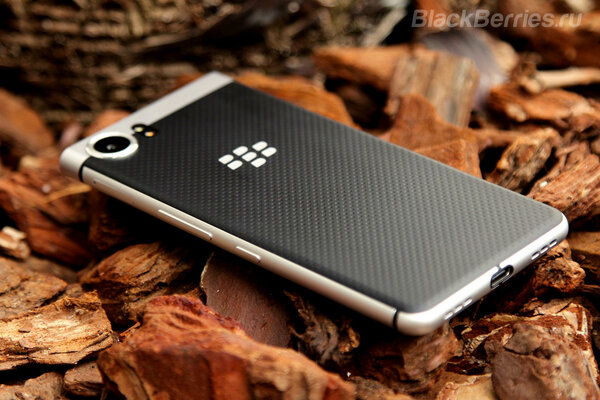 Palm – let’s do something unusual

The TCL portfolio also includes the American Palm brand. The name will evoke nostalgia in the older generation, in the people who used their communicators. Like BlackBerry, Palm lost the battle with the iPhone and sold out to HP in 2010. True, Hewlett-Packard was more interested in non-released pocket computers and smartphones, but in the promising webOS operating system. In the future, it was webOS that was bought by the Korean LG to adapt to the needs of its own TVs, but that’s a completely different story. TCL came to the rescue of Palm itself in 2014, bought the brand and put it on the shelf. 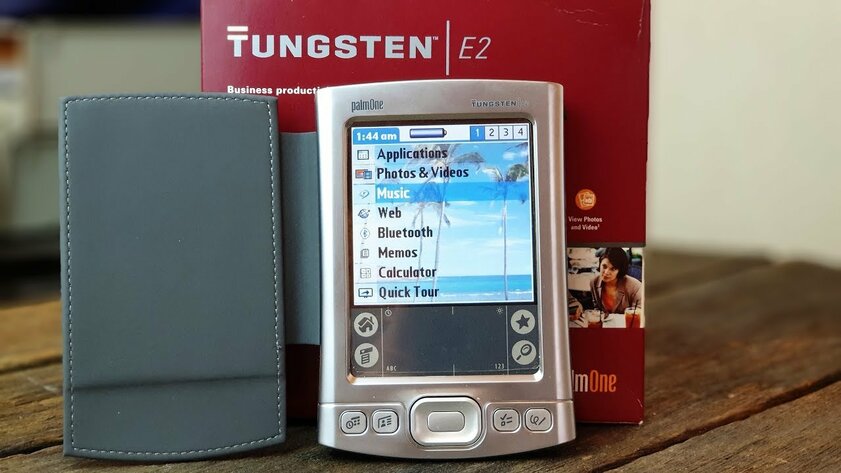 The new life of Palm turned out to be unusual. Apparently, given the experience of Alcatel and BlackBerry, TCL decided to experiment with positioning. Instead of another faceless Android smartphone, under the name Palm Phone, they released an insanely tiny device. This is just a water-resistant baby for calls and checking notifications in messengers, but at the same time on a full-fledged version of the green robot. The device was released in 2018 in the USA, by the end of 2019 it reached Russia and did not achieve any success. The main reason for this was the ambiguous positioning. At first, Palm Phone was promoted as a companion for the main device, and then it was completely reclassified as a children’s device. Marketing just couldn’t convince people to buy a second smartphone to help the first one. As a result, the project was closed with big losses, the revival of the old name by the hands of TCL once again failed. 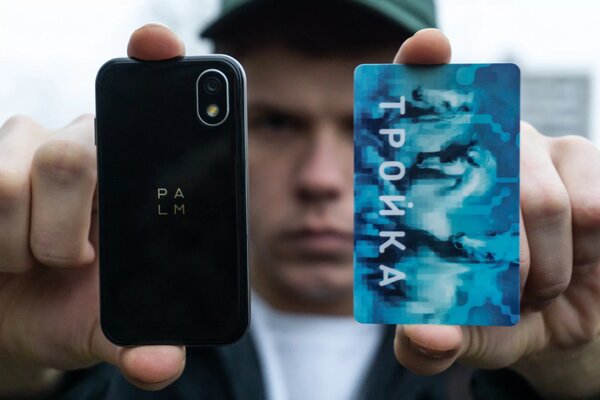 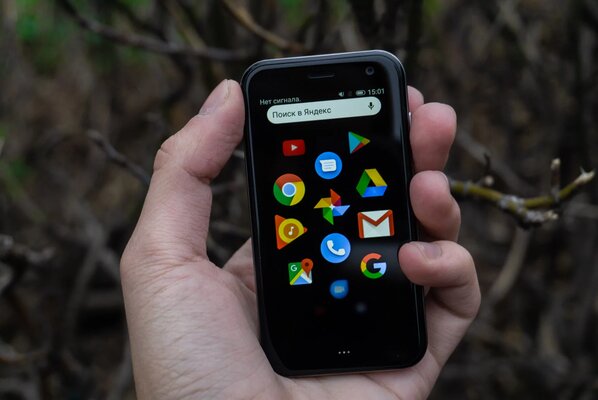 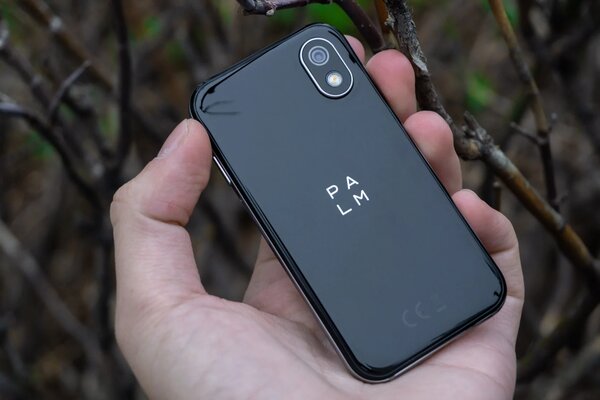 The only true tactic: developing your brand

Now it is quite obvious: a new and unknown brand from the Celestial Empire is able to succeed abroad. It takes persistence, inviting pricing policy and an impressive supply of money for the first steps. The experience of Huawei, Xiaomi and BBK Corporation (OPPO, Vivo, Realme, OnePlus) is a clear proof of this. But TCL is a much more experienced player compared to all of the above, but for almost 20 years of their history they have scattered their forces on trying to resurrect other people’s names instead of promoting their own. It’s strange, because TCL started the same way in the TV market – it created a joint venture with the well-known but declining Thomson SA for the sake of the name and competencies, but quickly abandoned the purchased label for the sake of its own brand. 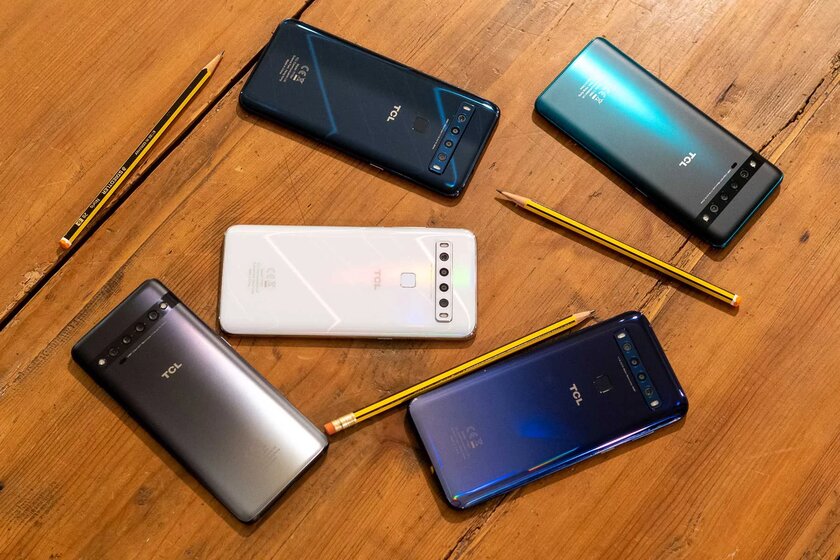 The entire TCL 10 line in one frame

They decided to project the same experience onto smartphones only in 2019, when smartphones under their own name were finally brought to the world market. The firstborn was TCL Plex, but I am familiar with the subsequent TCL 10 series. All of its representatives, and especially the older Pro, evoke unequivocal sympathy. While not a wild success, in my opinion, it is quite proportional to moderate marketing efforts. Today, the brand lives and produces quite interesting devices. For example, recently a large phablet with a stylus was introduced at a very attractive price – TCL Stylus 5G. I just want to wish TCL patience so as not to turn off the chosen path.

Musicians will travel 483 kilometers to collect aid for Ukraine

Tunisia: Police interrupted a comedian’s performance because he “offended morals” – Reactions to the intervention