Last Sunday, May 15, the Billboard Music Awards were held, an event that took place at the MGM Grand Garden Arena in Las Vegas, but more than the outfits paraded by celebrities on the red carpet, what caught the public’s attention was the strange attitude that model Cara Delevingne presented throughout the event.

It turns out that the model’s attendance at the event was not the only thing that surprised the guests; What really amazed the public was that she did not detach herself from the rapper Megan Thee Stallion at any time, since she accompanied her everywhere from the red carpet to the seat at the awards ceremony. And something that gave a lot to talk about were the strange reactions that Delevingne had throughout the ceremony. 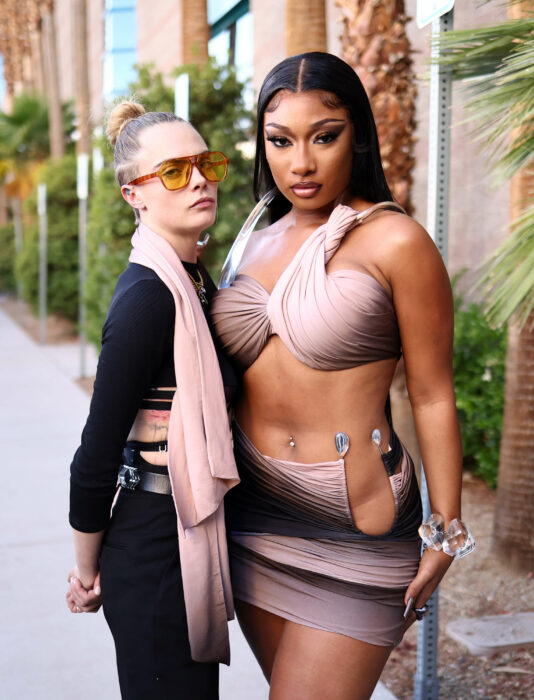 In addition to walking behind all the celebrities and appearing in almost all the videos and photos of the rapper Megan, the faces and gestures of the model scared both the attendees and the press, since most concluded that it is not normal behavior. that someone would have in an event of that magnitude.

It seems that Delevingne was not satisfied with simply appearing in the background of Megan Thee Stallion’s photographs, but appeared next to her during her time on the red carpet and grabbed part of the rapper’s dress and began to throw it into the air. over and over, as the singer posed for photos.

That was just the beginning, because if someone tried to take a picture with Megan, she would also pose. There is even a recording in which Delevingne can be seen interrupting a conversation between the rapper and singer Doja Cat.

But the strangeness and strangeness of Cara Delevingne’s attitude did not end there, because she even took on the role of photographer: at one point during the ceremony, she threw herself on the floor to take a photo of Doja with Fat Joe and DJ Khaled.

Cara Delevingne on the floor taking photos of Doja Cat, Fat Joe and DJ Khaled at the #BBMAs. pic.twitter.com/8MtwBJi0W7

The behavior and strange reactions that the British model showed on the Billboards caught the attention of users on social networks, who did not miss the opportunity to create funny memes. For this reason, we made a compilation with the best and here we leave you a list with the most epic memes of the strangest moments of Cara Delevingne in the Billboards:

1. Megan was left with delusions of persecution

4. No, you can’t accompany her

cara delevingne when she see megan at an awards show pic.twitter.com/9qHsOl86Lh

Cara Delevingne when she sees Megan at an awards show.

5. Face will always be there

your chances of being watched by cara delevingne are slim but never zero pic.twitter.com/rZzs7JQXr6

Your chances of being watched by Cara Delevingne are slim but never zero.

7. He will always be by your side 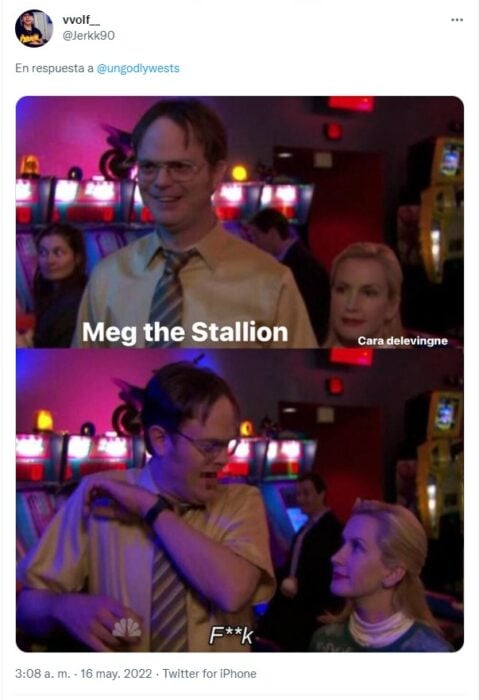 The Sanderson sisters are back! Disney reveals the first trailer for ‘Hocus…

Jun 28, 2022
The Prime Minister of her local parliament ScotlandNicola Sterzon, announced that she will be second referendum…

Jun 28, 2022
THE Boris Johnson in statements he made to journalists on arrival in Madrid for his Summit NATOpredicted that the…

Jun 28, 2022
Its space agency (Roskosmos) Russia released its coordinates both American Pentagonas well as the location of the…
Prev Next 1 of 15,247
More Stories

Machine Gun Kelly: “I tried to kill myself on the…

Margot Robbie and Ryan Gosling, on skates in Barbie and Ken…