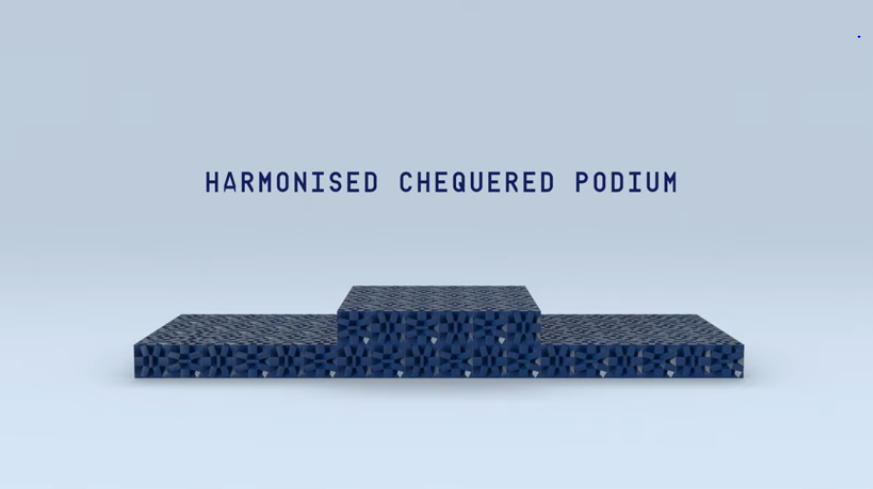 The creator of the AstraZeneca vaccine became a Barbie doll

New York counters: Where the unvaccinated will not be able…

On pedestals designed by the Japanese artist Asao Tokolo and made from 24.5 tonnes of plastic household waste will go up to be crowned the winners of the Tokyo Olympic and Paralympic Games. Within nine months, its citizens Country of the Rising Sun. gathered – in more than 2,000 collection boxes, located in department stores and schools across the country – and donated the equivalent 400,000 bottles of laundry detergent, reports ΑΠΕ.

After a process of recycling and conversion into fibers, the material was used to make a 3D printer of all 98 podiums of the Games. The initiative is part of a broader effort to engage citizens in the sustainability plan of the top sporting event; citizens have already donated old electronic devices to be converted into Tokyo 2020 Olympic medals.

“The pedestals were created to show the world the various ways in which a sustainable society can become a reality,” the organizers explained. The cubic units of the structure (s.s. of the pedestal) which were made in the 3D printer are in the same deep blue color of the Tokyo 2020 logo, as a reference to the indigo dye production tradition in Japan.

The Organizing Committee has set a goal to reuse or recycle 65% of the waste that will arise during the Games and 99% of the items that have been procured for them. The podiums will be turned into shampoo and detergent bottles by Procter & Gamble, one of the sponsors of the 2020 Olympic and Paralympic Games. of plastic contaminants. And the 24.5 tons of plastic packaging used to build the podiums of the Games correspond to less than 0.004% of the 714,000 tons produced each year by Procter & Gamble.

Counselor Erdogan: A normal Greek should not quarrel with a Turk because he knows he…

Derek Black Aug 4, 2021 0
Final approval of the vaccine Pfizer/BioNTech for COVID-19 is expected to be given in September by the American…

“Black” anniversary in Lebanon – One year since the…

Aug 4, 2021
With anger and unspeakable pain, the Lebanese today celebrate the first anniversary of the murder explosion in the…

Aug 4, 2021
The Iran reportedly used one or more unmanned aerial vehicles to carry out a deadly attack on a tanker last week…

Aug 4, 2021
Members of the Cyprus Fire Service as well as members of the Civil Defense with fire trucks are leaving today for…
Prev Next 1 of 4,241
More Stories