There are more than 70 of them … Selected 7 films based on Stephen King, which are no worse than books

Stephen King’s writing is approaching 300, making him one of the most prolific authors in history. And although the author is called the “King of Horrors”, his portfolio contains enough thrillers, dramatic and science fiction novels and short stories. More than 70 of King’s works have been filmed in the form of films or TV series. Of course, not all of them turned out to be of high quality. However, some films came out so good that they make you wonder: “Is a book always better than a movie?”

The psychological thriller Misery is one of the most unusual novels for Stephen King. Almost all the action in it takes place in one room, but the killer maniac from this book is almost the most “productive” among all the monsters of the writer. And although in the film adaptation of the novel, filmed in 1990, many of the eerie moments were smoothed out (for example, the episode of “manipulation” over the hero’s legs takes place behind the scenes), it still scares, even despite the “home” setting. The main roles in the film were played by James Caan and Katie Bates. The actress won the Oscar and Golden Globe awards for her work.

Writer Paul Sheldon, who wrote a series of love stories about a woman named Misery Chastain, is involved in a car accident during a fierce blizzard. He is rescued by ex-nurse Annie Wilkes. She takes him to her home and provides first aid: fixing fractures and giving him pain relievers. It turns out that Wilkes is a devoted fan of Sheldon. In gratitude for the salvation, he gives Annie to read an unpublished manuscript in which the main character dies. The girl takes the writer hostage and threatens him with death if he does not correct the ending as soon as possible. To survive, Sheldon will have to write the best book of his life. 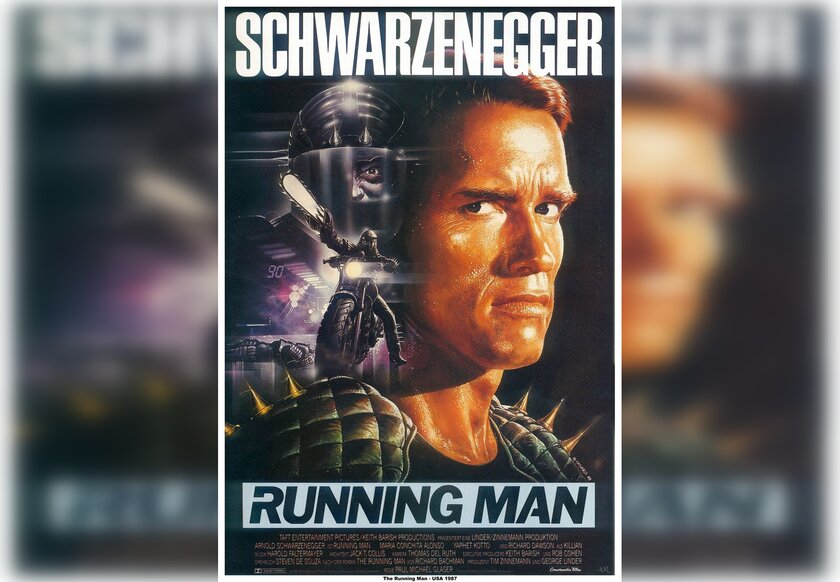 The Running Man is one of those novels that inspired Susan Collins and James Dashner, authors of The Hunger Games and The Maze Runner. At the center of the story is a reality television show, where participants are hunted live. Moreover, in the film of the same name with Arnold Schwarzenegger, the scene was transferred from all over America into a kind of labyrinth. Also, for the sake of greater entertainment and the shift of the genre from a dystopian thriller towards an action movie, many elements of the novel’s plot were cut out in the film adaptation. Interestingly, the film received a lukewarm reception when it came out due to the high number of violent scenes, which looks ridiculous now that audiences are clamoring for more 18+ rated films.

After a devastating earthquake and the ensuing economic crisis, a totalitarian government comes to power in the United States. The violent morality leads to the fact that the most popular television programs have become violent and bloody television shows. One of these is The Running Man, where criminals are given a chance to get free. But for this they must survive the meeting with the hunter-killers. Naturally, the state uses this show to eliminate unwanted ones. For example, police officer Ben Richards, who refused to shoot an unarmed crowd of hungry people, becomes one of the participants in the next issue of “The Running Man”. 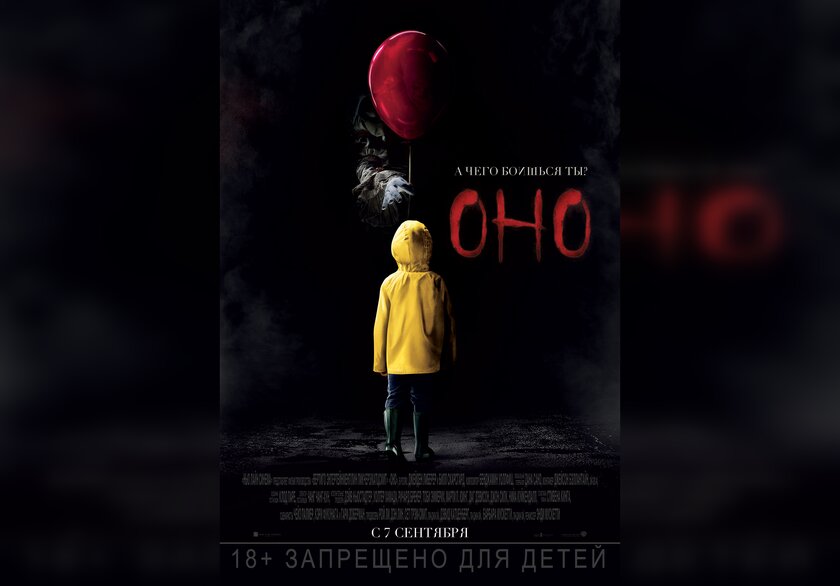 Transferring 1,138 pages of text to screens is a difficult task. In 1990, Tommy Lee Wallace came close enough to making it successful with the three-hour TV movie It. And although critics considered the film adaptation too long, and it had to be broadcast in parts, this did not prevent it from receiving the highest ratings among Sunday programs during the premiere. Andres Muschetti immediately decided to divide his film adaptation of the novel into two parts. As a result, the total timing of “It” in 2017 and “It 2” in 2019 is five hours. True, if the first part was praised by both critics and viewers, and it really is worth watching for everyone because of the atmosphere and correctly selected elements of horror, then the second was considered secondary. Many themes are repeated, many twists and turns are already known. In general, a parallel narrative would be more appropriate.

In the fictional town of Derry, Maine, terrible events occur every 27 years. A mysterious monster that can take any form, kills children one by one. So, on a rainy morning in October 1988, Bill Denbrough makes a paper boat for his six-year-old brother Georgie. The ship floats through the drains until it enters the sewer. The boy, trying to get the toy, runs into the clown Pennywise. The monster drags the child down the drain right in front of the older brother. The monster starts hunting again. The problem is that the adult residents of Derry, accustomed to all forms of social discrimination, cannot see this monster.

Opera has released a beta version of the crypto browser for… 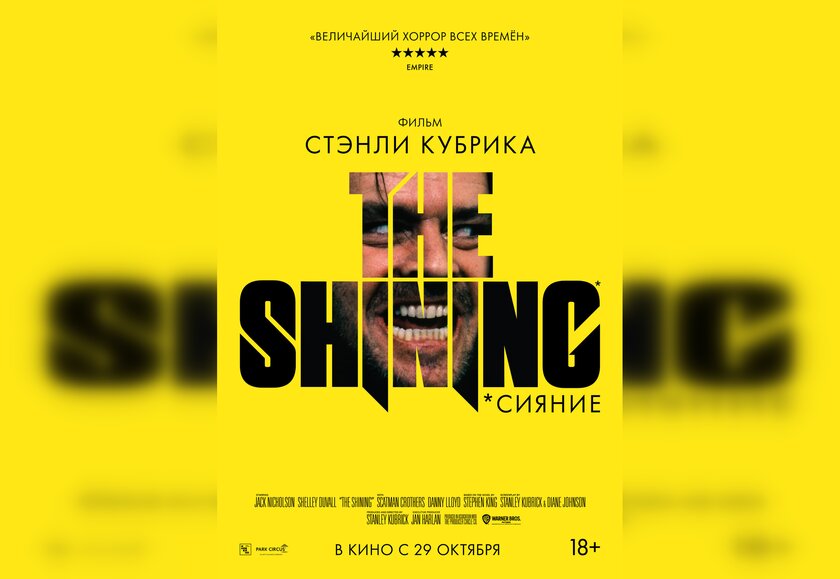 In 1980, King’s novel The Shining was filmed by Stanley Kubrick himself. It is not surprising that the picture is still considered the standard of psychological thriller and one of the best mystical and psychological horrors in the history of cinema. Surprisingly, the author of the book did not like the film because of the large discrepancies with the original, and the director and actress were nominated for the Golden Raspberry anti-award for this work. And only over time, the tape acquired a cult status. And almost forty years later, in 2019, King himself will produce the film “Doctor Sleep” with Ewan McGregor, which is based mostly on the events of the film version of “The Shining” rather than on his own works of the same name.

For a long time, writer Jack Torrance has been unable to come up with a new story. He can cope with alcohol addiction, but not with work. Then Jack decides that he needs a change of scenery in order to clear his head and find ideas for a new book. He takes a job as a security guard at the Overlook Mountain Hotel, which is closed for the winter season. Away from civilization in a huge building, only Jack, his wife Wendy and their five-year-old son Danny, who are visited by strange visions, remain. The head of the family sees only positive sides in this trip, but something terrible really lives within the walls of the Overlook. And it starts to drive Jack crazy. 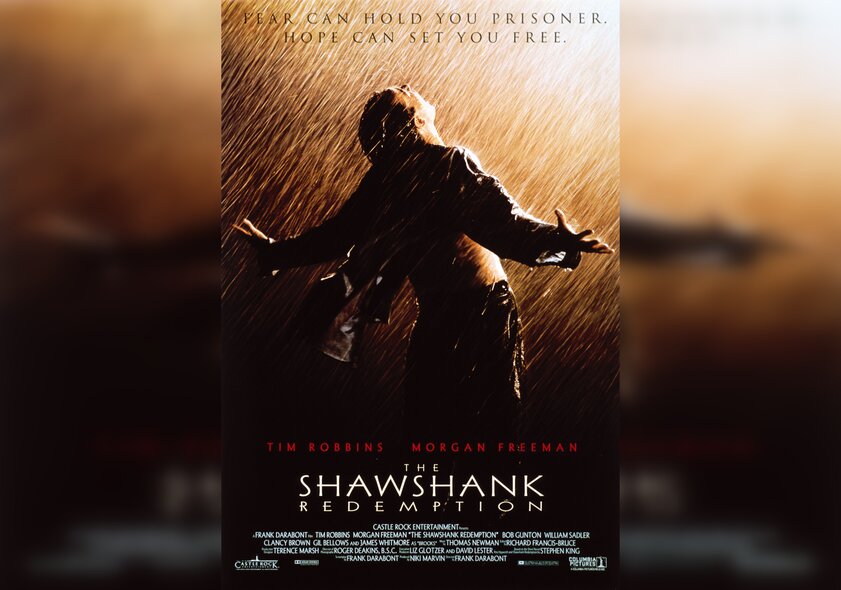 In 1994, Frank Darabont decided to film Stephen King’s 120-page novel Rita Hayworth and the Shawshank Rescue, which is ten times smaller than It. He did an excellent job with both the script and the direction. The leading actors, Tim Robbins and Morgan Freeman, did an excellent job. As a result, “The Shawshank Redemption” received seven Oscar nominations. And over time, the recognition of the film only increased. This led to the fact that the tape for decades did not leave the first lines of ratings “250 best films” according to versions of IMDb and Kinopoisk. Interestingly, in 2009, Rita Hayworth and the Shawshank Rescue also received a theatrical adaptation.

The vice-president of the bank, Andy Dufrein, was unjustly found guilty of the murder of his wife and her lover. So, an honest and decent citizen instantly becomes a dangerous criminal and goes to one of the darkest prisons – Shawshank. There, he will meet with a local gang of rapists, gain the respect of the prison staff, and at the same time maintain his sanity in order to make one of the most legendary escapes in history decades later. A geological hammer and a large poster with the image of the actress Rita Hayworth, which a prisoner named Red could get for Dufrein, will help him in this. 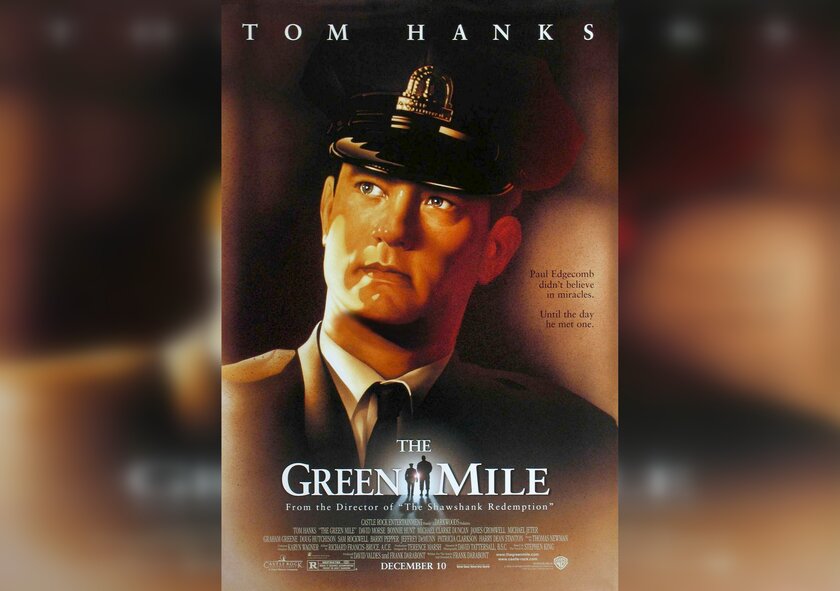 Five years after The Shawshank Redemption, Frank Darabont filmed another Stephen King’s prison-themed story – The Green Mile. The main role was played by Tom Hanks and is arguably one of his best films. But it’s interesting that he could have played Andy Dufrein in The Shawshank Redemption if he hadn’t been busy filming Forrest Gump. The Green Mile also stars David Morse, Michael Clarke Duncan, James Cromwell, Sam Rockwell and others. At the moment, “The Green Mile” tops the list of “250 best films” according to the visitors of the Kinopoisk website. Two of the best films in history are prison-themed films based on two works by Stephen King. Incredible, right?

The action of the film takes place in the “E” prison block, which contains those sentenced to death in the electric chair – the most notorious criminals: maniacs, rapists, murderers. Paul Edgecomb and his team of overseers keep order and do their job well. He saw many prisoners and guards during his work. One day, John Coffey goes to jail, accused of murdering two children, who claims to be innocent. He shows kindness, compassion, and has demonstrated supernatural abilities more than once. Edgecomb wonders that such a gift could not have been received by a cruel killer. 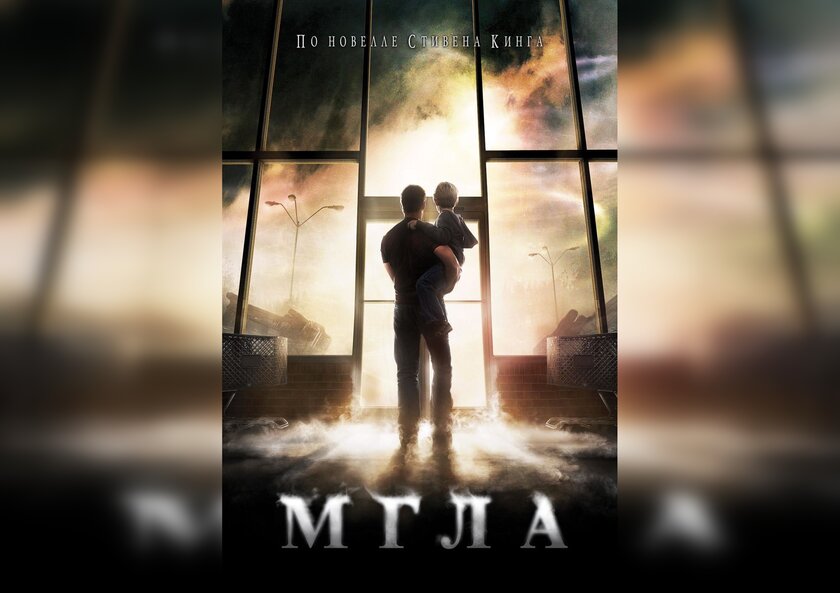 As it has already become clear, director Frank Darabont is known as the creator of the best film adaptations of Stephen King’s books, primarily thanks to the films The Shawshank Redemption and The Green Mile. And many often overlook that in his career there is another excellent picture based on the work of the “King of Horrors”. It’s about the 2007 film “Mist” with Thomas Jane in the title role. It raises many interesting topics – the feelings and behavior of trapped people, religion, conspiracy theories, and so on. But the main hallmark of the film “Mist” is an incredibly emotional ending, which differs from the original and King liked even more than his own.

In the story, David Drayton and his wife Stephanie assess the damage to their home after a violent storm. In the distance, they notice a thick fog. David and his son Billy go to the supermarket to buy supplies for the renovation. At this moment, the city is covered with fog. Screams are heard from the street. It turns out that in the fog people are attacked by monsters. David, Billy, other customers and supermarket employees were trapped in the building. Naturally, the monsters will not wait for people to come out to them themselves, but will try to take the store by storm.

Chiara Bersani and Virna Toppi, the voice of the body

Everyone should have such a home server. Overview Synology DS220+

Clarence Jan 19, 2022 0
Released last week, the newest film in the franchise "Panic" (“Scream”) is proof that horror can be a good…

UK Prime Minister has leadership contested by members of his party

Jan 19, 2022
British Prime Minister Boris Johnson struggles to retain his post on Wednesday amid an uprising by lawmakers…

Jan 19, 2022
A large proportion of Britons are infuriated by reports of drunken nights in the gardens during the summer and…

Harry Styles will return to Brazil for shows in São Paulo, Rio de…

“I will bring options with the best of technology and…

China bought the rights to a remake of Kholop, the…