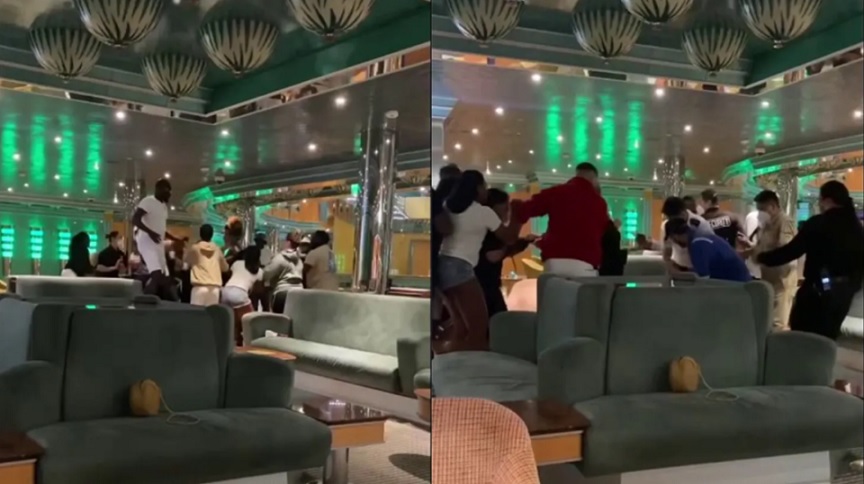 A huge one fight broke out with up to 60 people on the dance floor of nightclub one cruise ship which was just outside its port New York.

The Carnival Magic cruise ship was approaching the “Big Apple” as it completed an 8-day cruise in Caribbean last Tuesday (6/26) when two people started fighting on the dance floor of the nightclub housed inside a huge ship. Eyewitnesses to the incident who took video claim that it all started over a possible infidelity and passenger participation in “love triangle”.

Teresa James, a travel agent aboard the cruise ship, said the fight began in the early hours of the morning on the ship’s fifth floor, where the nightclub and casino are located.

What followed was the… bad doom with 60 people punching each other and lasted for about an hour, with the fighting spreading to other decks of the cruise ship. Ship security intervened and managed to calm spirits. However, glasses and glasses were broken from the fight and some of the passengers were cut.

The boat’s managers, however, seeing the extent of the fight, called the coast guard, which escorted the cruise ship to the port. Now, the NYPD is investigating to find out exactly what happened and what sparked the fight. It is still not clear if any arrests have been made or if local authorities do not have jurisdiction to proceed with them since the fight took place in international waters.