TRAINOSE: On the maiden route of the new ETR 470 trains

Jump to the Arabian Peninsula for Coffee Berry

Yesterday was a special day for the Greek railway. The (Italian) TRAINOSE launched the first commercial routes of the ETR 470 trains from Athens to Thessaloniki and vice versa.

The first answers were given yesterday. The white train ETR 470 of 9 wagons started yesterday morning its first trip to Thessaloniki, with “host” the CEO of TRAINOSE Maurizio Capotorto, who – among others – received the General Secretary of Transport Ioannis Xefataras and Proefonos Xifataras OSE Advisor Spyros Patera.

The three exchanged wishes for the new trains, stressing that they are a “step forward” in the context of strengthening the competitiveness of the railway.

On the platform of S.S. Many Italians, as well as Greeks, high-ranking TRAINOSE executives were in Athens, who boarded the train, expressing their optimism for the response that the new trains will have from the passenger public. 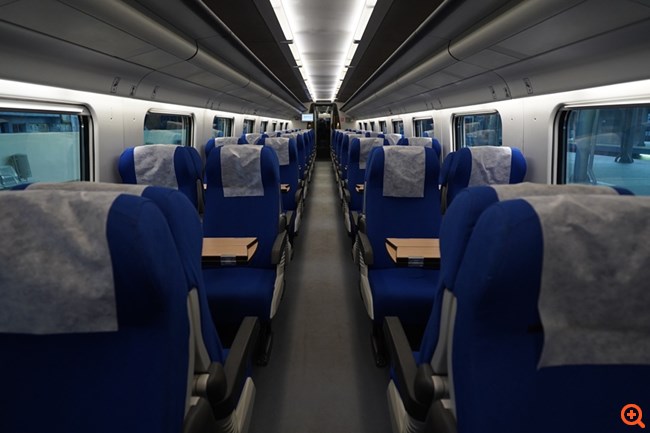 The main features of the new trains

The ETR 470 trains have nine carriages, one of which is a restaurant and bar, three first class carriages and five economy class carriages. Each train can carry up to 475 passengers.

At least at the moment, they make only 1 stopover in Larissa. In fact, inside the wagons there are screens that give information about the route, such as speed and arrival time.

Apart from the differences in appearance, they show a big difference, mainly, in the A ‘position. The A ‘position has a different configuration in relation to the Intercity (there are no 6-position cabins), but also in the B’ position there is an improvement.

Also, a positive impression is caused by the automatic and noiseless opening of the doors between the wagons, while in the negative ones, the non-provision of internet connection.

For trips that will take place until June 3, a 20% discount applies to the final ticket prices.

Itineraries take almost 4 hours, like Intercity. Reduction will occur with the completion of the signaling systems – remote control and the minimization of sluggishness (yesterday between Athens – Thessaloniki the sluggishness was almost 25), so it seems possible to conduct the route in up to 3.5 hours. 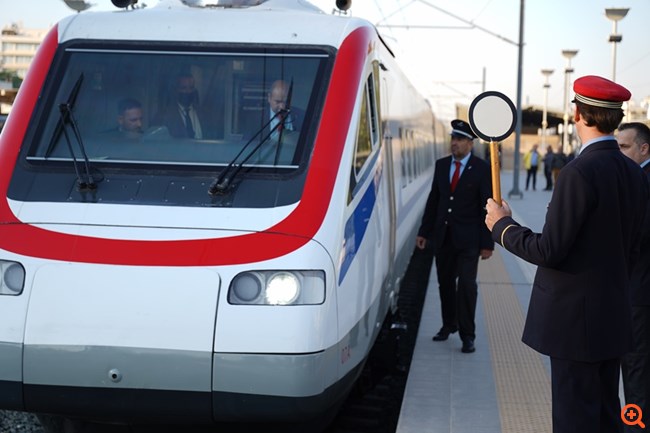 ETR trains are the most important investment move, at least for the time being, of the FS Italians in Greece and the one that will be the big crash test with the passenger public.

TRAINOSE spent about 47.5 million euros for the reconstruction of the five ETR 470 trains. The fact that the Italians of FS preferred to launch in Greece reconstructed trains and not new ones has caused skepticism in several executives of the railway market.

The Greek authorities, ie RAS, certified the trains after almost a year and after the necessary sandblasting systems were installed.

On the other hand, other executives of the railway market claim that the arrival of ETRs is a “clear step forward”, given the great pathogens of the Greek railway network (many delays and contracts, non-completion of remote control systems), adding that “when OSE is able to deliver a better network, the Italians will launch newer trains “.

Besides, the launch of newer trains is included in the contract for the renewal of the barren railway lines for 10 + 5 years.

TRAINOSE is committed to the acquisition, in favor of the State, of at least 10 hydrogen zero-emission trains, 10 new trains for suburban lines and a complete reconstruction / upgrade of 15 Desiro.

However, the launch of ETR trains marks the new “era” of TRAINOSE, which is to be renamed, changing its logo.

Somalia: Return to the presidency after five years for Hassan Sheikh Mohamud

In the US, Three Arrows Capital fund files for bankruptcy

Milk price rises more than 20% in the last 12 months, points…