An agreement on the accession of Finland and Sweden to NATO was announced by NATO Secretary General Jens Stoltenberg at a press conference in Madrid.

“I am pleased to announce that we now have an agreement that paves the way for Finland and Sweden to join NATO,” Stoltenberg told reporters at a NATO summit in Madrid.

He said Turkey, Finland and Sweden had signed a memorandum addressing Turkey’s concerns, including concerns about arms exports and the fight against terrorism.

The three countries also agreed to “strengthen their co-operation in the fight against terrorism. As NATO allies, Finland and Sweden are committed to fully supporting Turkey in the face of threats to its national security. This includes further amendments to their national legislation, the fight against terrorism.” “In the light of the significant progress made, Turkey has agreed to support the accession of Finland and Sweden to NATO,” Stoltenberg said.

“I want to thank all parties involved for the talks. We have shown that despite our differences we can find common ground and resolve our differences,” he said. “By welcoming Finland and Sweden to the Alliance, we are strengthening their security, strengthening NATO and increasing the security of the Euro-Atlantic area. This is crucial, as we face the biggest security crisis in decades.”

He also clarified that the memorandum does not refer to specific categories of weapons systems, but agreed that there will be no arms embargo from Finland and Sweden against Turkey.

This development “sends a clear message to President Putin that the door to NATO is open. [ο Πούτιν] less NATO, now has more NATO on its borders. “It is exactly the opposite of what he demanded,” he said.

The agreement came after about four hours of talks before the start of the NATO summit in Madrid, preventing a stalemate in the summit of 30 leaders aimed at showing the Alliance’s determination towards Russia. The two Nordic countries can now advance their candidacy by launching the biggest change in the European security architecture in decades.

The Turkish presidency also announced that an agreement had been reached, saying it had secured significant steps towards the extradition of people convicted of terrorism in the Baltic states.

At the same time, it was stressed that it was agreed to establish an information sharing mechanism with the countries that will assist in the joint fight against terrorism.

In addition, the Turkish presidency said the countries had agreed to boost defense co-operation and lift restrictions.

Finnish President Niinisto said on Tuesday that Turkey had agreed to support the joint accession of Finland and Sweden to NATO, on the first day of the alliance summit in the Spanish capital, Madrid. Niinisto said the important decision came after the three countries signed a joint memorandum “to extend their full support against each other’s threats to each other’s security”.

Swedish Prime Minister Magdalena Anderson today hailed a “significant step” following the announcement of Turkey’s agreement on Sweden and Finland joining NATO, saying it would strengthen the alliance. “Commitment to full NATO membership is certainly important for Sweden and Finland, but it is also a very important step for NATO, as our two countries will be security providers within NATO,” Anderson said in an interview with granted to the French Agency.

See the memorandum signed by Sweden, Finland and Turkey 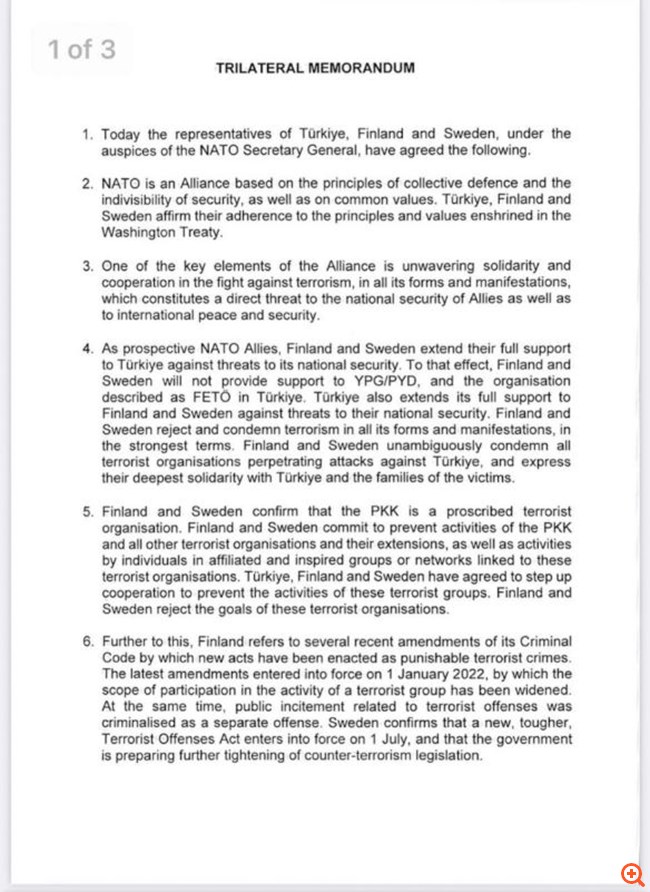 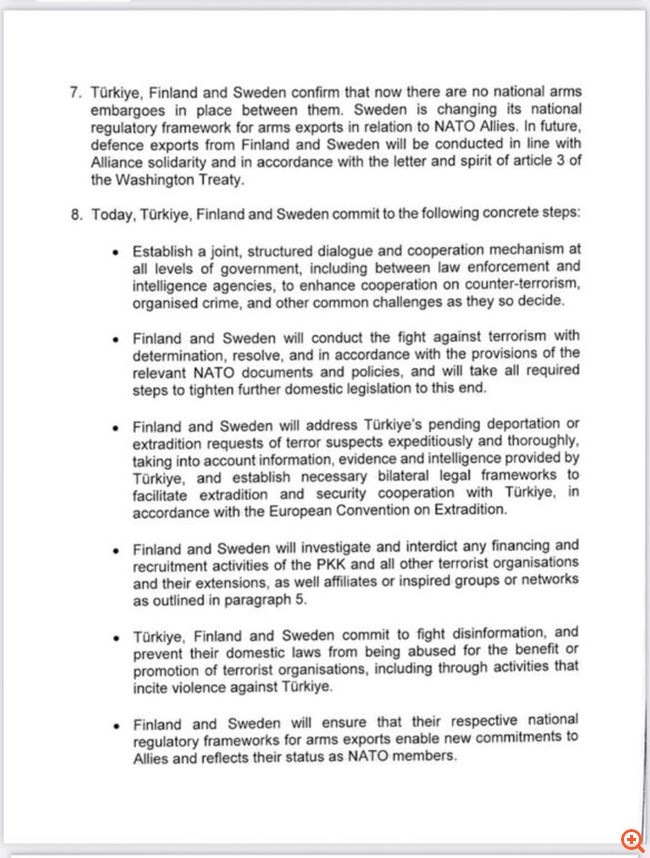 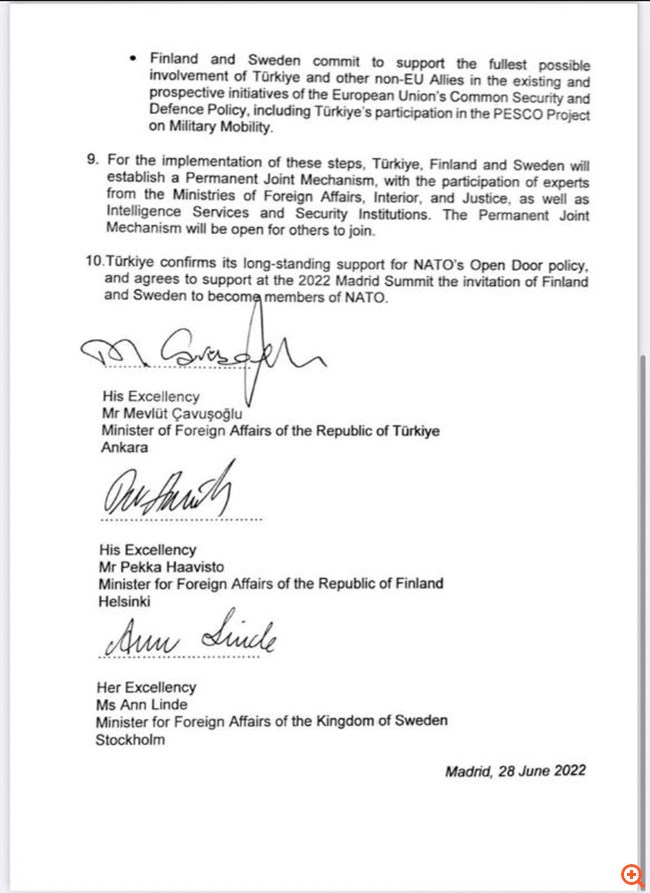 Brazil’s inflation is lower than that of developed countries, including Europeans; understand