UK MP Christopher Pincher resigns from government for ‘drinking too much’ 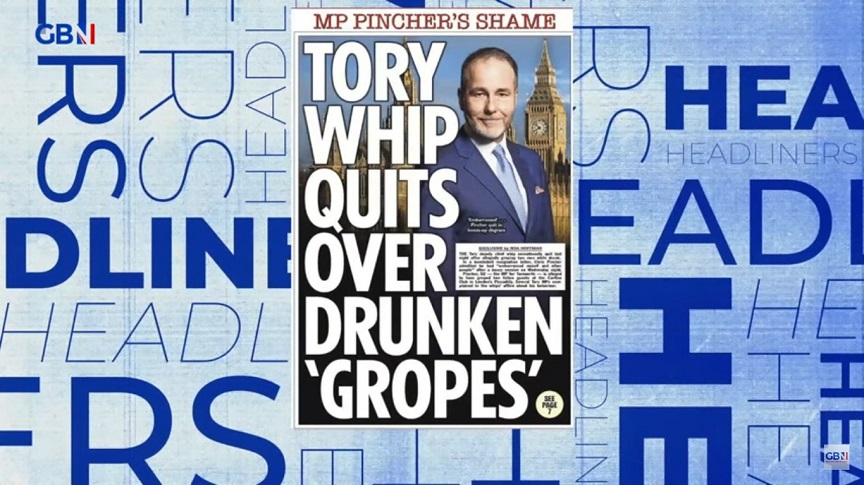 A British Member of Parliament resigned on Thursday (30/6) from his government Boris Johnson because he “drank too much”, according to the British media, which speaks of another scandal for the prime minister.

Christopher Pincher, who was deputy in charge of party discipline, writes in the letter resignation that he still supports Johnson but was forced to resign after an “incident” on Wednesday, without elaborating on what he did.

“I drank too much last night. I embarrassed myself and others, which was the last thing I wanted to do, and for that I apologize.” he says in this letter, which was broadcast by several media outlets, including the BBC and Sky News. “I believe that the right thing to do under these circumstances is to resign as deputy in charge of party discipline,” he added.

Pincher’s office did not respond to a request for comment on the developments. Downing Street also declined to comment.

Pincher added in his letter that although he is leaving the government he will remain a member of parliament and support Johnson from the backbenches.

Witnesses told the BBC he was seen “extremely drunk” at the Carlton Clubthe Conservative Party members’ club in London on Wednesday night.

The Sun newspaper first reported the resignation, saying he was drinking at the Carlton Club when he is said to have … disturbed two other male guests.

Labor deputy leader Angela Rayner said Boris Johnson has “serious questions to answer” about why Pincher was given the role of party discipline officer and how he can remain a Conservative MP.

“There cannot be any suggestion that the Conservatives … are sweeping a potential sexual assault under the carpet,” he said.

“The Conservative Party is so mired in filth and scandal that it is completely incapable of dealing with the challenges facing the British people,” he added.

Pincher also left that office in 2017, when he was accused of… falling for former Olympic rower and conservative activist Alex Storey.

But after a party investigation, he was cleared of any breach of its code of conduct.

Several Conservative MPs have stepped down from their posts in recent months following complaints about their behaviour.

In April, Neil Parish resigned after admitting watching pornography in parliament, describing it as a “moment of madness”.

And in November last year, Owen Patterson resigned as an MP after an investigation found he had broken lobbying rules – something he denied.

Mr Pincher was first elected MP for Tamworth in 2010 and served as a minister under former prime minister Theresa May.

He has been serving in the office of party discipline in the Johnson government since February 2022 and was previously at the Foreign Office.

MPs responsible for party discipline have a duty to try to ensure that all MPs on their side vote along the party line in Parliament.