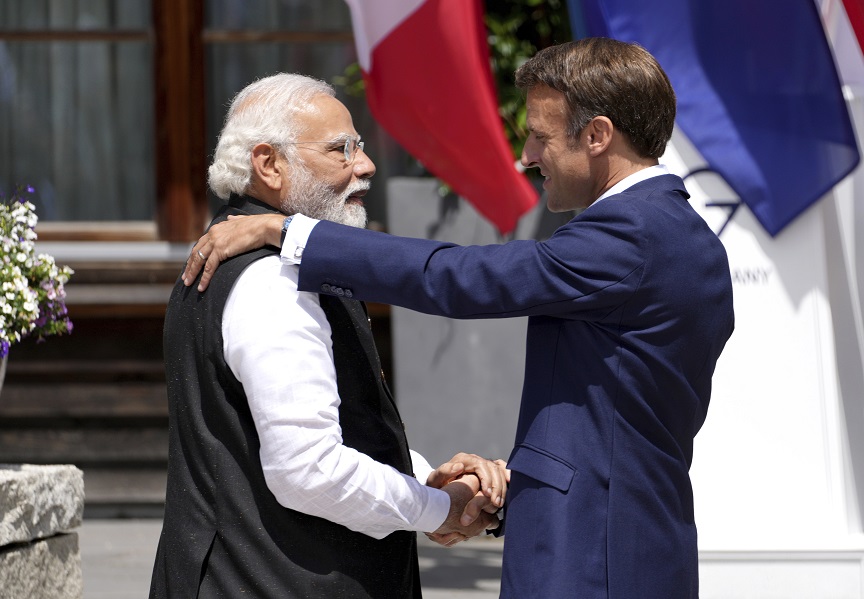 Its president of France, Emmanuel Macron and its prime minister of India, Narendra Modiagreed yesterday Tuesday (16/8) to “work together to end the conflict” in Ukrainesaid the Elysee in a press release it published.

The two leaders exchanged views over the phone “Russia’s war in Ukraine and its destabilizing consequences for the rest of the world”according to the French presidency.

Mr Macron, who hosted the Indian prime minister in Paris in May, highlighted her “France’s determination to continue its support for Ukraine”.

India has refrained from openly condemning the Russian military’s incursion into Ukrainian territory and from taking a clear position in the UN votes.

In June, however, he signed a declaration of the G7 that pledged in his favor “respecting the territorial integrity and national sovereignty of other states”.

Referring to the food crisis triggered by the war in Ukraine, the French president pointed out “the importance of the international community acting in a coordinated manner”.

The two leaders also discussed “challenges in the Indo-Pacific region and the situation in Sri Lanka”.

A Chinese scientific research ship operated by a Chinese company docked at the southern Sri Lankan port of Hambadota on Tuesday, despite concerns from India and the United States, which have expressed fears that it will engage in espionage.

India is concerned about China’s growing influence in the Indian Ocean and in debt-ridden Sri Lanka, which it considers part of its sphere of influence. Beijing has undertaken various infrastructure projects on the island in recent years.