Russia has “many weapons to respond” to what he called threats from the West, the Russian president stressed Vladimir Putin, emphasizing that he is “not bluffing” and accusing the West of engaging in nuclear blackmail against his country. All this in his speech in which he announced partial mobilization in Russia. Yesterday the nuclear threats continued from Moscow, with former Russian President Dmitry Medvedev stating that any weapons in Moscow’s arsenal, including strategic nuclear weaponscan be used to defend Ukrainian territories that will be incorporated into Russia.

Medvedev, the vice president of Russia’s Security Council, said the referendums, which are being organized by Russian-appointed administrations and separatist authorities in large Russian-held parts of Ukrainian territory, would take place and that there was “no going back.”

“The republics of Donbass (Donetsk and Luhansk) and other territories will be accepted into Russia.”

Medvedev said that the protection of all territories will be significantly strengthened by the Russian armed forces and added: “Russia has announced that not only military capabilities, but also any Russian weapons, including strategic nuclear weapons and weapons based on new principles, may be used for this protection’.

Referendums expected to be held in Russian-held parts of Ukraine’s Donetsk, Luhansk and Kherson and Zaporizhia provinces, as well as a part of Mykolayiv Oblast, starting tomorrow, Friday, September 23, are widely expected to overwhelmingly approve the their inclusion in Russia. 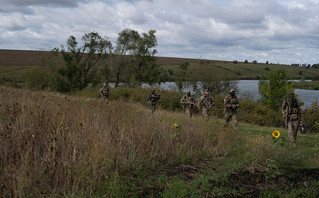 The lawyer’s investigation was based on interviews with representatives of civil society, former and current Russian officials, who are not named in the report for their protection.

Her report notes that Russian President Vladimir Putin exercises direct control over all law enforcement agencies in the country.

Several repressive laws were drafted and passed after he began his second term in 2012, according to Ms. Nisberger.

Propaganda and violence create a “climate of fear and intimidation”, she noted.

The jurist recommended that the OSCE offer support to Russian journalists, human rights defenders and lawyers who have fled the country for their safety. He even proposed that the UN Human Rights Council in Geneva name a special observer on the situation in Russia.

- Advertisement -
Share
Facebook
Twitter
Pinterest
WhatsApp
Previous articleThey had sex in the sea, people took videos and they laughed and carried on – Couple fined
Next articleThe Prime Minister of Israel spoke to the UN about his autistic daughter: Her name is Yaeli and she does not speak