Uncertainty remains in the domestic car market – 6.1% decrease in registrations in 6 months

The “concern” returned to the domestic car market, as despite the positive messages of May (+10.6%), June moved downwards (-20.1%), and the first messages of July are not optimistic either.

In the remaining categories, new trucks showed, in June 2022, an increase in registrations of 17.8%, while buses saw a decrease of 57.4%.

In the first half of the year, both categories remained in the negative, with trucks down 7.9% and buses down 42.8%.

The evolution of classifications in the Greek car market 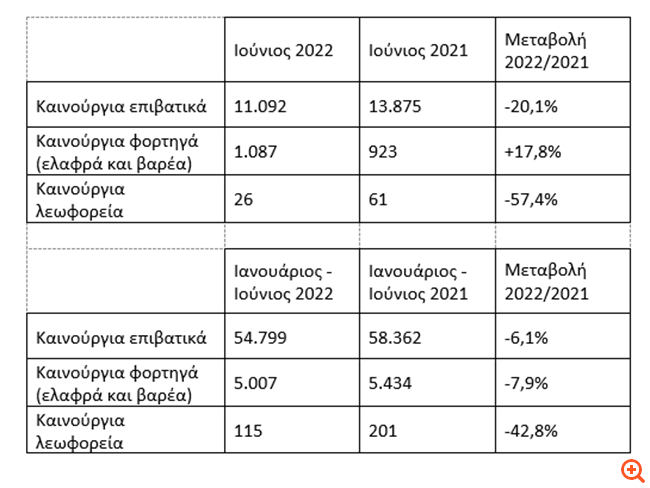 According to data from ACEA (European Automobile Manufacturers Association), the decline in passenger car registrations “touches” all of Europe for 10 consecutive months (June data is expected).

Regarding the Greek market, any forecast for the whole of this year remains uncertain, although many believe that the market will move to the levels of 2021, i.e. 100,000 registrations.

In Greece, the average vehicle delivery time ranges from 6 to 7 months, if differences are found depending on the model, company, availability, etc.

Among other things, what executives of the domestic market emphasize is that the classifications of the first months constituted, essentially, orders of the previous year.

However, inflation is also a negative development for the consumer, as the prices of both new and used vehicles have increased.

In any case, domestic market executives argue that, from 2023 onwards, there will be a “stability” in the market.