US: SUV crashes into unsuspecting people – Five dead and more than 40 injured

Five people were killed and more than 40 were injured when an SUV crashed into people attending a traditional Christmas parade in Wokesson, Wisconsin, Sunday, knocking to the ground dozens of people, including young and old. , the “Dancing Grandmothers”.

“At the moment we can confirm that five people are dead and more than 40 are injured. However, this figure is likely to change as we gather additional information,” the Wokessa Police Department, a city of about 72,000, said on its Facebook page. .

Earlier, the head of the department Dan Thompson told reporters that a person of interest has been detained and that the vehicle used is in the hands of the authorities after the incident that occurred in the city, about 32 kilometers west of Milwaukee. 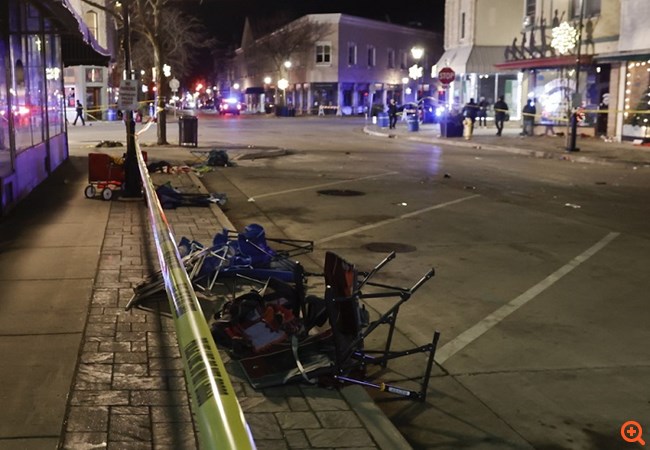 It is not known if the incident is linked to terrorism, but there is no longer a danger and the order for the citizens to stay in their homes, which was issued earlier, has been revoked, added Thomson.

A video posted on the internet shows a red SUV crashing into a parade and dragging more than 12 people before the crowd begins to run to the injured for help.

Praying for the victims of this horrific situation. pic.twitter.com/gdP3XW52YK

According to Thompson, a police officer shot the vehicle in an attempt to prevent a tragedy.

Another video posted on social media shows police firing at a vehicle falling on a roadblock.

Police do not believe there were any shots fired from inside the vehicle, contrary to previous reports, Thomson added. 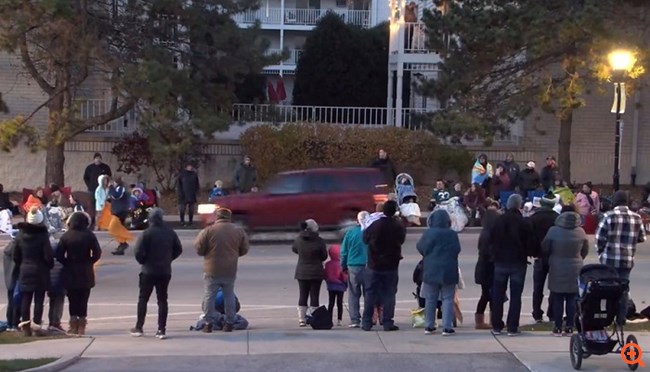 A woman told Milwaukee Fox6 television that the SUV crashed into a dance group of 9- to 15-year-old girls.

According to her, the immediate reaction was silence and followed by screams and then people running to help the injured, Fox6 reported.

The videos on social media show small groups of people around the injured girls and scattering the pompoms held by the dancers everywhere.

Another eyewitness said the driver fell on a group, the “Dancing Grandmothers”, and at least one person was thrown onto the hood of the car, according to Milwaukee’s WISN network, an ABC subsidiary.

The local CBS later posted on its Twitter page a photo that appears to be the red SUV with its hood slammed and its front mudguard hanging, parked on a road.

President Joe Biden was briefed on the incident by his associates, a White House official said.

“The White House is closely monitoring the situation in Wokessa and we sympathize with all those affected by this horrific incident. We have contacted federal and local officials to provide any assistance and support they may need.”

Photos and videos from Wokesa that were circulated on Twitter show patrol cars and ambulances crashed into a street decorated with Christmas lanterns after the incident, which occurred at 4:30 p.m.

Wisconsin Pediatric Hospital said on Twitter that it had admitted 15 patients by 8 p.m.

Schools will remain closed today and additional mental health counselors will be available for any students who may need assistance.

Samsung has won the first place in sales of smartphones in Russia from Xiaomi. Prices are projected to rise due to deficit

“Zodiac”: Investigators believe they have found the identity of the…

Derek Black Dec 5, 2021 0
CNN's dismissal was announced by CNN after "additional information" came to light during an investigation into his…

Dec 5, 2021
ABBA are back, and with them also the desire to dance. Velvet, sequins, lurex are the pillars on which to build a…

Dec 5, 2021
Do you see your belly? It's not necessarily fat, it's often just swelling. No less annoying, abdominal swelling…

Dec 5, 2021
Fashion has its time machine, the DeLorean (Back to the Future cit.) on which to travel by setting year, couturier…

How to fight depression with artificial intelligence

Dec 5, 2021
More than 4 out of 10 Italians complained of a worsening of anxious and depressive symptoms during the last year in…
Prev Next 1 of 6,536
More Stories