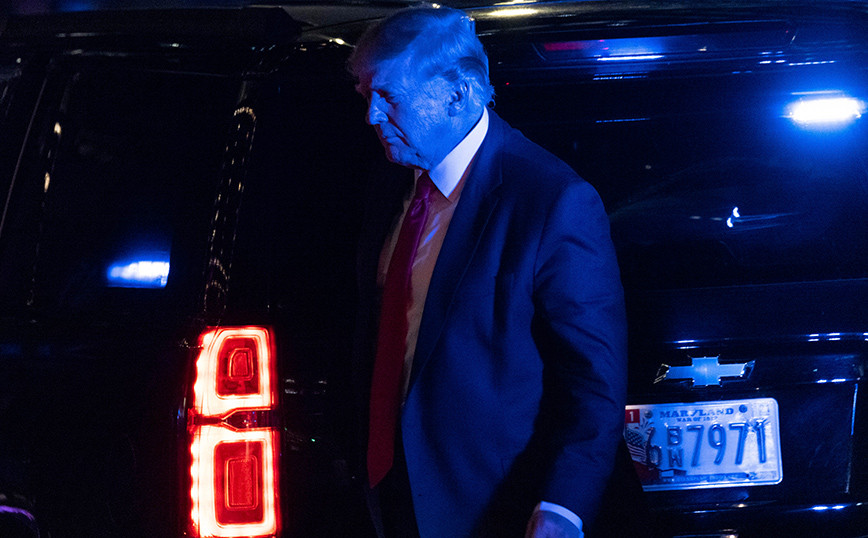 Light on deep division at USA drops his research F.B.I in his house Donald Trump as the Republican former president flirts more and more openly with the possibility of running again.

Never before had a former occupant of the White House been troubled by justice in such a way.
The question has not yet been answered what the federal police investigation was about. The boxes that Donald Trump took with him when leaving the White House in January 2021? His responsibilities for the attack of his followers in the Capitol? The financial fraud cases being investigated against the Trump Organization, his business group, in New York?

When contacted by AFP, the Federal Bureau of Investigation declined to comment.

THE Trumpwho maintains his innocence in all these cases and talk about witch hunts, he sharply denounced the investigation, at which he was not present, in a lengthy statement.

“Our nation is living in dark days” he stressed, assuring that the federal police search of his residence was “neither necessary nor appropriate”.

“No one is above the law (…) even if they were the president,” argued yesterday Tuesday, speaking to NBC, Nancy Pelosithe Democratic speaker of the House of Representatives, who, like many other barons in her faction, has been calling for years for the real estate mogul to be held accountable.

The day after the FBI “raid” at Mar-a-Lago, Republican Congressman Scott Perry announced that federal police agents had seized his cell phone, without this Trump ally knowing why.

Yesterday morning “as I was traveling with my family, three FBI agents” approached him and “grabbed my cell phone,” he told Fox News, denouncing “banana-worthy” practices.

The escalation, as reported by APE-MPE, seems to strengthen the influence of Donald Trump in the Republican faction, which rallied around the businessman — declaring him a martyr.

Shortly after the investigation was announced, a group of Trump supporters gathered outside the tempestuous tycoon’s luxury home to express their anger.

Many of its members held placards with the slogan “Biden is not my president”reminding for the umpteenth time that, a year and a half after Donald Trump’s defeat, tens of millions of Americans remain convinced that the outcome of the November 2020 presidential election was the result of a “stolen”.

On social networking sites, some Trump supporters yesterday called for a “divorce” from the government of a country where the divide is now so vast that it seems impossible to bridge.

“This is happening in a country at civil war,” raged Marjorie Taylor Green, a congresswoman representing Georgia, known for her verbal extremes, demanding, among other things, that the FBI be disbanded. “The political persecution must stop,” he added, capitalizing the last three words and adding three exclamation marks.

Republicans may regain control of Congress in November’s congressional elections, which are said to be extremely dangerous for Joe Biden’s faction.

Denouncing the “intolerable political instrumentalization” of the Justice Department, the head of the House GOP caucus, Rep. Kevin McCarthypromised an investigation into his operation if Republicans regain power.
White House spokeswoman Karin Jean-Pierre denied yesterday that President Biden was informed in advance of the search of the home of his former (and possibly future) presidential opponent.

“President Biden has been very clear, before he was elected and after he took office, that the Justice Department conducts its investigations in an independent manner. He believes in the rule of law,” he said.

Donald Trump, who could announce his candidacy for another term at any moment, took the opportunity to make a fresh appeal to the generosity of his followers.

“It’s not just my home that’s under attack — it’s the home of every patriotic American I’m fighting for,” he said in an email to supporters, asking for donations of $5 to $5,000 to wage the fight against “hunting of witches”.