USA: Protests in Ohio after the death of an African-American man who was shot by police 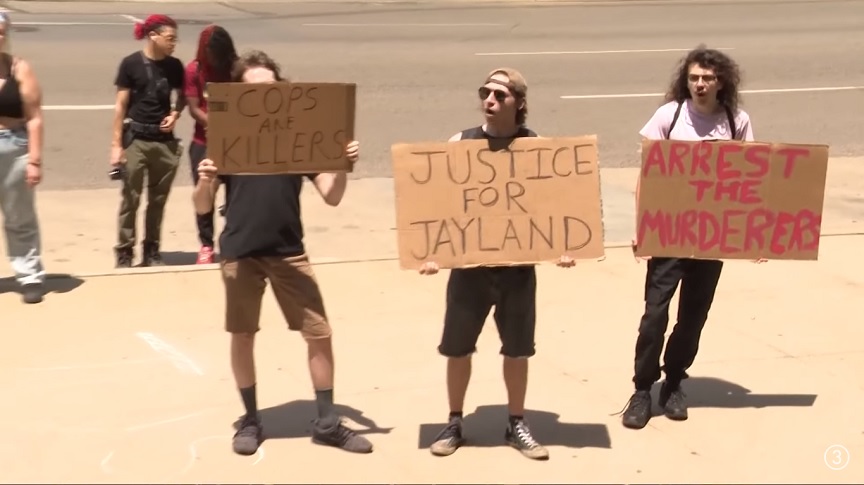 Angry protesters they took to the streets of Akron, near his Cleveland Ohio at USAprotesting about him death of a young African-American man who was shot dozens of times by policemen during a pursuit.

THE Jayland Walker, 25, was killed while trying to escape on foot. His car had been chased before, when the police tried to arrest him for violating the traffic code.

In their statement, police say the driver fired at officers during the pursuit. “The suspect’s actions led the officers to perceive him as a threat” and they “fired their weapons, killing the suspect” who was running away.

According to the police, a gun was found inside the 25-year-old’s abandoned car.

The police officers involved in the case have been placed on administrative leave pending the conclusion of the judicial investigation. An internal investigation has also been launched and police plan to release body-worn body camera footage in the coming days.

Police have not released any other details about the exchange of fire, but local media reported that eight officers fired more than 90 rounds at Jayland Walker. “They hit him 60 times,” Black Lives Matter tweeted.

Jayland Walker’s family has demanded an explanation from authorities and appealed for peaceful protests outside Akron’s city hall and police headquarters. This city became famous mainly because it is the birthplace of NBA star Lebron James.

“He wasn’t a monster, he wasn’t someone who committed crimes,” said the family’s attorney, Bobby DiCello, while his aunt, Lajuana Walker-Dawkins, said Jayland was “a kind young man” who “never caused any trouble.”

The municipality decided to cancel a festival it was due to hold at the weekend, ahead of the national holiday of July 4, on the grounds that “now is not the time for celebrations”.