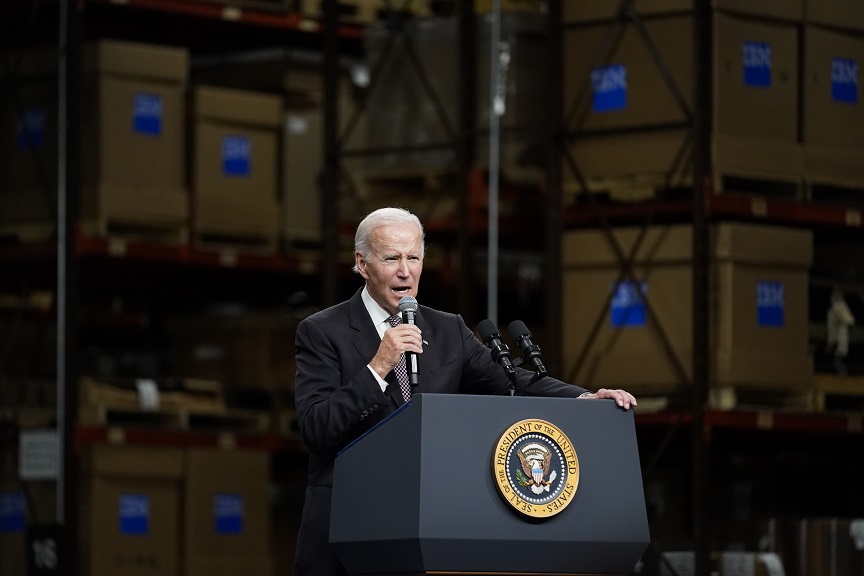 THE American chairman Joe Biden ruled yesterday Thursday (6/10) that her threats of Russia about use nuclear weapons in armed conflict in Ukraine they raise the risk of “apocalypse” for the world, for the first time since the Cuban missile crisis, in the middle of the cold war.

“We haven’t been faced with the prospect of disclosure since the days of (former US President John) Kennedy and the Cuban Missile Crisis.”, in 1962, Mr. Biden said during a midterm fund-raiser in New York. He also warned that his Russian counterpart, Vladimir Putin, “no kidding” when making such threats.

For its part, the Kremlin condemned today (7/10) the installation of the president of Ukraine Volodymyr Zelensky for “preemptive strikes” at the expense of Russia, in order to exclude the possibility of the use of nuclear weapons by Moscow, reports the Reuters agency citing RIA Novosti.

“Such statements are nothing more than a call for another world war to break out with unforeseeable, monstrous consequences”the Kremlin spokesman said Dmitry Peskov.

During a discussion organized by the Australian Lowy Institute, the president of Ukraine argued that the strikes are necessary to rule out the possible use of nuclear weapons. He did not specify what kind of blows he was referring to.

“What should NATO do? To make it impossible for Russia to use nuclear weapons,” Zelensky said in a video posted online. “What is important, I once again appeal to the international community … pre-emptive strikes so that (the Russians) know what will happen to them if they use them (nuclear weapons).”he added.

The representative of the Ukrainian presidency, Serhii Nikiforov, hastened to clarify that Zelensky’s statements were misinterpreted. In particular, he said that “the president was talking about the period before February 24 (the date of the start of the Russian invasion). At that time, preventive measures were needed to prevent Russian invasion. I remind you that the only measures discussed then were preventive sanctions,” Nikoforov said.

Meanwhile, France plans to send more CAESAr cannons to Ukrainewhich has been trying to push the Russian army out of its territory for the past seven months, the president announced yesterday Thursday (6/10) Emmanuel Macron.

“We are working on various requests, together with member states of the European Union, especially for additional CAESAr”the head of state said during the press conference after the end of the first session of the European Political Community in Prague.

Since the armed conflict broke out, France has supplied Ukraine with 18 such truck-mounted 155mm self-propelled guns with an effective range of 40km, as well as anti-tank and anti-aircraft missiles, armored fighting vehicles (AVMs), fuel, individual weapons and some fifteen mobile 155 mm TRF1 guns, semi-automatic.

The 27 “they will discuss about these issues, about certain mechanisms” today at the informal Summit in Prague, the French president said and added that he will come back with more details after its work is completed.

“We will continue to support Ukraine, from an economic, humanitarian and military point of view,” assured the French president.

“This aid will include equipment and training,” as has already been happening “for months,” he added.

“We will continue to proceed on the basis of the requests submitted” and will “coordinate closely with members of the European Union and non-members”, he added, referring mainly to Britain and the US.