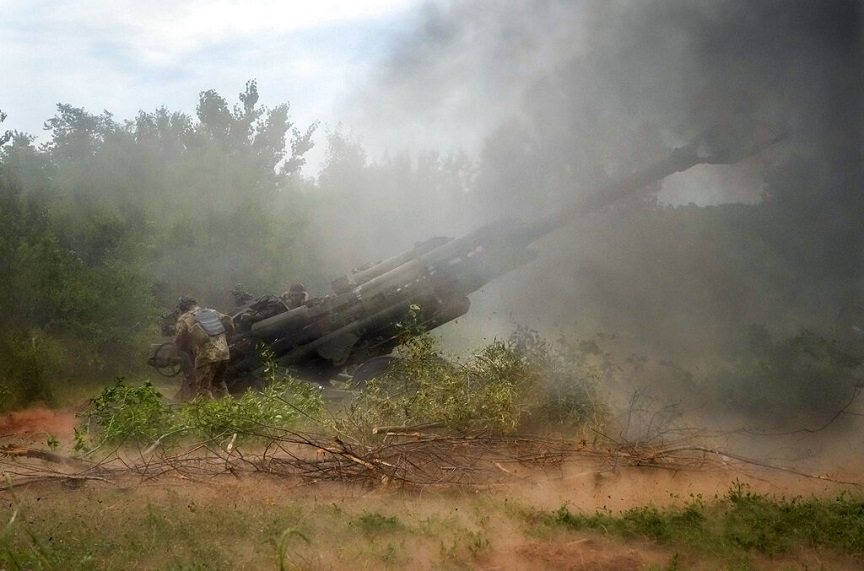 Russian forces reached the city limits Lisichanskin the periphery Luhansk of the east Of Ukrainehowever, were repelled by Ukrainian troopsreported yesterday Thursday (23/6) the General Staff in Kyiv.

“Our troops stopped the (Russian) attack on the southern suburbs of Lisichansk, inflicted casualties on the enemy and forced him to retreat,” the Ukrainian generals said, adding that Russian forces were mobilizing reserves to continue the offensive. .

A Russian attack near the Borivske community east of the Donetsk River was also repulsed, according to the Ukrainian General Staff. It is the river that separates Lisichansk from the twin city of Sheverodonetsk.

The loss of the two cities would be a heavy blow to the Ukrainian side in the hostilities in the eastern part of the country. As the war turns four months old today, Moscow is slowly but steadily advancing into the region.

Earlier yesterday, the Ukrainian General Staff acknowledged that its forces were surrounded in the villages of Zolote and Hirske, south of Lisichansk.

In the direction of Severodonetsk, “the enemy captured the communities of Loskutivka and Rai-Oleksandrivka,” he said via Facebook.

The Ukrainian units have a 4 km wide tunnel to withdraw from the miners’ camp in Zolote. Some units were withdrawn “possibly to avoid a siege,” the Pentagon said via Twitter.

According to pro-Russian separatists, the village is already controlled by Russian troops.

According to Radion Mirosnik, a spokesman for the pro-Russian separatists in Moscow, Russian forces have already cut off the last road from Lisichansk to the west and at least 5,000 Ukrainian soldiers are now surrounded.

Fierce fighting is raging south of Severodonetsk, which has been largely occupied by the Russians.

According to the British Ministry of Defense, the advance of the Russian forces is attributed to “the recent strengthening of their units” and the “concentration of fire”.

It is “very likely” that they advanced more than 5 kilometers to the southern suburbs of Lisichansk, he added.

Always in London, despite pressure from Russian troops in the area around Severodonetsk and Lisichansk, attempts to encircle Ukrainian forces and occupy the western part of the Danieck region “remain stalled”.

“There are contradictions”, says the rapporteur of the case involving Gabriel Monteiro