War in Ukraine: The dramatic conversation between Zelensky and Macron in the first hours of the invasion – Watch the video 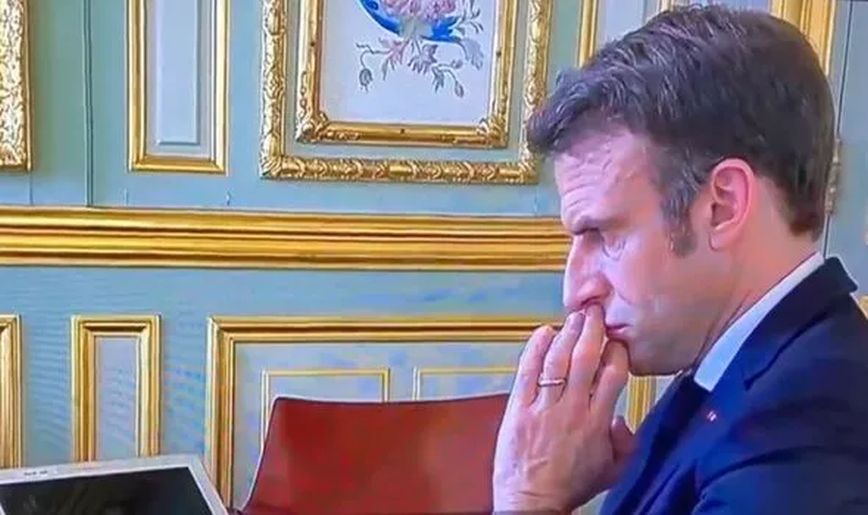 A dramatic phone call between the president of Ukraine, Volodymyr Zelensky, and the president of France, Emmanuel Macron, sees the light of day. It happened in her early hours of Russia’s invasion of Ukraine on February 24, with the war continuing to this day with devastating consequences.

“So they sent special forces all over Kyiv?” Macron asks in the excerpt from the documentary “Un Président, l’europe et la guerre” (The President, Europe and War) broadcast on June 30 on French television.

“Everywhere in Kyiv, in Odessa, from Belarus. We are fighting everywhere in our country. We couldn’t have imagined this, it’s not like 2014. It’s a much bigger invasion,” replies Zelensky, with Macron commenting: “We’re talking about total war.”

“I think Emmanuel it’s important to talk to Putin and it’s important to make an alliance against the war. We are sure that the European leaders and Biden can unite, call him and tell him (said to Putin) “Stop”. And he will stop. He will listen to you”, he continues Volodymyr Zelensky.

- Advertisement -
Share
Facebook
Twitter
Pinterest
WhatsApp
Previous article
Attempted murder of Christina Kirchner: They attribute “premeditation” and “pre-consultation” to the perpetrator and his partner
Next article
A teacher was arrested for having sex with a student, she was put under house arrest but she didn’t mind