War in Ukraine: Ukrainian forces ordered to withdraw from Sheverodonetsk 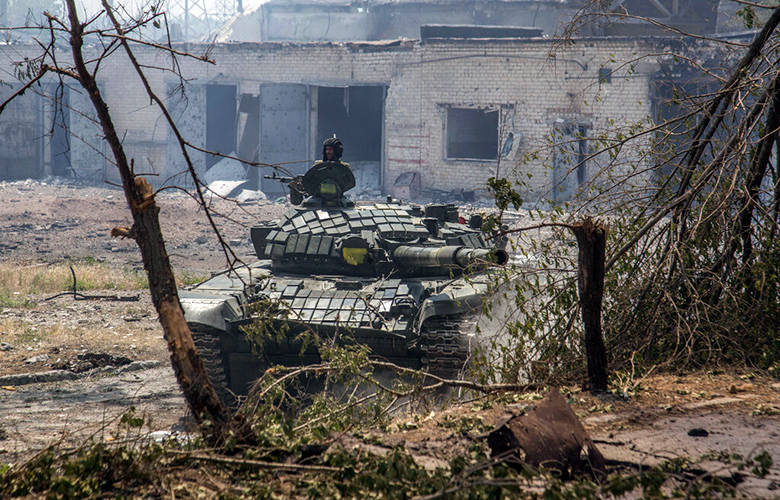 Sonny Barger: The founder of the Hells Angels has died…

Ukrainian forces “should leave” Sheverodonetsk, a city in the east Ukraine most of which are controlled by Russianssaid today the governor of the province.

Some of the toughest battles after the Russian invasion of Ukraine have been noted in Severonetskwhere street fights have been raging for a monthwith Russia slowly but steadily gaining ground.

«Staying in places that have been constantly bombarded for months just to stay there does not make senseSaid governor of the province Luhansk, Serhi Haidai, speaking on television network. He did not specify whether the Ukrainian troops would leave immediately or the timetable for their withdrawal from Severodonetsk. «The Ukrainian armed forces must withdraw from Sheverodonetsk. They have received the relevant orderHe wrote in the Telegram.

According to Haidai, Sheverodonetsk “almost turned into ruins” due to the constant bombing. “All the basic infrastructure has been destroyed. “90% of the city has been damaged, 80% of the houses will have to be demolished,” he added.

According to the APE-MPE, The battle for this city is crucial as Russia wants to occupy it in order to control the rest of Luhansk Oblast.. If Sheverodonetsk falls, only Lisichansk will remain in the hands of the Ukrainians.

The Luhansk region, along with Donetsk, is the Donbas valley that Russia and pro-Russian separatist insurgents in eastern Ukraine want to occupy. “In many ways the fate of Donbass is decided there,” the Ukrainian president said recently. Volodymyr Zelenskreferring to Sheverondonetsk.

Ecuador: Demonstrations and episodes on the 11th day of the mobilizations

Turkish media: The base in Crete, the Eurofighter fighters and ‘Mitsotakis’s mess’

Historic decision in the US: The first black female Supreme Court justice was sworn…

“I gave Putin a message from Zelensky,” says the Indonesian president

Terry Jun 30, 2022 0
The United States Department of Justice reported the arrest of Homero Zamorano Jr., 45, who would be related to the…

Macron: Compromise of Northern Macedonia and Bulgaria for accession to…

Jun 30, 2022
THE Emanuel Macron after the end of the NATO summit in Madrid, he stated that according to him, the disagreements…
Prev Next 1 of 15,358
More Stories

Buckingham Palace does not reveal outcome of report on…

Czech presidency with ambitions in the EU

Εμ. Macron: I am convinced that a compromise was reached in…