This September 29, National Records of Scotland made public the death certificate of Queen Elizabeth II, who died on September 8 at the Scottish residence of the royal family, Balmoral Castle.

The act was released after the British press accused National Records of preventing access to the certificate in recent days, hindering its journalistic work. 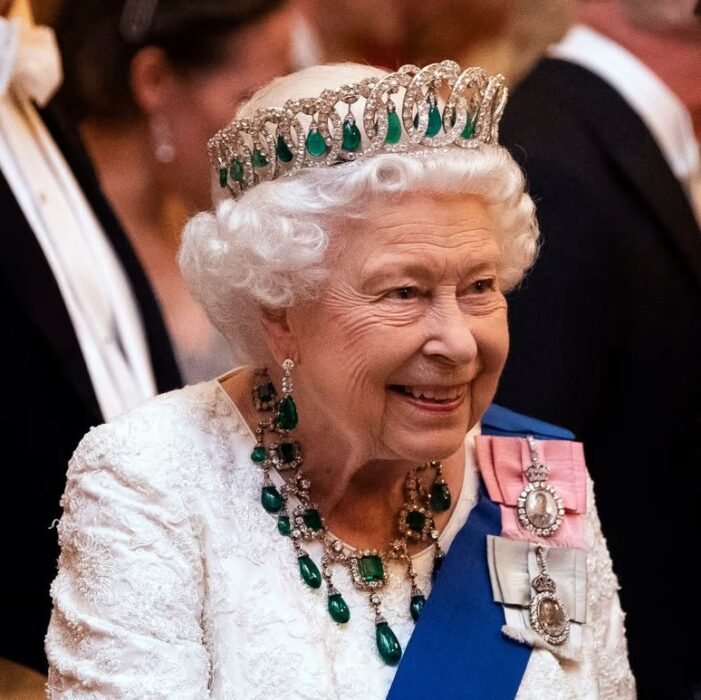 According to the document, made public and broadcast by various British media, the cause of death of the 96-year-old sovereign was “old age.” In addition, Elizabeth II, who reigned for 70 years, is recorded to have died at 3:10 p.m. local time at Balmoral Castle in Ballater, Scotland. However, following established procedures, it was not until 6:30 p.m. that her death was announced to the general public.

Meanwhile, Windsor Castle is listed as the place of usual residence. The words “Her Majesty Hers, the Queen” appear in the “profession” box on the certificate. 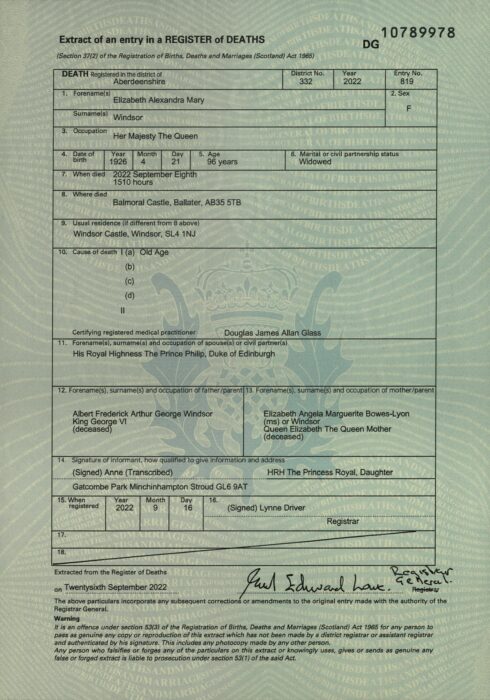 Since the end of last year, Buckingham Palace reported that the sovereign, who made history with the longest British reign, suffered from “mobility problems”.

Queen Elizabeth’s death certificate was signed by her daughter, Princess Anne, on September 16. Given the time of the monarch’s death, it is confirmed that at the time only two of the queen’s children were present at Balmoral, Ana and Carlos, in the company of his wife Camila. 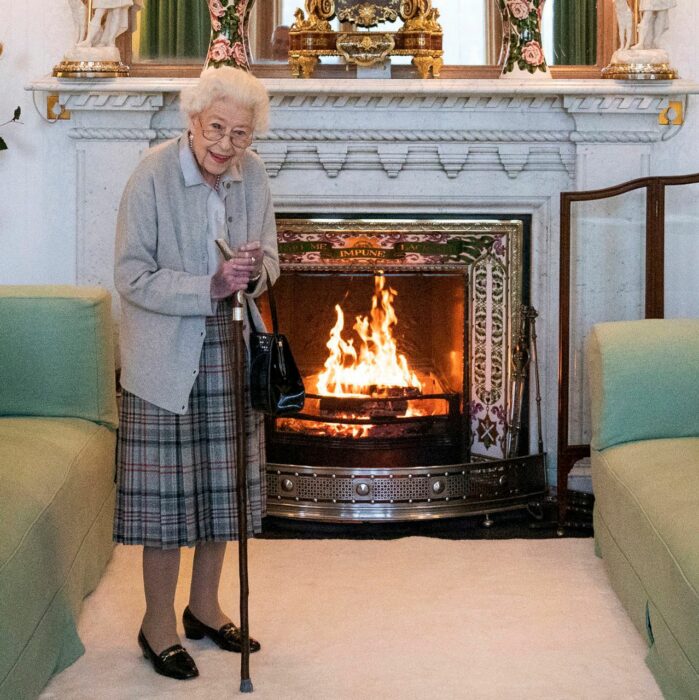 The rest of her children and Prince William arrived more than two hours after Elizabeth II’s death, while Prince Harry was the last to join the rest of the royal family. Queen Elizabeth II left the throne to her eldest son, Carlos, who became king under the name of Carlos III, while his wife Camila obtained the status of queen consort.

The reconstruction of the last hours of Elizabeth II’s life is based on a statement from Buckingham Palace, which at 12:30 p.m. on September 8 released a note publicizing concern about the queen’s health. 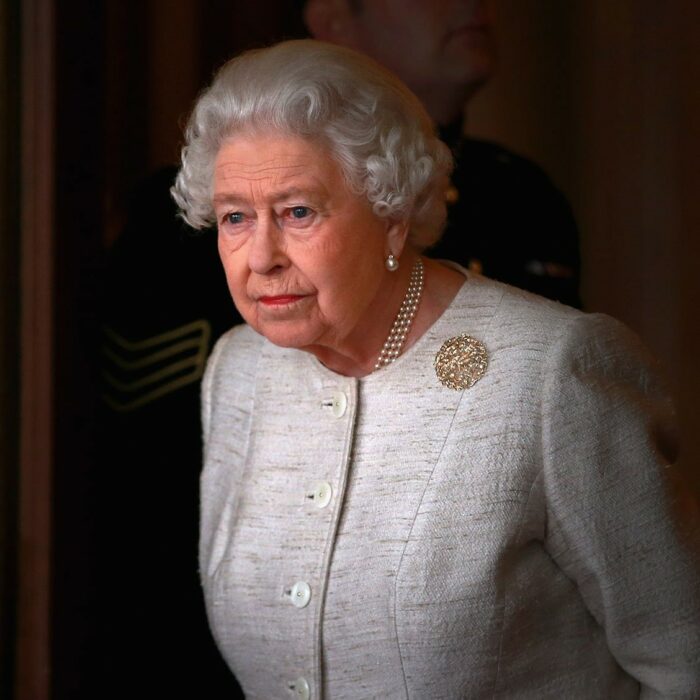 Later, the royal palace posted on its Twitter account: “The queen died peacefully at Balmoral this afternoon” to inform the world of the death of Elizabeth II.

Following the protocol of the London Bridge, Elizabeth II was buried 11 days after her death, on September 19, in the chapel of St. George, in Windsor Castle, in a ceremony broadcast in all the countries of the world. 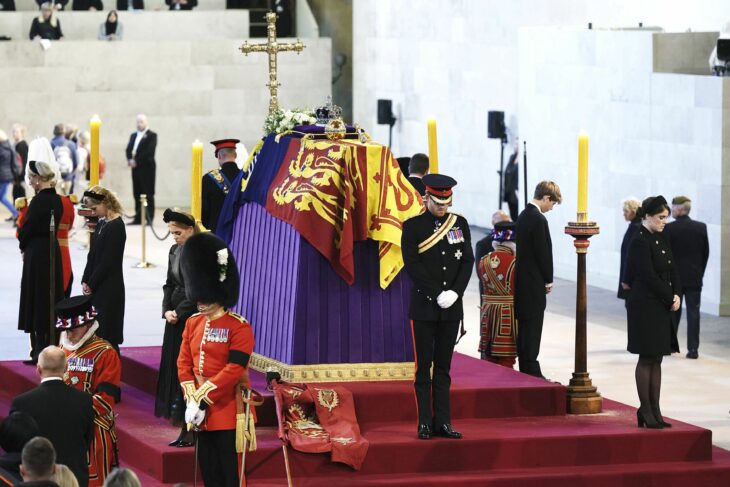 She now rests alongside her husband, Prince Philip, who died in April 2021, and her parents, King George VI and Queen Elizabeth. Recently, the royal family’s Twitter account posted a photo of the black marble slab that was installed inside the George VI memorial chapel. 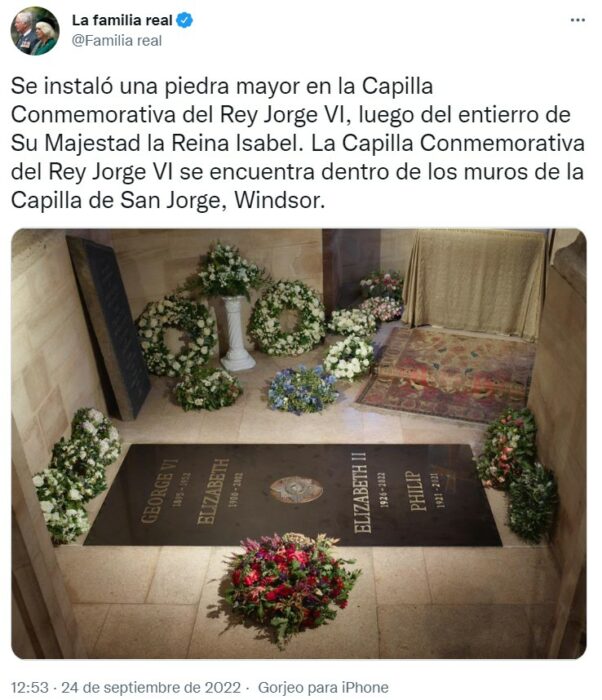 - Advertisement -
Share
Facebook
Twitter
Pinterest
WhatsApp
Previous article
What darks! He threw his funeral-themed birthday party and it went viral
Next article
Orlando airport will remain closed while others resume operations on Friday in Florida