Spider-Man: No Way Home is out in theaters very soon, featuring heroes and villains from old non-MCU Spider films. Against this background, I would like to recall what you remember and why the series from Raimi and Webb were closed, as well as how you managed to combine characters from completely different dimensions on one screen.

Spider-Man has always been one of the main characters in Marvel comics. In the mid-90s, the hero’s popularity reached its peak thanks to the animated series, which was broadcast on Fox Kids. Then the studio Sony acquired the rights to create a feature film about Spider-Man. Sam Raimi, known for “Evil Dead”, was chosen as the director. The script was rewritten several times, the creators could not decide on the main villains and their number, because the Spider has many enemies in the comics. In the end, Raimi made the apparently right decision, leaving only one – the Green Goblin. Thus, the film focused more on the hero himself (Peter Parker), his relationship with friends and Norman Osborn (who would become the villain), and his story of becoming a hero. Played Spider-Man Tobey Maguire.

According to the plot, a rather smart schoolboy Peter Parker lives an ordinary life. He is secretly in love with Mary Jane Watson, who is dating the bully Flash Thompson, and is friends with Harry Osborn, the son of a wealthy businessman. One day on a tour of the genetic laboratory, Peter is bitten by a strange mutant spider. The guy gets unique abilities: superhuman strength and reaction, the ability to climb walls and throw cobwebs. Meanwhile, at OsCorp’s lab, an experiment to create super-soldiers did not go according to plan. 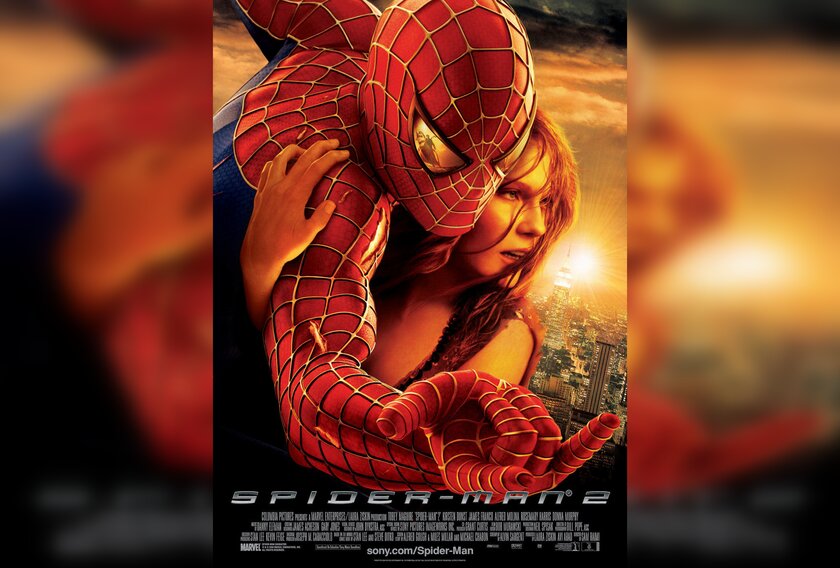 Raimi’s first film about Spider-Man received critical and audience acclaim. What’s more, Spider-Man was the first film to break the $ 100 million mark in its first week of release, making it the most successful comic book film of its time. They praised the sound, visual effects, character work, acting. The studio immediately launched a sequel into development. As a result, critics liked the second film even more. They praised the human and meaningful storyline again, and noted the dramatic improvement in special effects since the first film (“Spider-Man 2” even won an Academy Award for Best Visual Effects).

The film showed well the psychological aspect of how a teenager experiences the consequences of leading a double life. As a superhero, he does a pretty good job, protecting the city from crime every day, but as Peter Parker, he is losing ground. He almost loses his job, is constantly late for classes at the university, quarrels with his girlfriend Mary Jane, and so on. And the story of the genius scientist Otto Octavius, who, after another unsuccessful experiment in OsCorp, becomes the supervillain Doctor Octopus, is organically interwoven into this. 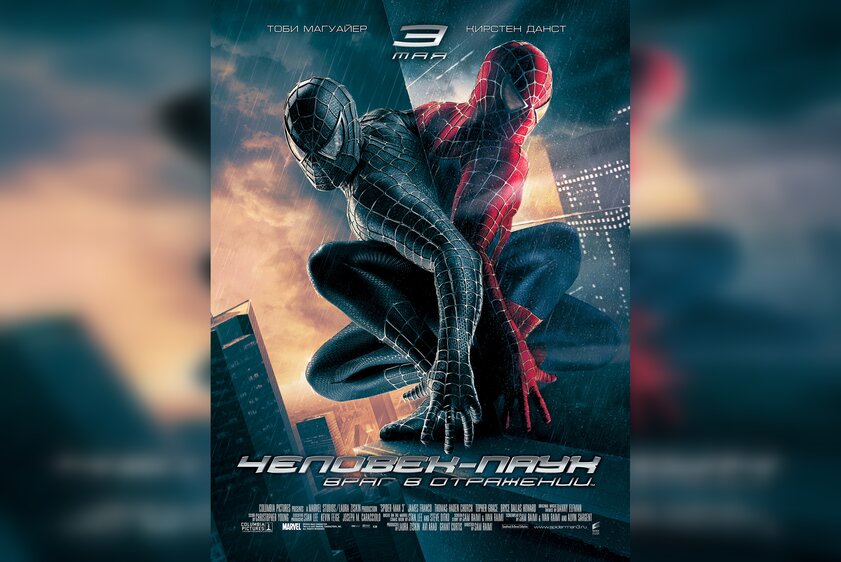 Raimi’s troubles began with the third part, when the studio pressed him to introduce additional characters (Venom) into the plot in order to sell more related products during the promotion of the film. As a result, the director failed to cope with the numerous secondary branches of the plot. The film was drawn out, oversaturated with melodrama. All this affected the actors, who did their job worse. And although Spider-Man 3 became a box-office successful film, and both Raimi and the studio had plans for the fourth part, creative differences prevented the series from continuing. The director wanted to return to more local and thoughtful stories, and the studio focused on the collection and sale of merch. Given that Sony’s bosses knew that the bad grades of the previous film would still hit the next film’s earnings. As a result, Raimi refused to participate in the sequel without freedom of action, and for a long time he could not get rid of remorse for poor work on the third part and the lack of the opportunity to fix everything.

Peter Parker will have to face not only dangerous villains, but also his own dark side. The alien symbiote greatly enhances the abilities of Spider-Man, as well as his not most pleasant character traits. He spoils relations with Mary Jane, Harry and everyone who is dear to him. Meanwhile, another powerful supervillain known as the Sandman appears on the New York crime scene. Now, more than ever, Parker needs to realize that with great power comes great responsibility.

James Webb Telescope is a new look at the Universe, says… 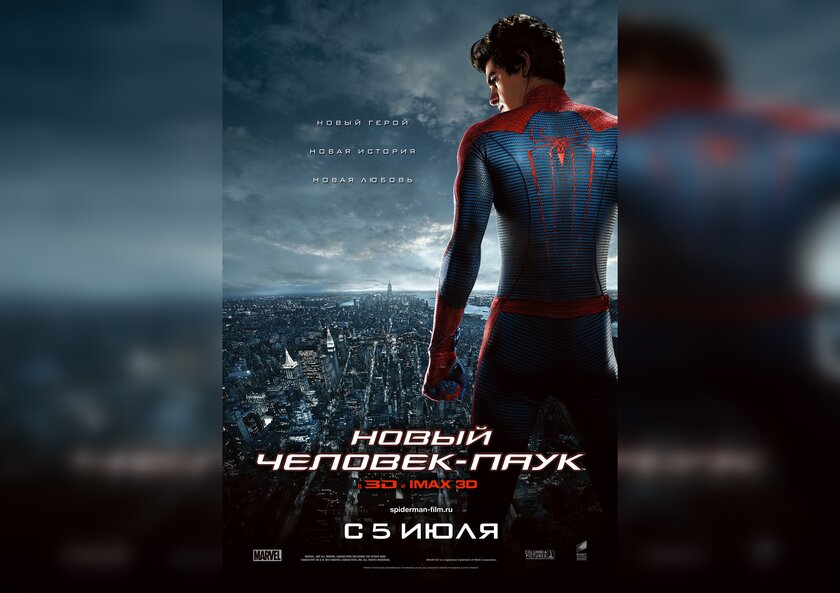 In 2010, Sony and Sam Raimi officially and permanently severed their relationship. So the studio decided to simply relaunch one of its main franchises to get rid of the tail in the poorly judged third film with Maguire (and Spider-Man is undoubtedly making huge profits). They decided to make the story more modern and focus more on the fact that Peter Parker is still a teenager and is just learning to use his powers. The studio invited Mark Webb, famous for the film “500 Days of Summer”, as the director. Andrew Garfield was cast in the lead role. Critics reacted positively to the film in general, and the audience was divided into two camps. Someone said that the restart did not bring anything new and there was no point in it, while someone was glad of such a quick return of the hero to the screens.

In this film, the audience is shown all over again. Peter Parker is an ordinary guy, an exemplary schoolboy. He is in love with his classmate Gwen Stacy, who secretly reciprocated her feelings, is attacked by bullies and so on. However, in this interpretation, Parker wants to figure out what happened to his parents. It is because of this that he gets to work in the laboratory of Kurt Connors, where he is bitten by a genetically modified spider. Parker gets incredible superpowers and his life changes forever. Connors, who was involved in the creation of a serum of rapid regeneration, decides to conduct an unauthorized experiment with an unfinished drug. This leads to the appearance of the Lizard. 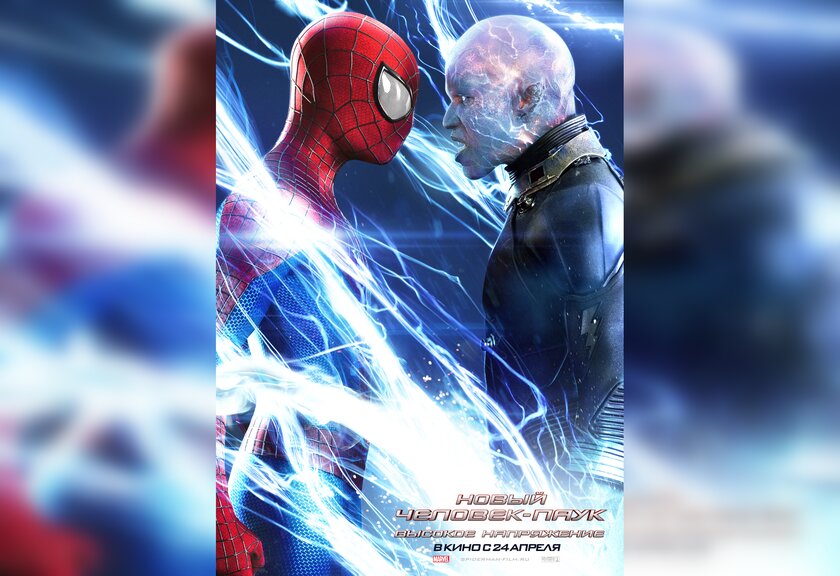 Despite the modest reception of the first part of “The Amazing Spider-Man” by critics and audiences, the studio did not hesitate to launch a sequel into development. Of course, the box office success was one of the reasons for this decision. However, the producers again made the same mistake as with Raimi’s films by introducing too many characters into one film. Spider-Man deals with his own problems, while Electro, Black Cat, Rhino, Green Goblin, Gwen Stacy and others are walking in the background. Of course, no one called High Voltage a bad film, but neither was it a good one. This has forced Sony to reflect on the future fate of Spider in cinema, especially against the backdrop of the success of the growing Marvel Cinematic Universe.

Peter Parker has a hard time, because spending time with his beloved Gwen is constantly interfered with by all sorts of villains with whom he has to deal with in the Spider-Man mask. In addition, school years are coming to an end, it is time to think about adulthood. Also, Parker’s old friend Harry Osborne is returning to the city, who is to lead the company of his deceased father. Everyone has their own problems, but they all face one big danger – the metahuman Electro has appeared in the city, able to control electricity. 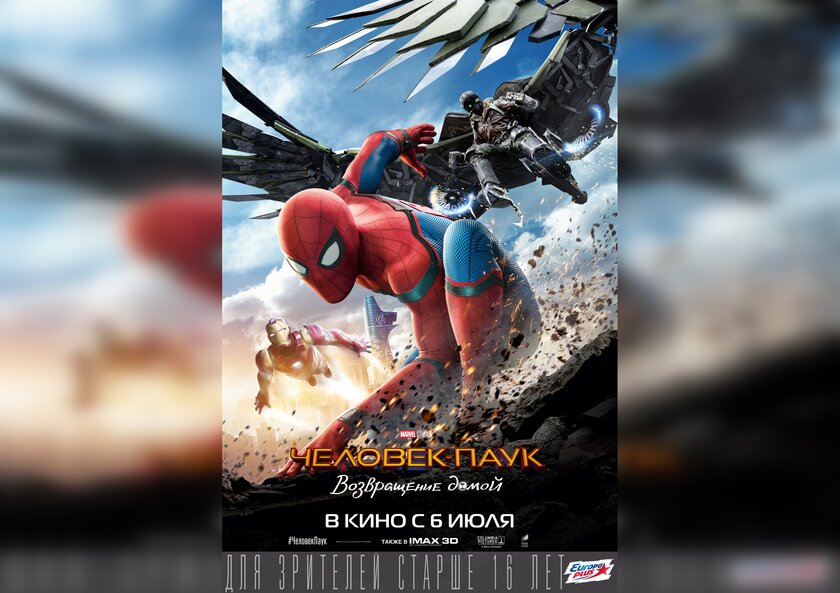 In 2015, it was announced that there would be no sequel to The Amazing Spider-Man. The reason was that Marvel Studios was able to negotiate with Sony to use Spider-Man in its cinematic universe. The Japanese studio knew that the third part of its own franchise could fail, but the film, shot by Marvel, would definitely bring profit to both companies. The first breakout was Spider-Man’s appearance in Civil War. Marvel decided to modernize their hero even more and hired 20-year-old Tom Holland (Maguire and Garfield were over 25 years old when they started playing Spider). The actions of the solo film take place after the events of “Confrontation”. Thus, Marvel avoided the need to once again show on the screen how Parker was bitten by a mutated spider.

After meeting with the Avengers team, Peter Parker returns home and tries to live a normal life under the tutelage of Aunt May. However, working with the greatest heroes of the Earth turned the young guy’s head. He began giving up his studies and other hobbies in an effort to impress Tony Stark. And although an experienced mentor advised Spider-Man not to get involved in serious business for now, the hero could not stand aside when a gang of high-tech weapons dealers began to wield the city under the leadership of Adrian Tooms, also known as the Vulture. 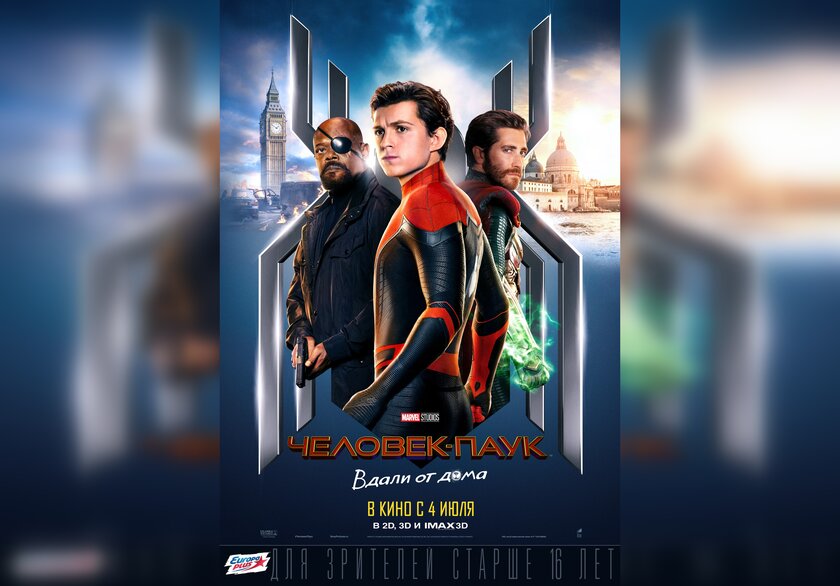 The first part received favorable reviews from critics, who praised the frivolous tone, orientation towards school life, and the acting of Holland and Keaton. In addition, Marvel Studios got the opportunity to use the Spider in their films just in time for the hero to be able to participate in the events of both “Confrontation” and “Infinity War” with “Endgame”. However, precisely because of the presence in such global stories, his solo film seemed too local and down-to-earth. And Marvel needed to find a balance in order to organically continue the story of both Spider-Man himself and the entire MCU in Far From Home. It turned out that the studio is quite capable of such a task.

Peter Parker, like the rest of the world, grieves the death of Tony Stark, who sacrificed himself in the battle with Thanos. In addition, the whole world is waiting for Spider-Man to become Iron Man’s successor in Avengers. Under pressure from the public and his own emotions, Parker decides to put off the suit for a while and just relax with friends. Together with the class, he goes on a trip to Europe during the summer holidays. However, Nick Fury appears and asks for help in the fight against elementals who came from another dimension. They will also be joined by an unexpected ally – Mysterio.

In Loki, Marvel Studios introduced the concept of a multiverse that finally freed the filmmakers’ hands to embed any character anywhere in history. One major step in this direction has already been shown by Sony in its Venom 2 post-credits scene. And given the scene after the credits in “Far From Home”, as well as the spell of Doctor Strange shown in the trailer for the third part, any heroes and villains from previous Spider films can appear in “No Way Home”, dead or alive, from any universes and in general whatever you like.

The deluxe skincare to put on your wish-list at Christmas

Derek Black Jan 26, 2022 0
THE Britain does not rule out imposing sanctions on Russian President Vladimir Putin if his country invades…

Jan 25, 2022
Judging by the faces, the audience sat at the parade Haute Couture spring-summer by Chanel he certainly did not…

Jan 25, 2022
THE bad weather "Hope" struck Greece with unprecedented severity from Saturday 22 / culminating in what the…

Gigi D’Alessio dad for the fifth time: Francesco was born