With a positive sign closes 2021 for the purchase of photovoltaics

The photovoltaic market started with positive growth rates in 2021, following the special year that preceded, as in 2020 the way the projects lock their tariff changed, with the declaration of readiness and not with the electrification. According to the available data from the HEDNO system administrator, by the end of October about 600MWp had been connected, of which 450MWp are estimated to be projects installed in 2020 and connected this year.

For 2021, market sources estimate that the market will once again approach 1GWp of new facilities, while it remains to be seen in the reports that will be available after the end of the year from HEDNO, how many projects will be connected to the network. The same sources point out that the vast majority of new installations were for small projects from 500KWp to 1MWp. At the same time, the market of self-production is estimated to show twice the size this year compared to last year, ie about 35MWp. In any case, the most important size for the market is the facilities of new projects as they determine the turnover, but also the jobs created by the industry.

Regarding the large and emblematic projects that started during the year, the largest photovoltaic park of the Greek market stands out, the famous project of Hellenic Petroleum in Kozani, capacity 204MW, the construction of which is nearing completion, while its connection to the network will take place in the first quarter of 2022.

In addition to ELPE, important projects have started to be constructed by PPC, which is developing 200MW of projects in Ptolemaida, 50MW in Megalopolis, while in 2021 another 15MW was started and completed in Ptolemaida.

Finally, the flagship projects of 2021 include the projects developed by Mytilineos from the portfolio of 1480MW acquired by EGNATIA. The company in particular started the development and construction of the first 140MW projects.

In terms of estimates for 2022, market sources predict that it will move upwards between 1GWp and 1.5 GWp, always at the level of installations. As they report, characteristics of this size are advocated by the new projects prepared by young and old market players. In addition, the market is expected to benefit significantly in the second half of the year from the expected de-escalation of prices at the level of equipment. In addition, an important role for the market, both in 2022 and 2023, will be the resumption of tenders for new RES projects to be carried out by RAE, in the framework of the new RES project support scheme with a time horizon until 2024. 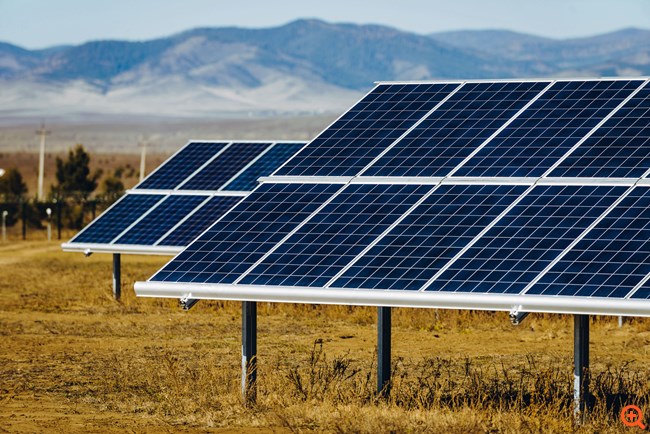 Who are the biggest players in the market?

The significant development of the industry in recent years, has significantly stimulated the field of design, development and construction of photovoltaic projects, where many large groups and smaller companies are active. In particular, in the EPC market of photovoltaics, large energy and construction groups such as GEK TERNA, Mytilineos, AVAX, Juwi are present. Along with the big players, other smaller companies are active in the EPC photovoltaic manufacturing market, which have larger shares in small and medium projects.

Finally, in the market of distribution of photovoltaic equipment, a number of companies are present, among which the German Krannich, which maintains a large market share with sales of 400MWp photovoltaic panels LUXOR Solar GmbH within 2021. The market also has a significant market presence. Active Energy Solutions, which is an authorized partner of Trina Solar for Greece and Cyprus. It is noted that the company has exceeded 300MWp in panel sales, having in fact only within 2021 total sales of 200MWp. Also, the companies Big Solar and Kafkas have a long-term presence in the distribution market.

UnionBank partners with Metaco and IBM

Because 2 out of 3 fund debtors will never pay

Jul 4, 2022
Former Tropical Storm Bonnie has strengthened and is now a hurricane with winds of 130 kilometers per hour and…

Jul 4, 2022
Pope Francis has dismissed rumors that he plans to step down in the near future, saying he is on his way to…
Prev Next 1 of 15,529
More Stories

One of the top managers of Binance left the company