Without reading these 10 books, I could not be called a fan of modern science fiction.

Science fiction (SF) differs from fantasy in that writers limit their imaginations to a scientific framework – they build their hypotheses and assumptions on the basis of proven facts, without resorting to otherworldly forces, magic, elves and everything that is boldly used in fantasy. Thanks to these realistic constraints, many people love science fiction. Now it is especially interesting to read modern works of this genre, that is, written in the 21st century, since the writers were guided by the facts of recent years. A dozen of these books that deserve the attention of any SF fan, and collected in this article.

While mining ore on a desert planet, the crew members of the spaceship, led by Amos January, accidentally find an unusual artifact – later he was nicknamed the Dancer for the ability to change the shape of objects. Such a thing could not go unnoticed, and soon almost everyone in the galaxy begins to hunt for it. The novel stands out for a long plot, during which the author acquaints readers with the smallest details about the world of the future and the sea of ​​inventions of developed civilizations. It is the scrupulous descriptions of all the nuances that attract science fiction fans, although it is more likely that this novel is more correctly considered a cosmooper. 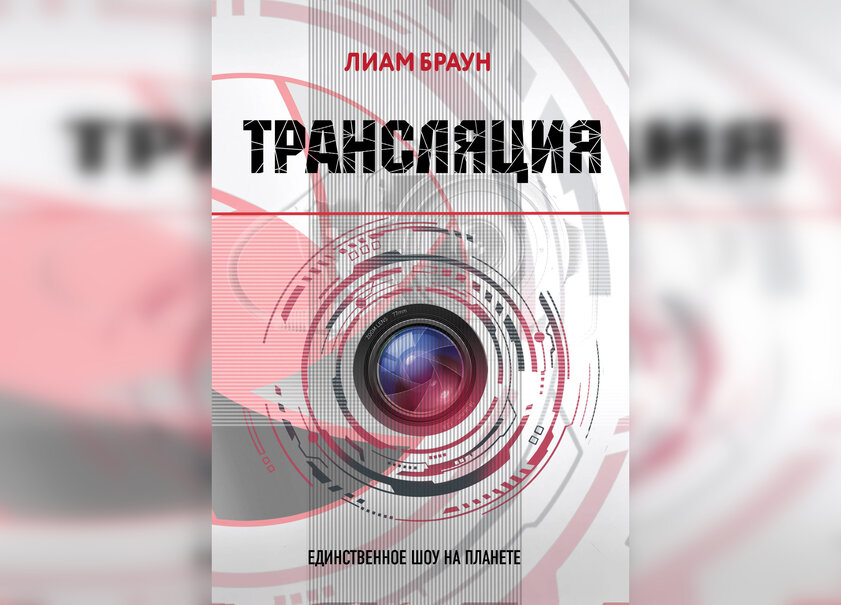 The ability to read minds and see other people’s memories is attractive to many. In the future, nothing is impossible – scientists have developed a chip that can transmit thoughts to a screen. A typical blogger agrees to test the technology on himself and becomes the most talked about person on the planet, because his consciousness is broadcast on billions of screens. He receives honor, respect and, most importantly, popularity – what else could a blogger dream of? But later it turns out that life becomes unbearable when anyone sees your thoughts and desires – the blogger begins to regret his decision and wants to remove the chip. But at this time it turns out that the scientists had a completely different goal of this experiment. Liam Brown’s “Broadcast” is filled with unpredictable protagonists, and the book itself is of interest primarily to adherents of the idea that technology enslaves people. 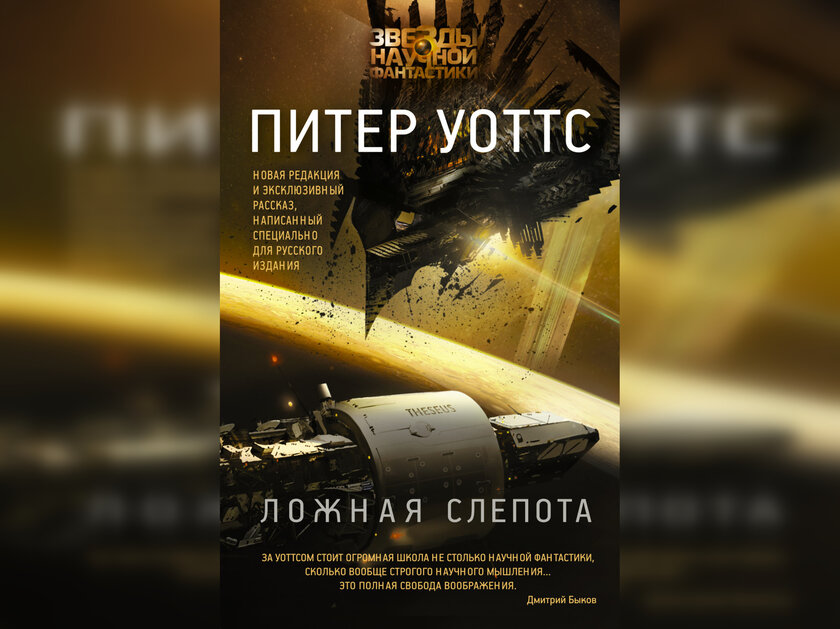 Peter Watts is confident that in the future, humanity will get rid of economic problems. People will invest all their efforts in technologies for transferring consciousness into the software environment and in space exploration. Just in such an era, scientists fix the source of someone else’s radio signal in the depths of space, for the study of which a crew from a military, negotiator, biologist, synthet and … a vampire is sent (yes, a vampire – humanity “resurrected” this species in order to use it for its own purposes). In the course of the narration, the author skillfully raises the most complex questions about virtuality, consciousness and personality, as well as about man and humanity. All this is wrapped in a wrapper of science fiction, of which there really is a lot – even in the dialogues of the heroes there are a lot of pseudo-scientific disputes and references to real theories and scientists, which an ordinary person will have to google almost every 10 pages. 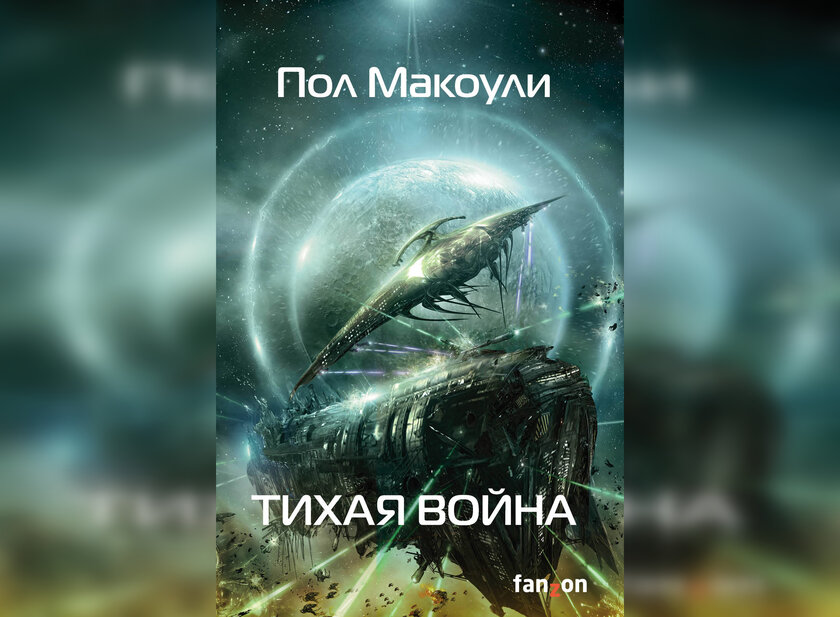 Most science fiction writers portray humanity of the future after centuries of continuous technological advancement. But Paul McAuley took a different path – in his history, people experienced the largest environmental catastrophe that returned humanity to pre-industrial life. As a result, power was distributed among several families, who enslaved the rest – some people fled to the moons of Saturn and Jupiter, organizing colonies there according to a democratic system. After a while, the inhabitants of the Earth and the settlers could not come to a common conclusion on the development of mankind and found themselves one step away from interplanetary war. 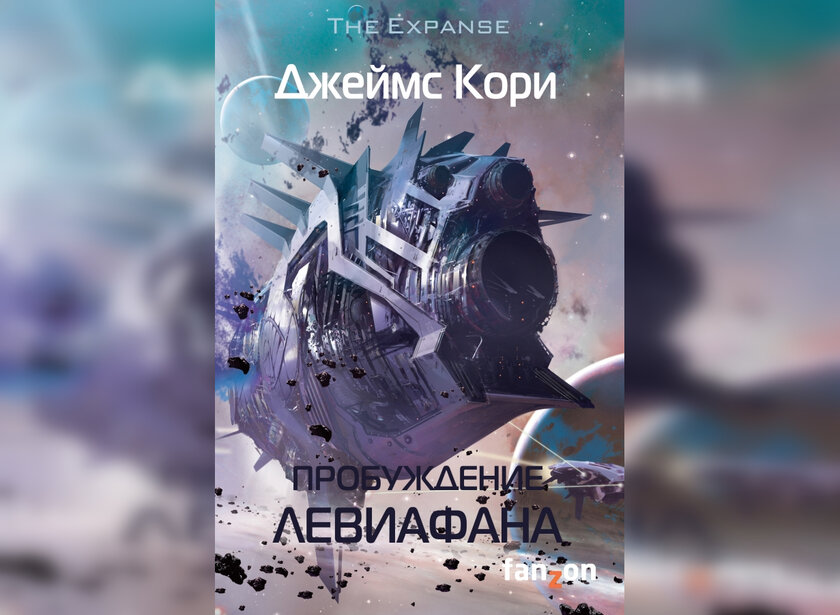 This book starts out in a pretty standard way for the Star Wars sagas, but gradually draws in the reader deeper and deeper. According to the plot, humanity has colonized the solar system and captured Mars with the Asteroid Belt – as expected, relations between the colonies begin to escalate, and exponentially. But this is not the biggest problem of humanity. The novel reveals in detail the entire negative of human nature in the face of intolerance, lust for power and anger. But despite all this, shrouded in death and darkness, the book can be considered optimistic – in the end it talks about hope for a world and a bright future, and thanks to deep moral messages, it is more than just an interesting story for fans of the genre. 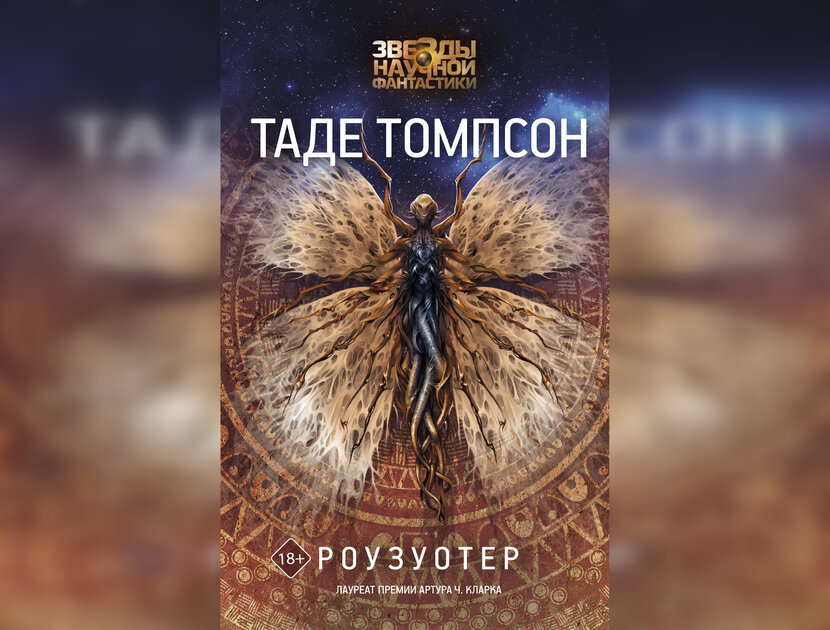 This is perhaps the most unusual story in the article, written by a Nigerian-born British author. He describes Nigeria in 2066 – a country of the future with all the problems of its modern version. This is a technological state, in which even in those years there was not enough water, and the inhabitants “turn” to magicians (with the help of drones) to expel demons from children. The main character is a former thief, but at the same time one of the most powerful telepaths who lives in Rosewater. This city grew up on the body of a giant alien, who fell on London years earlier and made its way to Nigeria by underground routes, organizing a settlement above itself and closing it with a dome inaccessible to human technology. By the way, this barrier throws controversy into the atmosphere, which are used to enter something like the Internet of the future. Sounds confusing? Definitely. But it is precisely the complex multi-layered plot with original ideas that attracts this novel. 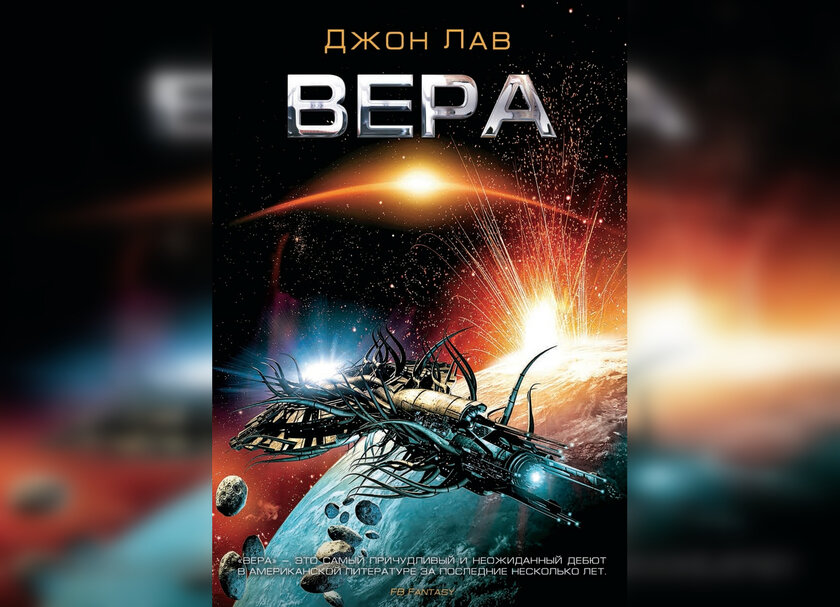 The planets colonized by people are threatened by a mysterious force (in the form of a spaceship), which several centuries earlier destroyed the state of intelligent predators. The best spacecrafts of mankind have no chance of victory, but there is no way out – one can only hope for a miracle. On the warships of mankind are sociopaths and psychopaths who have been resettled from normal people. Most of the book describes the apocalyptic battle between people and unknown evil, but in the course of the story, the emotions and experiences of the human crew of ships are discussed in detail – completely unexpected, given the psyche of the people on them. Throughout the entire fight, the intrigue remains, because the technologies known to people are opposed to an absolutely unknown and incomprehensible enemy. 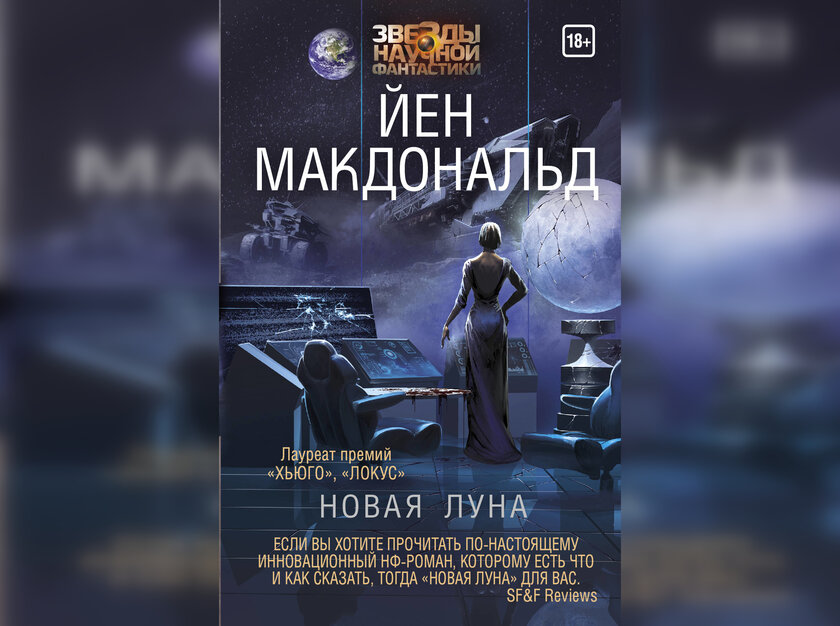 This novel is called the cosmic “Game of Thrones”, and it says a lot. All thanks to carefully painted intrigues, plot coups, brutal revenge and betrayal between five clans, which are waging a bloody war on the moon, where a new state was formed in the future. There are no laws on the earth’s satellite, but there are agreements between the above-described clans – the plot is twisted around all this. However, the detailed interweaving between the huge number of characters in the work is not suitable for everyone – from the first pages it is beyond the power of some to immerse themselves in the plot (that is, to understand the relationship of all the characters). 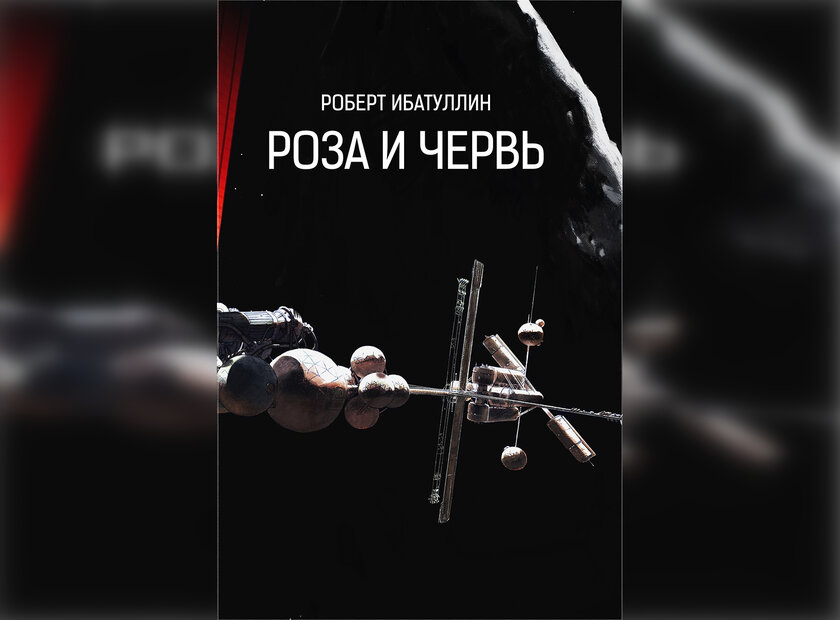 Usually books about science fiction begin with a bright future for humanity – even if they are on the brink of war with someone (even with other representatives of their species), this event is not preceded by any large-scale problems. But in the work “The Rose and the Worm” everything is somewhat different – people survived the catastrophic bombardment of the Earth by aliens, which made the planet uninhabitable and forced the survivors to move to different parts of the solar system. Robert Ibatullin does not go into details about the technologies of the future that are boring for many uninitiated people, but he still relies on scientific and technical facts – he just gives them exactly in the amount in which they need to be known to understand the plot. In the novel, many “techniques” are intertwined: notes of spy and political thrillers, psychological drama and action film, cosmo-opera and third-person memoirs. However, the reverse side was the rather cardboard behavior of the main characters and a slightly stereotyped image of the future. 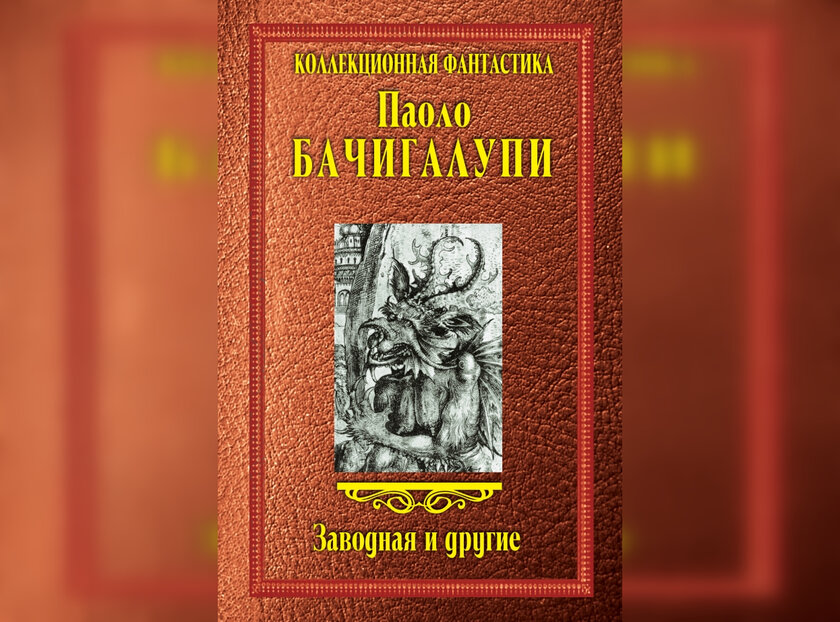 Another work that stands out for its non-standard plot against the background of the rest. In the XXIV century, Thailand has become almost the most powerful country, and many states have completely ceased to exist due to energy and biological disasters. The same fate befell most plants and animals, instead of which genetically modified creatures appeared. The world is on the brink of a new catastrophe, and the author talks about this from five points of view – from the perspective of each of the main characters, who are radically different from each other. However, none of these points of view can be considered true – not even the version from the spring girl Emiko (although the book is named after her), which was created by people to satisfy their own pleasures. In this world of the future from Paolo Bachigalupi, people have practically abandoned technological progress, obsessed with ecology – instead of the usual energy sources like electricity (and even coal), kinetic force is used, accumulated in special springs. The author managed to work out the characters in detail and describe in depth a bright, lively (in many senses) and at the same time realistic world of the future. Details like this make SF fans lose track of their time reading this book.

WTO cancels Ministerial Conference in Switzerland due to Ômicron variant

Jane Harper Nov 27, 2021 0
The Ministerial Conference of the World Trade Organization (OMC), which was supposed to take place from Tuesday…

Nov 27, 2021
"When I was young, everything in society seemed to target him Wedding. It was the expectation. It was inevitable.…

Omicron mutation: Two cases were detected in Germany and one in Italy

Nov 27, 2021
Two cases of it Omicron mutation were found in Bavaria, the state Ministry of Health announced today. The two…

Nov 27, 2021
There are thousands of reasons to love the holiday season, but for us, makeup comes first. Between parties with…
Prev Next 1 of 6,309
More Stories