Afghan women, mostly barefaced, demonstrated last Tuesday, May 10, in Kabul, Afghanistan to protest against the Taliban regime’s recent decision to force them to cover their faces when in public places. 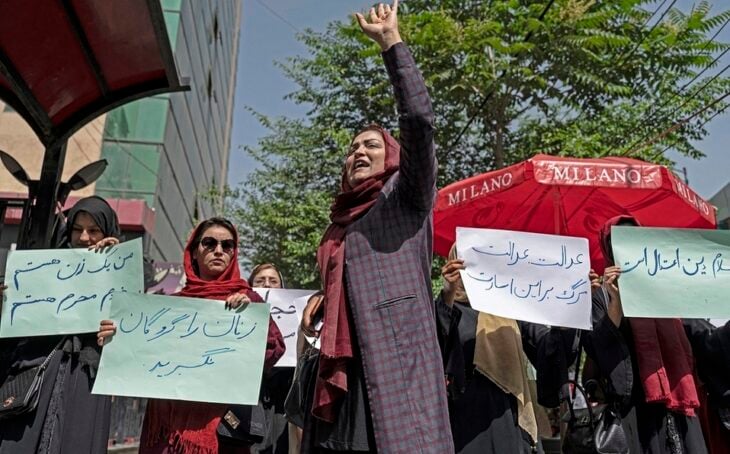 On Saturday, May 9, the Afghan government published a decree, approved by the Taliban’s supreme leader, Haibatullah Ahundzada, which prohibits women and girls in the country from showing their faces in public. In the decree, they indicated that, according to tradition, they preferred women to wear a burqa, a blue veil that leaves only a mesh at eye level. It should be noted that they explained that other veils that cover the entire face except for the eyes will also be tolerated.

Those who fail to comply with the provisions will be assigned a “guardian”, this is normally the husband or a direct relative of the woman who disobeys, who will be in charge of monitoring each of their steps. In extreme cases, women could be detained.

We want to live as human beings, not as animals, locked in a corner of the houses.

UNAMA is deeply concerned with today’s announcement by the Taliban that all women must cover their faces in public, should only leave their homes in cases of necessity, & that violations will lead to the punishment of their male relatives.
Full statements: https://t.co/D7XEsmv1te pic.twitter.com/Iw35PbDju5

The decree has not only generated discontent and indignation among Afghan citizens, since the international community has spoken about it. The United Nations Assistance Mission in Afghanistan (UNAMA), a mission created at the request of the government of this country to help establish clear foundations for human development and peace, said the following on social media :

UNAMA is deeply concerned by today’s announcement by the Taliban that all women must wear a face covering in public, should only leave their homes in times of need, and that rapes will lead to the punishment of their male relatives. 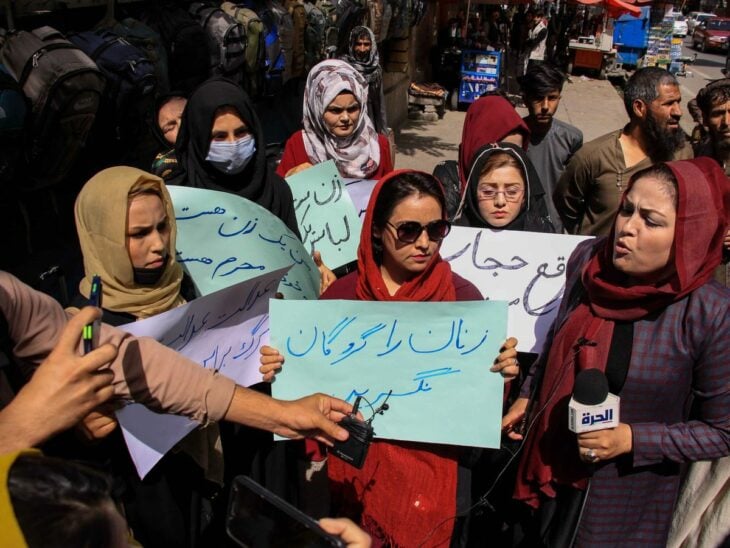 The decree also mentions that women who work in relevant departments and do not wear a hijab will be fired from their jobs without hesitation or exception.

After this decree came to light, organizations such as the UN and the United States government have mentioned that the Taliban continue to restrict the rights of people and, if it continues like this, their society could suffer one of the greatest setbacks of the human rights history.

Sneakers for metropolitan Cinderella: 10 happy ending models to have in the shoe cabinet

Terror for 113 passengers: The aircraft went off the runway and caught fire

Abortion, in Italy at least 31 health facilities with 100% of objectors

HalfMagic, the collection of Donny Davy, Euphoria’s make-up artist, is on sale…

Derek Black May 18, 2022 0
Polio broke out in Mozambique with the virus being detected in a child living in the northeastern province of…

May 18, 2022
Business and leisure travel around the world in 2022 is booming, with air bookings expected…

Germany: Economists propose raising the retirement age to 70 due to…

May 18, 2022
Increasing the retirement age to 70 is being suggested by economists in order to address the…

Kremlin: We see a complete lack of willingness of Ukrainians to…

May 18, 2022
Fire against her Of Ukraine launched on Wednesday (18/5) the Kremlin accusing the Ukrainians of a complete lack of…